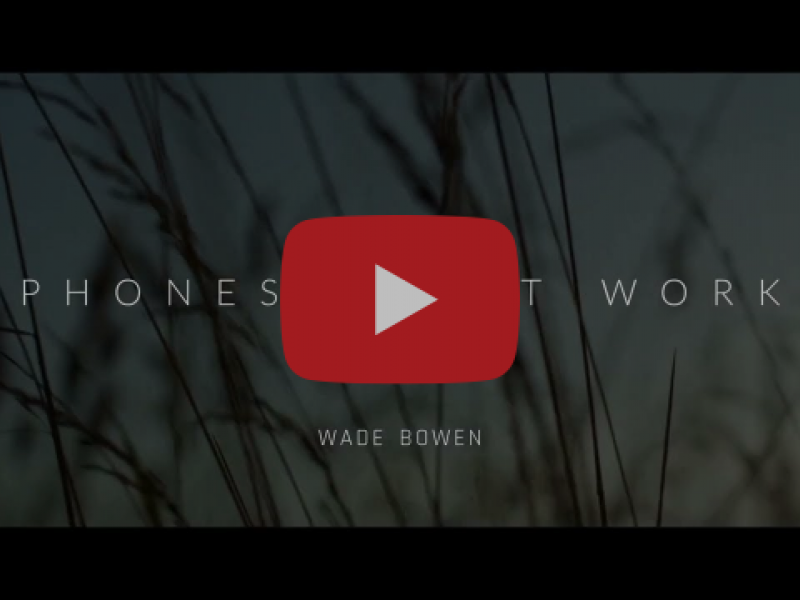 NASHVILLE, Tenn. – MusicRow’s “perennially popular” Wade Bowen reveals three and a half minutes of striking visuals to accompany the latest single off his recent six-song EP Where Phones Don’t Work with the official music video for “Phones Don’t Work” premiering today, March 28, at 7 p.m. CT via YouTube. Bowen will join fans in the comments to answer questions and offer behind-the-scenes notes from the making of the video.

Directed by Nick Livingston and filmed in both Bowen’s home state of Texas as well as Central Oregon, the official music video for “Phones Don’t Work” features scenic visuals of remote landscapes that live up to the song’s name. Written by Bowen, along with Aaron Raitiere and Rhett Akins – who joined Bowen’s recent Exit/In show that also earned buzz for surprise appearances by Charlie Worsham and ACM Entertainer of the Year Miranda Lambert – “Phones Don’t Work” yearns for the freedom of a technological escape:

I don’t know how many miles it’s gonna take
All I know is I ain’t hitting no brakes
'Til I’m way past the place where it don’t hurt
'Til she can’t call me
And I can’t call her
Hell, I don’t care
Anywhere phones don’t work

“Phones Don’t Work” follows lead single “When Love Comes Around” off the EP, with a full-length album planned for release later this year.

For more information on Bowen’s music and upcoming tour dates, including the annual Bowen Musicfest benefitting the Bowen Family Foundation this April, visit www.WadeBowen.com and follow on Facebook @TheWadeBowen or Twitter and Instagram @WadeBowen.