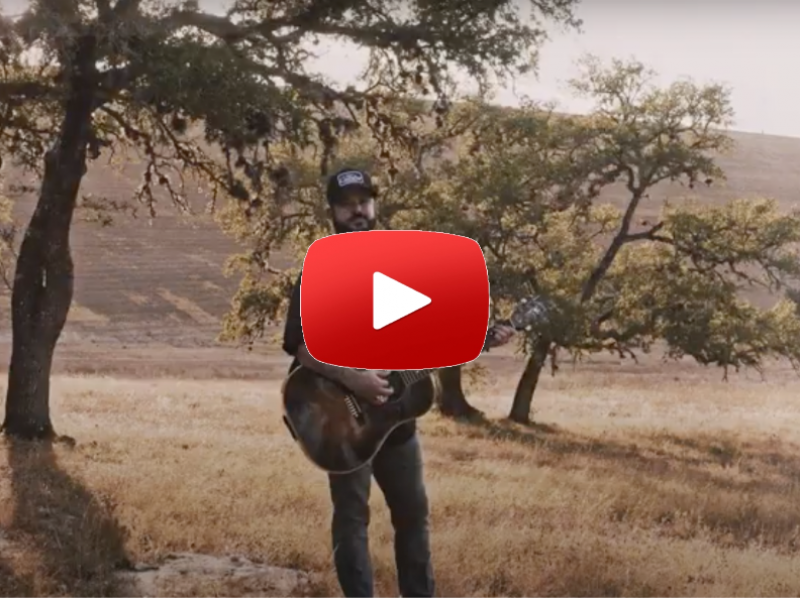 Bowen Debuts Official Music Video for Album’s Vince Gill Duet
“A Guitar, A Singer and A Song”
Watch HERE“12 songs that draw on his deep love of country-style songwriting, his stronger-than-ever voice, and a renewed excitement for creating and performing” – Forbes“Wade Bowen just released one of the best country albums of 2022” – Outsider

NASHVILLE, Tenn. – Renowned singer-songwriter Wade Bowen brought the music to Music City on Monday night, Aug. 15, with a special pop-up show to celebrate the release of his latest studio album, Somewhere Between The Secret And The Truth, as the project available HERE continues to earn praise from fans and critics alike.

“I’ve got some stories to tell about why I wrote certain songs, but this one here has no story at all,” he shared to laughter from the enthusiastic Analog at Hutton Hotel audience, kicking off the evening with feel-good opener “Honky Tonk Roll.” “Some nights you just want to let go; let loose; let your drunk alter ego come out and have some fun – here we go!”

Bowen performed the full track list throughout the night, sharing anecdotes from the creative process along the way and remarking on the special opportunity to get to perform a full album live in its entirety.

“With this record the last couple years, I found a newfound energy but along with that I dove into ‘80s and ‘90s country, which I’ve always been such a fan of,” Bowen reflected when introducing “The Secret To This Town” midway through his set. “I started writing more along those lines and I think that’s where the production and everything came from on this record.”

Singer/songwriter Ray Fulcher then joined Bowen on stage for their cowrite “If You Don’t Miss Me,” while Clint Ingersoll also made an appearance during their cowrite “Knowing Me Like I Do,” both receiving excited applause from the engrossed audience.

“This is one of those moments in my career that I believe, when I look back, it might be one of my favorite things that I’ll ever do,” Bowen remarked while introducing his critically acclaimed Vince Gill duet off the album, “A Guitar, A Singer and A Song.” “I tried really hard with this song to show the good and the bad of what we do, and why we do it… At the end of the day, when I lay my head down, it’s just me, my guitar, the songs I write and the songs I sing. That’s really all it comes down to and no matter how long or short your career is, that’s what you’re gonna end up with. I thought to myself, ‘man, I hope that I do enough in my career, however long it may be – I hope I do enough where people don’t forget me.”

Today, Aug. 17, Bowen also debuted the official video for the musical homage to a life of song, recently praised by Billboard as “a stunning ode to the creative tug at the heart of singer-songwriters,” offering a striking tribute to the musical friends and heroes who, like Gill, inspire him to keep relentlessly pursuing the dream of music. Watch HERE.

As Monday’s full-album performance then came to a close with its thematic anchor of a title track, the show was only getting started. Bowen launched into a rapid-fire succession of fan-favorites – taking requests along the way – as he thrilled the crowd with a career spanning selection of songs, including medleys from his 2021 EP Where Phones Don’t Work to the grand finale of hits “Sun Shines on a Dreamer” and “Saturday Night.”

The show capped off a celebratory album release weekend for Bowen, who also appeared at the Country Music Hall of Fame for a songwriting session on Saturday before making his sixth appearance on the Grand Ole Opry stage that night. Bowen will continue to bring the new music to fans as his tour dates span the U.S. through the remainder of the year.

Seen as one of the genre’s finest and most genuine modern voices, Bowen’s approach stays rooted in tradition, but also stands on the creative cutting edge. His focus remains on writing unique songs with a literary quality and shifting his sonic territory to match his life, as evidenced by uplifting lead single “Everything Has Your Memory” and new release “A Guitar, A Singer and A Song” (featuring Vince Gill) off his latest album, Somewhere Between The Secret And The Truth, available now via Thirty Tigers.