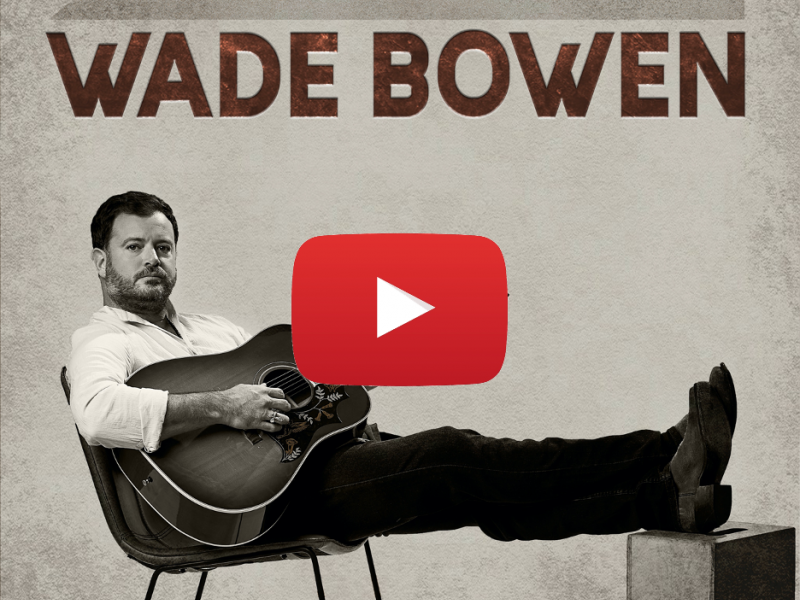 NASHVILLE, Tenn. – Having announced earlier this week that his first new solo music in over three years is on the way, Texas native Wade Bowen shares the first taste of what’s to come with brand-new single “When Love Comes Around” available everywhere today. The passionate love song produced by Paul Moak offers an uplifting message from the singer-songwriter and is the lead single off his forthcoming Where Phones Don’t Work EP, set for release November 19 via Thirty Tigers and available for preorder HERE starting today, October 22.

“While slowing down and reflecting over the past year, I felt a calling to create more uplifting music that would be exciting to incorporate into our shows, since we’re so grateful to be playing live again,” reflects the man praised by MusicRow for his “renewed sense of joy.” “There’s a new sense of hope and a new sense of urgency with this music. I’m just so inspired again.”

Born in Waco and schooled in the clubs surrounding Lubbock’s Texas Tech University, Bowen combines the hardscrabble Country realism and Rock showmanship he was raised on in the new song. He grew up listening to icons like Kris Kristofferson, Creedence Clearwater Revival and Willie Nelson and his lyricism in “When Love Comes Around” demonstrates his appreciation for these greats, merging tradition with cutting-edge creativity while solidifying his decades-long success as a roots-rock poet.

“This is a love song, but it doesn’t feel like a love song. It feels like a life song,” shares Bowen of the track written together with Eric Paslay and Heather Morgan. “That was the whole point of this project – I want to lift people up. I want to make them feel good.”