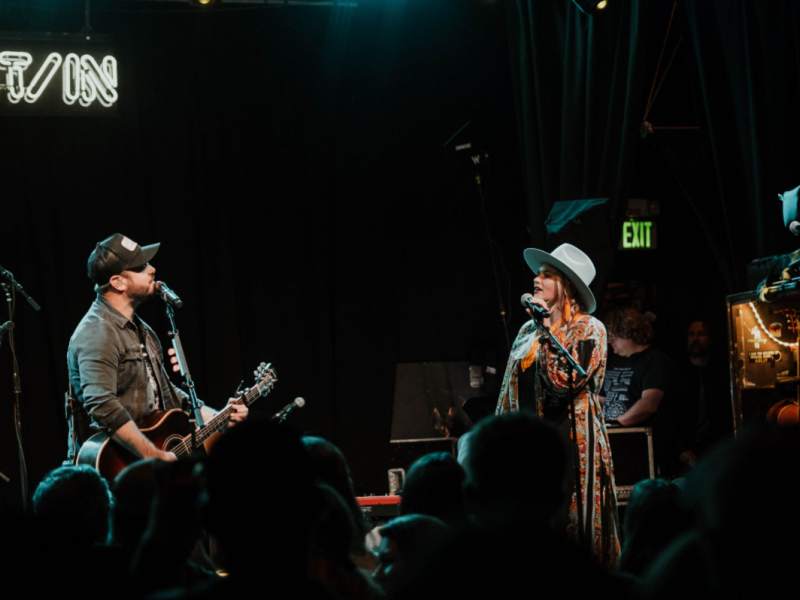 NASHVILLE, Tenn. – With the recent release of six-song EP Where Phones Don’t Work, Texas troubadour Wade Bowen offered fans a glimpse at his first new solo music in over three years, driven by a renewed sense of focus and passion inspired by his time off the road. Now, with a return to his ferocious touring schedule fully underway, Bowen embraced the sense of community in Nashville that played such an important role in creating that new music.

Following opening sets by his friends (and renowned singer/songwriters) Rhett Akins and Lee Roy Parnell, Bowen took the stage at the storied club with “Sun Shines on a Dreamer” before performing a new song from his latest EP, “Where We Call Home.” Over the next hour-plus, Bowen treated fans to his most popular songs as well as beloved album cuts, including “Who I Am,” “Mood Ring,” “West Texas Rain,” current single “Phones Don’t Work” and more.

The man praised by MusicRow as “perennially popular” and an artist who “can always be counted on for country excellence” had stopped by WSM’s “Coffee, Country & Cody” a day earlier to preview the show, remarking that he likes to treat his performances like a family gathering: “My stage is everyone’s stage.”

Keeping true to that sentiment, Bowen not only invited Akins and Parnell back up to join him –with the collaborative moments creating a jam-session feel in the intimate venue during songs such as Parnell’s “On the Road” and Akins’ “That Ain’t My Truck” – but he also had a few surprises up his sleeve.

Not only did Bowen bring Charlie Worsham to the stage; after seemingly closing out the set with his ever-poplar “Saturday Night,” Bowen also invited his Texas compatriot and reigning ACM Entertainer of the Year Miranda Lambert out, thrilling the crowd with a rendition of Keith Whitley’s classic “Miami My Amy.”

The stage was full of friends as the night came to a celebratory close, punctuating the evening with an all-sing of Merle Haggard’s “Ramblin’ Fever.”

“Two decades into his music career, Bowen’s music retains a newcomer's energetic fervor, melded with his signature blend of sounds from across the wide spectrum of Texas music,” remarks Billboard – and on a Wednesday night in Nashville, that fervor was on full display.

For more information on new music and upcoming tour dates, including the annual Bowen Musicfest benefitting the Bowen Family Foundation this April, visit www.WadeBowen.com and follow on Facebook @TheWadeBowen or Twitter and Instagram @WadeBowen.