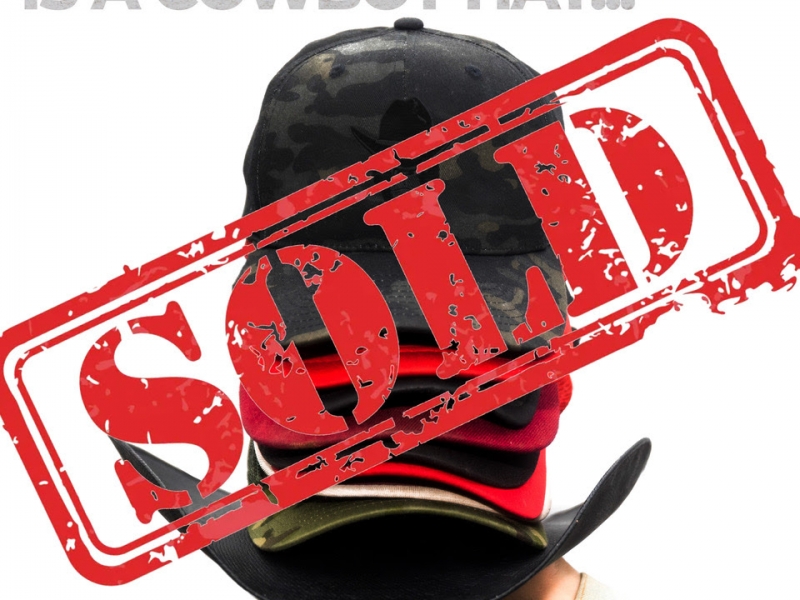 NASHVILLE, Tenn. – Country rocker Scott Stevens is releasing a modern take on the 1995 John Michael Montgomery smash “Sold (The Grundy County Auction Incident)” today on all platforms. Listen to the song and pre-save the album HERE. “Sold” is one of 16 tracks featured on Every Hat Is a Cowboy Hat…, Stevens’ debut album for Verge Records, due out May 13. Stevens will also release “Missin’ You”—a moving tribute to his grandfather—to radio next month.

This album is the culmination of years of effort for Stevens. The East Tennessee native has long found himself walking two very different paths, making the decision more than a decade ago to attend law school while also envisioning a career in the music business.

“Though I’m blessed to suit up and do my thing as a civil rights attorney, my dream has always been to support my family with my music,” Stevens says.

Each of the 16 tracks on Every Hat Is a Cowboy Hat… reveals a little more of Stevens’ multifaceted artistry. From the quirky, up-tempo “New Boots,” the sultry “Neon on Ya,” and the catchy “I Feel Good” to the poignant “Missin’ You” and sweetly romantic “Come Home to Me,” Stevens confidently explores country, southern rock, rap and R&B to develop his signature style.

After graduating from the University of Alabama School of Law, Stevens hit a turning point: “I remember starting a job right after graduation and thinking that it was just the most boring thing ever,” he muses. “I looked at the girl I was dating (who is now my wife, Katie), and I said, ‘Look, I don't want to lose you. But I’ve got to go to Nashville.’” Seven years of marriage and three kids later, Stevens finds himself successfully multitasking while balancing two careers and a family of five.

Every Hat Is a Cowboy Hat… Track Listing
Songwriters in parentheses

About Scott Stevens
East Tennessee native Scott Stevens is a self-declared “groove-obsessed” country rocker, lawyer, husband and father of three. He blends rhythm, soul, loud guitars and percussive lyrics to produce his own unique sound. Stevens has been writing, producing and performing since his earliest days in the church, and then as a fixture on the UT Knoxville college bar circuit while attending school there. Upon graduation, he attended law school at the University of Alabama. After passing the bar, Stevens moved to Nashville to make music while also serving the community as a civil rights attorney.

About Verge RecordsVerge Records, an independent label originally founded by Emmanuel Zunz in 2006 and the genesis of global music company ONErpm, relaunched in June 2019 with music producer, publisher and artist manager Mickey Jack Cones at the helm as co-founder and president/COO. Verge Records is based in Nashville and utilizes ONErpm’s international presence for distribution and to leverage opportunities for its roster.