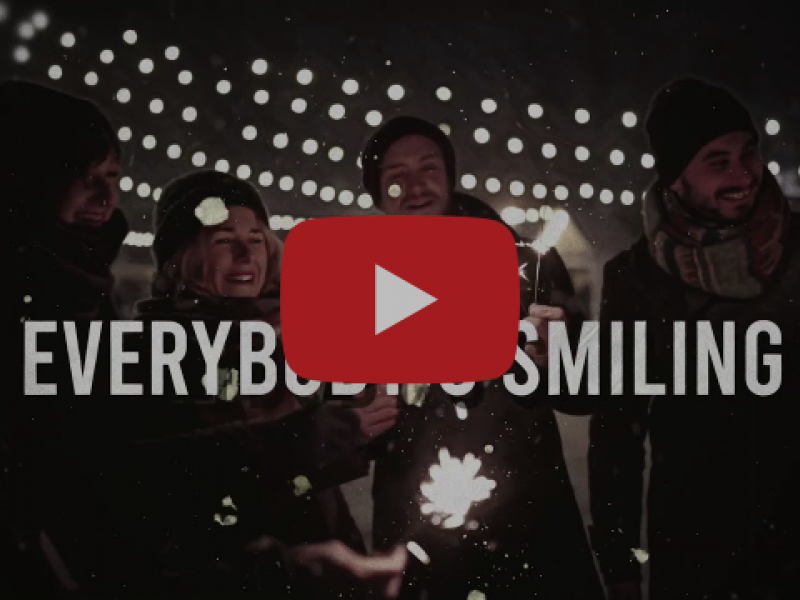 If there were ever a year that Americans needed a little extra joy at the holidays, 2020 is it. But Verge Records flagship artist Jay Allen’s approach is even better. The first Christmas song he’s ever written wistfully asks why can’t it be “Christmas Everyday” and is available today, Friday, Nov. 27 HERE.

“After opening for Rodney (Atkins) and Rose (Falcon) last year in Nebraska,” Allen explains, “we became friends and started writing together. When the label asked if I wanted to release a Christmas song, my first thought was to do a cover featuring Rodney and Rose. I’m so glad that Rodney intuitively suggested we write something of our own.”

The track, produced and co-written with Kyle Schlienger (“In Case You Didn’t Know” by Brett Young) allows each artist their time to shine with their own verse. The layering of mandolin with the lush strings are the perfect accompaniment to their harmonies. Poignant lines in the verses like “the streets are holy quiet” and “loving on the ones we love and holding on just a little tighter” prepare the chorus to soar:

About Jay Allen:
Born in a small town in the American Plains, Jay Allen is passionate not only about his music, but is also deeply committed to raising money for Alzheimer’s, the disease that took his mother from him just over a year ago. This year, in honor of World Alzheimer’s Day, Allen appeared on Chicago’s WGN “Midday News” in an interview about his viral social media release, “Blank Stares.” Allen’s “Blank Stares” reached over 300 millions views on Facebook and caught the attention of Verge Records COO, Mickey Jack Cones. To date, Allen has helped raise over $35 million dollars for the Alzheimer’s Association through his involvement with the Rita Hayworth Gala, Brain Ball and numerous other events worldwide. Jay Allen is booked by the Kinkead Entertainment Agency.
About Rodney Atkins:
With eight Top 5 singles, six No. 1s, and over 1 Billion career on-demand streams under his belt, Atkins is one of Country music’s most prominent artists. Continuing to be recognized as a powerful voice on Country radio, his Platinum-selling No. 1 “Watching You” earned the songwriter a BMI “Million-Air” award and the top spot on Country Aircheck’s top-played songs of the decade list. Atkins was the second most-played male artist of the decade overall. He has also sold over 13 million units and earned ten career Gold, Platinum and Multi-Platinum RIAA certifications to date, including his latest Gold-certified single, “Caught Up In The Country (feat. The Fisk Jubilee Singers),” which also set the record for longest-running single in Billboard Country Airplay history at 57 weeks. Atkins recently performed on NBC’s TODAY Show, GMA’s Strahan & Sara, and FOX & Friends.