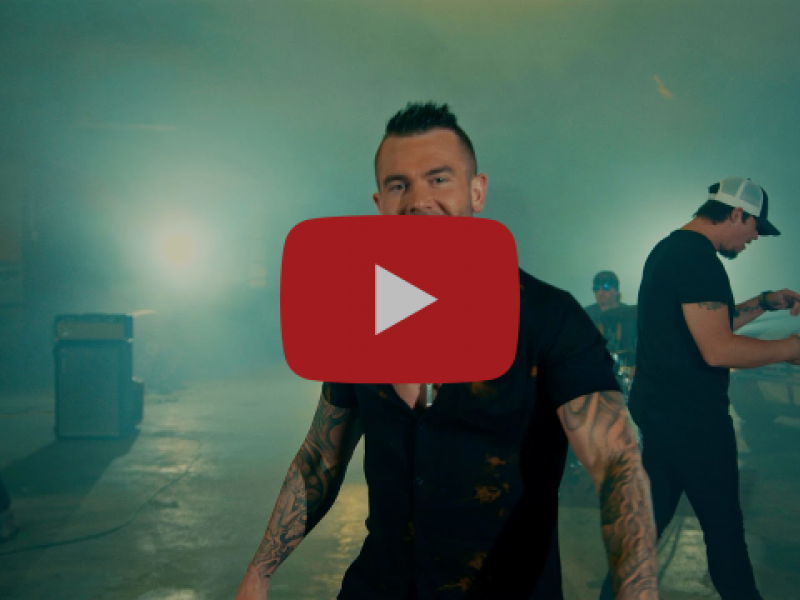 NASHVILLE, Tenn. – Maybe it’s the 72 tattoos adding to his swagger, but Nashville singer-songwriter Jay Allen is feeling invincible thanks to the release of his new EP Bulletproof, a four-song collection featuring Allen as a co-writer on every track. Bulletproof, produced by Micah Wilshire, is available everywhere now, via Verge Records.

Coinciding with the EP’s release, the video for lead single “Mustang on Mud Tires,” featuring fellow artist, co-writer and Allen’s fiancée Kylie Morgan, is also now available online after PEOPLE.com received the exclusive first look. “Mustang” is the perfect blend of city meets country (“I’m an insider on the outskirts/I like to mix a little city in my red dirt”) with a dash of small-town nostalgia, pairing Allen’s rich, melodic lead vocal with the stylized riffs of co-writer and country rapper, Nate Kenyon.

The title track, “Bulletproof,” is a timely, mid-tempo tribute to the metaphorical shield a woman’s love can provide in today’s difficult and uncertain world (“Auto fire, under attack; the shots were raining down/Just when I needed cover, you became my armor”).

Rounding out the project are two bad boy/good girl ballads: “Hell Outta Me” is the quintessential modern day love song (“Baby, you must be an angel/’Cause damn, girl, you love the hell outta me”), while “After You” is a heartfelt salute to the one who has helped picked up the pieces and will never be forsaken (“It don’t matter who I was before I met you, let’s leave it all behind/Baby, after all we’ve been through, there’s no after you”).

Allen caught fans’ attention in 2018 with “Blank Stares,” a song he wrote for his mother (who passed away that year from early-onset Alzheimer’s) that went viral with more than 300 million views on Facebook. Since then, Allen has helped raise over $40 million dollars for the Alzheimer’s Association. The song also caught the attention of Mickey Jack Cones, who signed Allen as Verge Records’ flagship artist.

Bulletproof  launches Allen into the country stratosphere. The singer’s vocals resonate with openness and vulnerability, while still splashing a little mud on the tires and reveling in life. “When I first moved to Nashville,” Allen muses, “I almost felt embarrassed that I was from the northern Plains and had this rock edge about me. I tried to cover it up, act and even talk more southern. But now that I’ve been here awhile, and I’ve experienced some success in music by being vulnerable, I’ve realized that it’s okay to be true to me.”

About Jay Allen
Born in a small town in the Great Plains, Jay Allen is passionate not only about his music but is also deeply committed to raising money for Alzheimer’s, the disease that took his mother from him. He has always loved the authenticity and storytelling of country music and has worked tirelessly to bring his distinctive version to a broader audience. Jay Allen is booked by the Kinkead Entertainment Agency.