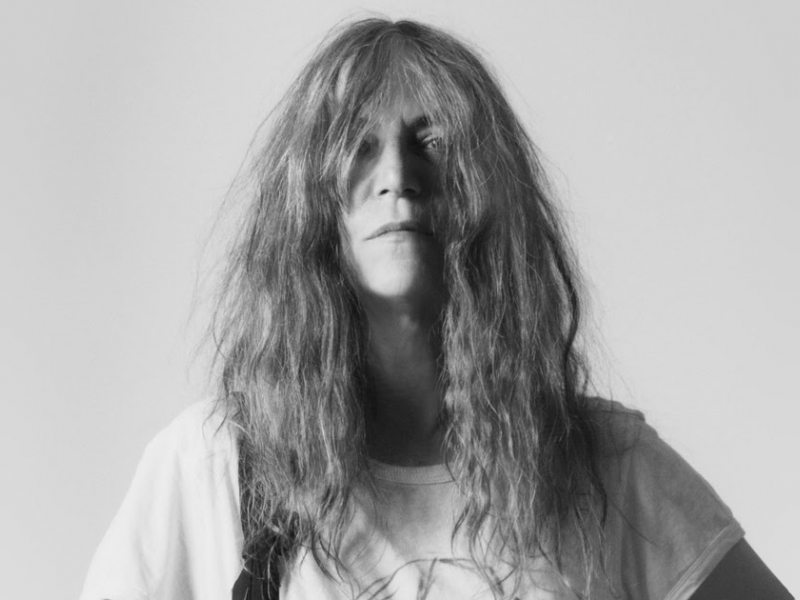 NASHVILLE, Tenn. – Four-time GRAMMY nominee and Rock and Roll Hall of Fame member Patti Smith will perform at the historic Ryman Auditorium on Oct. 21 at 7:30pm CDT. Tickets start at $49.75 and are available now at ryman.com.

Smith was awarded the prestigious 2010 National Book Award for her bestselling memoir, Just Kids, chronicling her deep friendship with photographer Robert Mapplethorpe and the evolution of their work. Her books include Witt, Babel, Woolgathering, The Coral Sea, Auguries of Innocence, Collected Lyrics, M Train, Devotion and Year of the Monkey.

Smith holds the honor of “Commandeur des Arts et des Lettres” from the French Ministry of Culture. She was honored by ASCAP with the Founders Award in 2010, representing lifetime achievement, and was the recipient of Sweden’s 2011 Polar Award, an international acknowledgement for significant achievements in music. In 2013, Smith received the Katharine Hepburn Medal from Bryn Mawr College, recognizing women whose contributions embody the drive and work ethic of the celebrated actress. In 2014, Barnard College Board of Trustees presented Patti Smith with their Medal of Distinction. In 2016, she was awarded the Burke Medal for Outstanding Contribution to the Arts in Trinity College, Dublin.

Her renowned band includes guitarist and author Lenny Kaye, who she has collaborated with since 1971, drummer Jay Dee Daugherty since 1975, Tony Shanahan on bass and keyboards, since 1996, and her son, guitarist Jackson Smith, for over a decade.

A Grammy nominated singer, songwriter and guitarist who has built a remarkable 30+ year career on the foundation of his gritty and soulful Delta swamp blues, Tab Benoit joins forces with Samantha Fish for a powerful co-bill that goes beyond the promise of the guitar fireworks that surround the unique and different styles that both artists are known for. Samantha Fish has quickly ascended from one of the most promising young blues performers on the scene to a stage-savvy, multi-talented performer and songwriter. Tab Benoit will be joined by members of his legendary Voice of the Wetlands Allstar line up including Big Chief Monk Boudreaux, Johnny Sansone and Waylon Thibodeaux. Tab Benoit’s Swampland Jam encompasses Louisiana’s rich musical culture from the bayous to the swamps delivered with all the fiery energy needed to turn your ticket to a concert to a Louisiana Saturday night. Tickets start at $30.

Beyond the instantly identifiable riffs and equally recognizable vocals, Jerry Cantrell will always be known as a songwriter, first and foremost. Those songs comprise his influential catalog as co-founder, vocalist, and lead guitarist of the iconic Alice In Chains and as a solo artist whose music resounds across culture. His music can be heard in the films of Academy® Award winner Cameron Crowe and Judd Apatow in addition to blockbuster franchises such as John Wick and Spider-Man. Throughout his career, he’s garnered eleven GRAMMY Award nominations, logged multiple No. 1 hits at radio, sold north of 30 million records, and received the 2020 Museum of Pop Culture Founders Award as part of Alice In Chains. Additionally, he received the Stevie Ray Vaughan Award from MusiCares. Tickets start at $35.