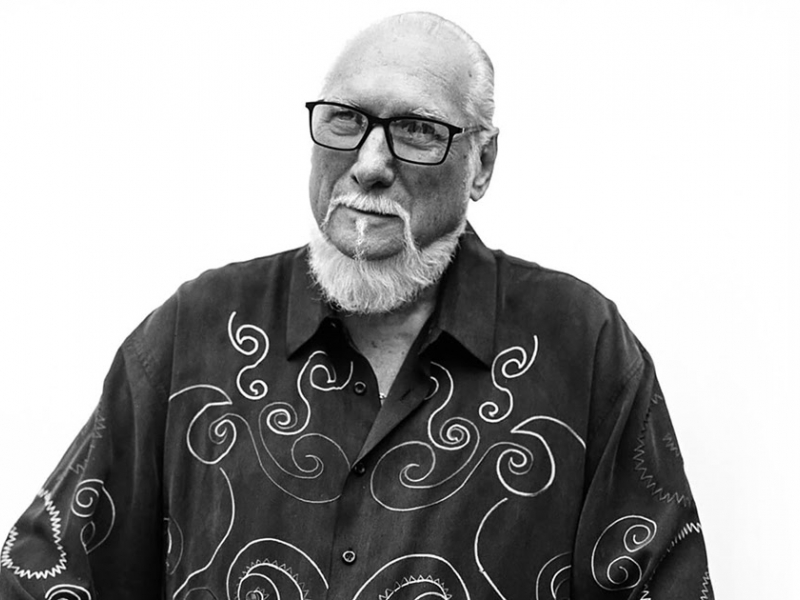 NASHVILLE, Tenn. – Fresh off the release of his solo album, Fire It Up, The “Colonel” Steve Cropper announces Steve Cropper’s 80th Birthday Bash: An All-Star Concert Celebration at Ryman Auditorium on Sept. 7 at 7:00pm CDT. Tickets start at $25 and are available at ryman.com.

Booker T. & the MG’s were born when Cropper, keyboardist Booker T. Jones, drummer Al Jackson and bassist Lewie Steinberg were hired for a session in late summer 1962 at the then-fledgling Stax Records. When the rockabilly singer of the quartet was ostensibly hired to accompany finished early, the four musicians whiled away their time jamming on blues. Unbeknownst to any of them, Stax co-owner and erstwhile engineer Jim Stewart turned on a tape deck. Satisfied with the results, the four newly constituted band members worked up a second side which came to be known as Green Onions.

Cropper also continues to be an in-demand musician and producer. His string-bending talents were most recently showcased on the latest Paul Simon, Ringo Starr, Buddy Guy (Heavy Love) and Johnny Lang (Wander This World) albums. He also contributed his talents to efforts from Elton John and Steppenwolf.

Chevelle is the understated musical powerhouse who have continually delivered rock anthems for the past 27 years. 2021's NIRATIAS was recorded over 2019 and 2020 with their long time producer, Joe Barresi. Platinum and gold albums across their 8 studio records, 7 number one hits, 17 songs reaching the top 10 charts, over 5 million records sold in the USA and many more world wide. 2 compilation releases, a successful live CD and two live DVD releases completes their extensive body of work to date. It's all credit to their continuing dedication to be true to their craft, the genre and their fans. With no signs of this Chicago alternative rock duo slowing down any time soon, their numerous chart topping releases have certainly earned this band a place in American rock music history. Tickets start at $25.

The Long Island quintet Dream Theater are, in the 21st century, the standard bearers of progressive metal. Dream Theater have largely defined and expanded the music's horizons since 1986. The band's ability to deliver tight, melodic, musically sophisticated songs and thematic concept recordings that encompass elements of hook-based hard rock, riff-fueled metal, syncopated prog, and refined lyrics have made them the act that subsequent bands aspire to and are measured by. Released in 2019, Distance Over Time was the first album by the band to clock in at less than an hour in length in over a decade. Taking the album on the road, Dream Theater played a sold-out show at London's Apollo, which was recorded for prosperity. Released in November 2020, Distant Memories: Live in London, not only featured live tracks from the album, but a 20th anniversary celebration of their 1999 concept album, Metropolis, Pt. 2: Scenes from a Memory. Tickets start at $39.50

Four-time Grammy Award-winning, platinum-selling duo and Curb | Word Entertainment recording artist for King & Country have announced A Drummer Boy Christmas Tour will return to the Opry House for 2021! Joel and Luke Smallbone will be bringing their annual Christmas spectacle to Nashville, performing their Top 10 album A Drummer Boy Christmas live in concert, as well as selections from their industry record SIX consecutive No. 1 hits. Fans will have the chance to see for King & Country perform their No. 1 charting, world renowned version of the Christmas classic “Little Drummer Boy.” To get a taste of what to expect, check out the duo’s sparkling performance of “Little Drummer Boy” on ABC’s CMA Country Christmas. For fans that can’t make it in person, Joel and Luke invite you to experience the concert streamed live from the Opry House. Livestream tickets start at $19.99 and in-person tickets start at $35.

Over the last four decades, Béla Fleck has made a point of boldly going where no banjo player has gone before, a musical journey that has earned him 15 Grammys in nine different fields, including Country, Pop, Jazz, Instrumental, Classical and World Music. But his roots are in bluegrass, and that’s where he returns with his first bluegrass tour in 24 years, My Bluegrass Heart. My Bluegrass Heart is the third chapter of a trilogy which began with the 1988 album, Drive, and continued in 1991 with The Bluegrass Sessions. The project features a who’s who of some of the greatest instrumentalists in bluegrass music’s history alongside some of the best of the new generation of players mandolinists Sam Bush, Sierra Hull, and Chris Thile; fiddlers Michael Cleveland and Stuart Duncan; celebrated multi-instrumentalist Justin Moses, bassists Edgar Meyer and Mark Schatz, and the amazing Bryan Sutton and Molly Tuttle on guitar. Tickets start at $39.50.