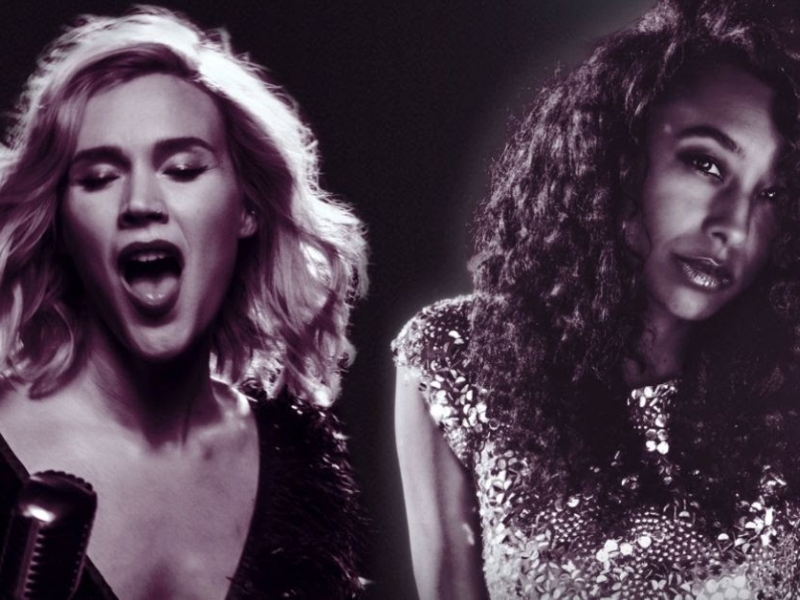 NASHVILLE, Tenn. – Known around the globe as one of the best performance halls in the world, Ryman Auditorium celebrates all genres, backgrounds and people on its stage and in every pew with its diverse calendar, including recently announced shows Yungblud, Joss Stone & Corinne Bailey Rae, Tedeschi Trucks Band, Conan Gray, Randy Houser and Jessie James Decker. See the full show calendar and purchase tickets at ryman.com.

Outside the historic hallowed hall, the Ryman presents Fall Friday Jams on PNC Plaza. The Party on the Plaza concludes tonight, featuring live music, food trucks giveaways and more, sponsored by Hiller, MTSU, New Belgium Beer Company and Farm Bureau Health Plans. Live music will run from 6:00-7:30pm. There will be concessions for sale on the plaza along with ticket giveaways, food trucks and more. Entry is free and you do not need a ticket to the show to attend the plaza party.
ON SALE NOW AT RYMAN AUDITORIUM

Emerging from the gritty north of England, YUNGBLUD brings an explosion of raw energy and thought-provoking lyrics. He has created his own blend of alternative rock: poetry, guitar-hooks and break-beats with a fierce determination to make a dent in pop-culture. Dangerously sexy, startlingly bold yet emotionally grounded YUNGBLUD drops a grenade on his audience members imprinting himself in their minds. Tickets start at $29.50.

Two-time GRAMMY Award winner Corinne Bailey Rae gained a loyal fan base with her self-titled No. 1 UK debut album in 2006, featuring the global hits “Put Your Records On” and “Like A Star.” Her second album The Sea was nominated for the prestigious Mercury Music Prize and she has received multiple BRIT and BET Award nominations over the course of her career.

GRAMMY-winning artist Joss Stone rose to fame with her multi-platinum debut album The Soul Sessions and her follow up album Mind Body & Soul topped the UK Album Chart. She became one of the best-selling soul artists of the 2000s, and the best-selling British artists of her time. Stone has earned several awards including two Brit Awards and one GRAMMY Award and is currently working with Legendary musician (Eurythmics) Dave Stewart on a new album that will be released soon on Bay Street Records. Tickets start at $45.

Long before closing in on over 3 billion streams in three years, achieving platinum singles, and attracting unanimous applause courtesy of everyone from Sir Elton John to Taylor Swift, Conan Gray turned his bedroom into an escape from the darkness around him and a de facto creative hive. At just 12-years-old, the Central Texas native wrote songs at a feverish pace and engaged followers on social media with a flurry of content, including hand drawings, photographs, Vlogs, and raw thoughts. By the time he released his debut single “Idle Town” in 2018, the audience was not only ready for what he had to say, but they also needed it. Over the next three years, he filled that need with the Sunset Season EP, three sold out North American tours and two sold out European tours, and his 2020 full-length debut album, Kid Krow [Republic Records]. The record bowed at No. 1 on the Billboard Top Pop Albums chart, No. 2 on the Top Album Sales chart, and No. 5 on the Top 200, scoring “The Top New Artist Debut of 2020” and “The Top Solo Full Length Album Debut of 2020.” It yielded a pair of platinum singles—“Heather” and “Maniac.” Tickets start at $29.50.

With an inimitable voice The New York Times describes as “wholly different, thicker and more throbbing, a caldron bubbling over,” Randy Houser racked up three consecutive No. 1 hits with his album How Country Feels, plus earned critical acclaim for his powerful delivery of the Top 5 smash and CMA Song of the Year-nominated “Like A Cowboy.” Houser added a fourth No. 1 to his catalogue with “We Went” from his 2016 album, Fired Up. Houser’s fourth studio album, Magnolia, marks a new era for the singer/songwriter which many have called “Houser at his best.” Listeners got their first taste of Houser’s critically acclaimed rootsy project with the Top 30 hit “What Whiskey Does,” which debuted at Country radio as No. 1 Most Added. In early 2021 Houser teamed up with good friend Jamey Johnson to share the stage on their unforgettable co-headlining Country Cadillac Tour. The tour, amongst the first routed tours in 2021, consisted of 18 social-distanced tour dates and a one-of-a-kind live stream: Live from Graceland from the iconic home of Elvis Presley. Tickets start at $33.

Slash—the iconic, Grammy-winning, American rock guitarist, songwriter and film producer—has amassed album sales of over 100 million copies, garnered a Grammy Award and seven Grammy nominations, was inducted into the Rock and Roll Hall of Fame and is a New York Times Best-selling author. SLASH is considered one of the greatest rock guitar players of all time and one of the most recognizable faces in pop culture worldwide. Time magazine placed Slash at No. 2 (Jimi Hendrix was No. 1) in its list, “The 10 Greatest Electric Guitar Players.” Slash created signature sounds like the guitar riff on No. 1 hits for Guns N’ Roses “Sweet Child o’ Mine” and “Welcome To The Jungle.” After leaving the band, Slash went on to critical acclaim with Slash’s Snakepit and global success with the supergroup Velvet Revolver before embarking on his own solo career. After landing on the top of the charts with his first solo album, Slash (2010)—which featured Ozzy Osbourne, Fergie, Myles Kennedy and more—he formed his current band Slash Ft. Myles Kennedy & the Conspirators (SMKC)—which features Myles Kennedy (lead vocals), Brent Fitz (drums), Todd Kerns (bass/vocals) and Frank Sidoris (rhythm guitar)—who’ve been touring worldwide and making music together non-stop for over a decade. Tickets start at $49.50.

Bert Kreischer is a stand-up comedian, actor, writer and host who performs to sellout crowds across the country. His most recent stand-up special Hey Big Boy, as well as Secret Time and The Machine, is currently streaming globally on Netflix. Described as having a “rare and incredible talent” (Interrobang), Bert has evolved from being named Rolling Stone’s 1997 “Number One Partier in the Nation” to one of the top names in comedy. Between his four stand-up specials, his two podcasts (Bertcast and 2 Bears 1 Cave), his Netflix show (The Cabin), and his book (Life of the Party: Stories of a Perpetual Man-Child (2014)), Bert has succeeded in finding the elusive blend of “being a cringe comedian with real insight” (Interrobang). Lauded as one of the best storytellers of his generation, Bert seamlessly and sincerely shares anecdotes about his family and fatherhood while showing his ability to prove “that there’s a way to take his [party-boy] antics into middle-age,” (Forbes). In 2021, Bert was honored by Variety with the Creative Impact in Comedy award, to celebrate his continued success and impressive innovation, quoting his sincere nature that his “success isn’t a surprise … and he couldn’t be anything, but himself” (Variety). Tickets start at $39.75.

About the Grand Ole Opry
Opry presents the best in country music live every week from Nashville, Tenn.  The Opry can be heard at opry.com and wsmonline.com, Opry and WSM mobile apps, SiriusXM, and its flagship home, 650 AM-WSM. The Grand Ole Opry is owned by Ryman Hospitality Properties (NYSE: RHP).  For more information, visit opry.com.