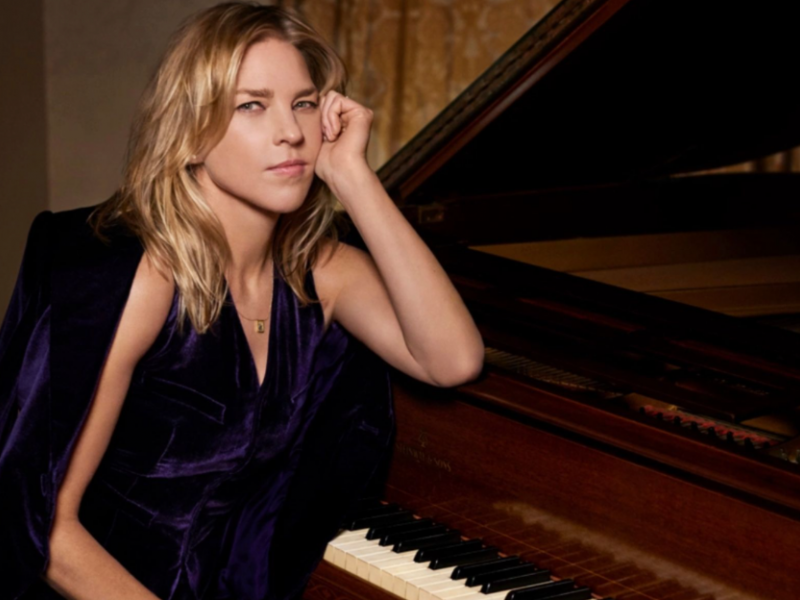 NASHVILLE, Tenn. – Known around the globe as one of the best performance halls in the world, Ryman Auditorium celebrates all genres, backgrounds and people on its stage and in every pew with its diverse calendar, including recently announced shows Garth Brooks, Diana Krall and Little Feat. See the full show calendar and purchase tickets at ryman.com.

Outside the historic hallowed hall, the Ryman presents Fall Friday Jams on PNC Plaza. Before all Friday night shows from Oct. 22 through Oct. 29, each Party on the Plaza will feature live music, food trucks giveaways and more, sponsored by Hiller, MTSU, New Belgium Beer Company and Farm Bureau Health Plans. Live music will run from 6:00-7:30 pm each night. There will be concessions for sale on the plaza along with ticket giveaways, food trucks and more. Entry is free and you do not need a ticket to the show that night to attend the plaza party.

DIANA KRALL
Jan. 26, 2022 at 7:30pm CST
GRAMMY Award-winning and multi-platinum jazz singer Diana Krall is the only jazz singer to have eight albums debut at the top of the Billboard Jazz Albums chart. To date, her albums have garnered two Grammy Awards, ten Juno Awards and have earned nine Gold, three Platinum, and seven multi-Platinum albums. Her 1999 release of When I Look in Your Eyes spent an unprecedented 52 weeks in the No. 1 position on Billboard’s Jazz chart, won two GRAMMY Awards, and went Platinum in the U.S. and Canada. Tickets start at $59.50.

Little Feat’s trademark blend of California rock, funk, folk, jazz, country, rockabilly and New Orleans swamp boogie rests on a base of improvisational skill and jazz-based chops. In August 1977, the band brought along a recording team to four shows in London and then three in Washington, D.C., and they captured sonic gold with Waiting for Columbus. Backed by the Tower of Power horn section, with whom they’d recorded Feats Don’t Fail Me Now, they romped through extended versions of a stellar song selection that included “Fat Man in the Bathtub,” “Spanish Moon,” “Dixie Chicken”, “Sailin’ Shoes,” and “Feats Don’t Fail Me Now,” as well as the iconic truck driver’s lament, “Willin’.” Tickets start at $39.50.

The original Jersey boy himself, Frankie Valli is a true American legend. His incredible career with the Four Seasons, as well as his solo success, has spawned countless hit singles. With unforgettable tunes like “Sherry,” “Walk Like A Man,” “Big Girls Don’t Cry,” “Rag Doll,” “December ‘63 – Oh What A Night,” “Can’t Take My Eyes Off of You,” and of course, “Grease.” Frankie Valli and the Four Seasons have sold over 100 million records worldwide. They continue to tour throughout the U.S. and abroad to packed houses receiving nightly standing ovations from thrilled fans of multiple generations. Tickets start at $45.