TRACE ADKINS WILL BE HOME FOR CHRISTMAS IN NEW MUSIC VIDEO 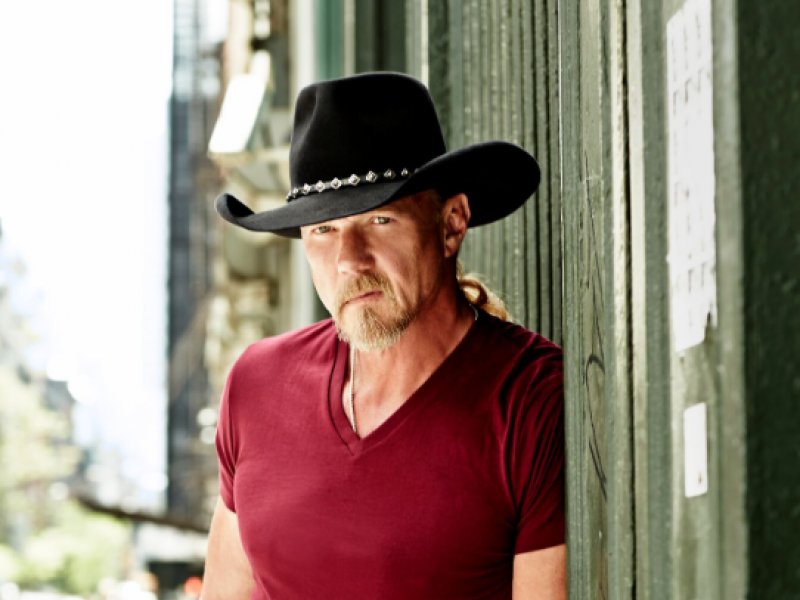 For country hitmaker and Grand Ole Opry member Trace Adkins, the holidays are more than just presents under the tree. Known for his humanitarian efforts through Wounded Warrior Project and American Red Cross, Adkins recently partnered with Shriners Hospitals for Children for a special holiday campaign featuring a new rendition of “I’ll Be Home for Christmas” featuring background vocals and an appearance by Exile, available exclusively online via music video this holiday season.

“It is my distinct honor to be part of Shriner’s Hospital for Children’s holiday campaign,” reflects Adkins. “Children are truly the purest and most innocent among us and don’t deserve any of the pain they have to endure. My sincere hope is that - as a father who has been blessed with five healthy daughters - I can play a small part in helping not only the children but the families of the children as well.”

“Shriners Hospitals for Children is proud to partner with country star and humanitarian Trace Adkins this holiday season,” said Mel Bower, chief communications and marketing officer for Shriners Hospitals for Children. “The compassionate values Adkins represents align perfectly with our health care system’s mission to make the world a better place by providing hope and healing to children, and we are so honored to collaborate with him on this very special project. We hope everyone enjoys this music video, which features some of our incredible Shriners Hospitals’ patients, as much as we do.”

The GRAMMY nominated country hitmaker plans to entertain fans throughout the holiday season at Gaylord Opryland’s dinner show: “A Trace Adkins Christmas featuring songs from The King’s Gift.” The celebration kicked off last weekend on November 9 with the annual tree lighting at Gaylord Opryland and Adkins’ performance dates will run through December 25, 2018. Tickets and more information can be found here.

A multi-faceted performer, Adkins has seen success in the recording studio as well as on the silver screen. The Louisiana native released his 12th studio album Something’s Going On with BBR Music Group’s Wheelhouse Records last March featuring songs “Watered Down” and “Still a Soldier,” which pays tribute to veterans and again highlights the compassion and dedication the artist has for our servicemen and women. The country music icon recently starred in the box office smash “I Can Only Imagine,” which was the third biggest-selling movie in America on its opening weekend, and has appeared in films such as “Lincoln Lawyer,” “Deepwater Horizon” and “Moms’ Night Out.”

Fans can see Adkins perform on NBC’s TODAY on December 18 and on the road in 2019 with Blake Shelton on his Friends & Heroes 2019 Tour.

ABOUT TRACE ADKINS
Towering baritone Trace Adkins has sold more than 11 million albums and charted more than 20 singles in his 25 years in Nashville, a remarkable run for one of country music’s most easily identifiable stars. The Louisiana native recently released his 12th studio album, Something’s Going On, on BBR Music Group / Wheelhouse Records. A three-time GRAMMY Award nominee, Adkins has won three Academy of Country Music Awards, including the 2009 Single of the Year Award for “You’re Gonna Miss This” and Vocal Event of the Year with Blake Shelton for “Hillbilly Bone” in 2010. The Grand Ole Opry member is also an author and spokesman for the Wounded Warrior Project and The American Red Cross, for whom he raised more than $1.5 million dollars as winner of NBC’s All-Star Celebrity Apprentice. In recent years, Adkins has performed for our service members across 12 USO Tours. In his 2007 autobiography, A Personal Stand: Observations and Opinions from a Freethinking Roughneck, Adkins recounted his rise to fame, brushes with death, and battles with personal demons. Adkins has also acted in multiple films and television shows, playing a tough-as-nails biker in “The Lincoln Lawyer” (starring Matthew McConaughey), a desperate father in “Deepwater Horizon” (starring Mark Wahlberg) and a wise oracle of a tattoo artist in the family friendly film “Moms' Night Out” (starring Patricia Heaton, Sean Astin, Sarah Drew). His most recent role was that of MercyMe’s real-life manager, Brickell, in the box office smash I Can Only Imagine. The film was the third biggest selling movie on its opening weekend in America. For tour dates and more information, visit www.traceadkins.com or on Twitter, Facebook and Instagram @TraceAdkins.

ABOUT SHRINERS HOSPITALS FOR CHILDREN
Shriners Hospitals for Children is changing lives every day through innovative pediatric specialty care, world-class research and outstanding medical education. Our health care system provides advanced care for children with orthopedic conditions, burns, spinal cord injuries, and cleft lip and palate, regardless of the families’ ability to pay.

Shriners Hospitals for Children is a 501(c)(3) nonprofit organization and relies on the generosity of donors. All donations are tax deductible to the fullest extent permitted by law.
For more information, please visit shrinershospitalsforchildren.org.