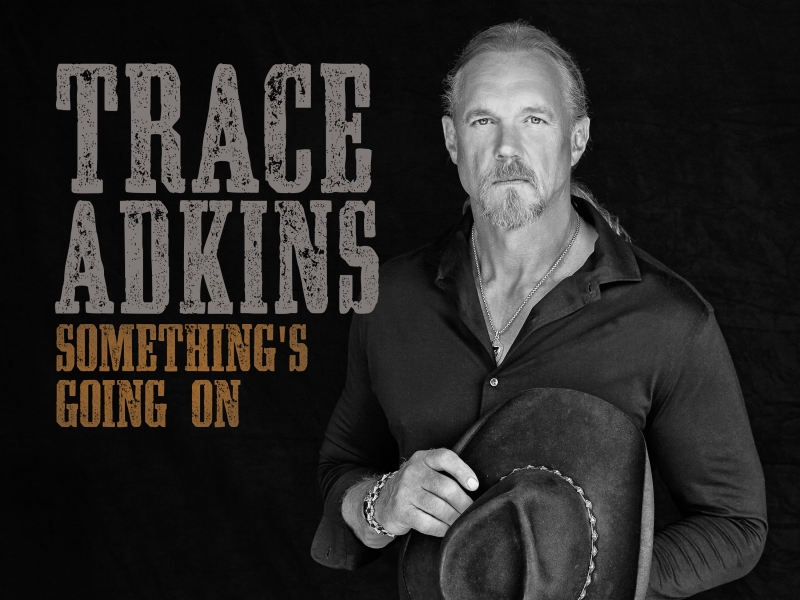 NASHVILLE, Tenn. – With over 11 million in album sales, three Grammy nominations, and dozens of major motion pictures and television credits to his name, Trace Adkins always has something going on. It is that constant motion and creative diversity that has fueled his latest music, the much-anticipated forthcoming and aptly titled Something’s Going On – his 12th studio album – scheduled for release on March 31. Something’s Going On marks Adkins’ first album release on his new label, BBR Music Group / Wheelhouse Records. Although the first single off Something’s Going On, “Watered Down,” will go to Country radio on March 13, fans can view the lyric video HERE, featuring Adkins enjoying a simpler life and slower pace on his Nashville farm.

"When I first heard 'Watered Down' I felt an immediate connection with what I wanted to say. A man comes to a point in his life where he begins to reflect on his past and what he’s learned and that's what fueled this song," shares Adkins. "If you've led the kind of life I've led, at some point you have to temper your vices."

It’s been four years since Adkins’ last studio album Love Will… released in 2013, which debuted in the top ten on Billboard’s Top Country Albums chart, and fans have eagerly awaited this follow up ever since. Some of Nashville’s favorite and most respected songwriters contributed to the range and inspiration of Something’s Going On, boasting credits such as Tyler Farr, Craig Campbell and Shane McAnally to name a few.

Something’s Going On was produced by Mickey Jack Cones.

With new music already being rehearsed, Adkins’ 2017 Tour will launch on February 4 in Orlando, Fla., with 30 dates initially announced and VIP packages available for select tour dates. As a gift to his fans, Adkins is offering a physical copy of Something’s Going On with each ticket order. Visit www.traceadkins.com for full details.

Adkins’ trademark baritone has powered countless hits to the top of the charts. The three-time GRAMMY-nominated member of the Grand Ole Opry is a TV personality, actor, author, and spokesman for the Wounded Warrior Project and the American Red Cross, for whom he raised over $1.5 million dollars as winner of NBC’s All-Star Celebrity Apprentice.
In recent years, Adkins has performed for our service men and women across 11 USO Tours, with his 12th scheduled for spring 2017. In his 2007 autobiography, A Personal Stand: Observations and Opinions from a Freethinking Roughneck, he recounted his rise to fame, brushes with death, and battles with personal demons. Trace has played a tough as nails biker in The Lincoln Lawyer (starring Matthew McConaughey), a desperate father in Deepwater Horizon (starring Mark Wahlberg) and a wise oracle of a tattoo artist in the family-friendly film Moms' Night Out (starring Patricia Heaton, Sean Astin, Sarah Drew).
For more information, visit www.traceadkins.com or on Twitter, Facebook and Instagram @TraceAdkins.