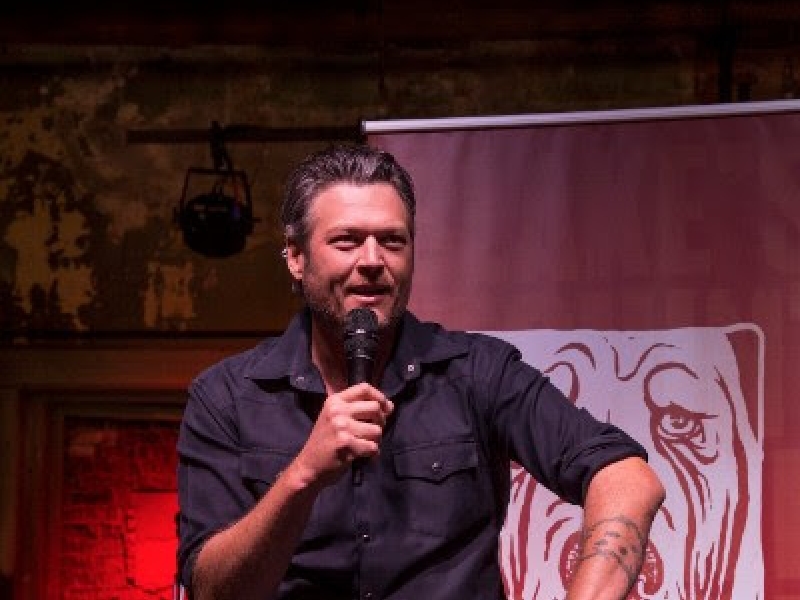 Ryman Hospitality Properties partnered with country superstar Blake Shelton in a press conference this afternoon to kick off the grand opening of Ole Red Tishomingo, a restaurant, bar and live music venue inspired by Opry member Blake Shelton’s hit song “Ol’ Red.” With funds raised from a private performance set for this evening at the venue, Shelton presented $32,000 to Carl Atteberry of J.C. Reaching Out, which provides financial assistance to family members of people battling cancer.

The grand opening celebration in Tishomingo builds upon the anticipation of a second location, Ole Red Nashville, a multi-level 26,000-square-foot entertainment venue in the heart of Nashville’s famed Lower Broadway, which is set to open in spring of 2018.

About Blake Shelton
Country Music Association’s 2012 “Entertainer of the Year,” five-time Male Vocalist of the Year winner and GRAMMY nominee Blake Shelton is set to release his latest album Texoma Shore on November 3. The first single, "I'll Name The Dogs" is already rapidly approaching Top 10 at radio. His previous album, If I’m Honest, debuted at #1 on the Billboard Top Album Sales Chart and theBillboard Country Album Chart, and was the best-selling country album release of 2016. A member of the Grand Ole Opry, he has earned a host of awards throughout his career, which most recently include Top Country Artist at the Billboard Music Awards. In 2017 he became the first country artist to win Favorite Album at the People’s Choice Awards in addition to his win for Favorite Male Country Artist. He also took home the trophy for Favorite Country Male Artist at the American Music Awards as well as the first-ever Male Artist of the Year. Shelton wrapped his 2017 Doing It To Country Songs Tour and is a five-time champion coach on the Emmy Award-winning television show, The Voice.