Before There's a Trip Around The Sun Tour… There's a Party! 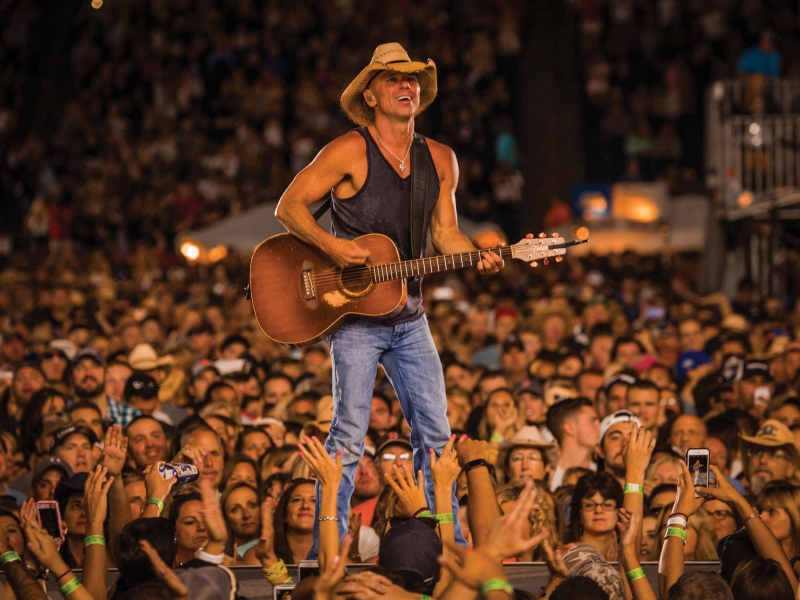 After a year off to focus on music, personal projects and the unexpected work in the Virgin Islands, 8-time Country Music Association and Academy of Country Music Entertainer of the Year, Kenny Chesney, wants to have a little fun before kicking the 2018 Trip Around the Sun Tour off at Tampa, Florida's Raymond James Stadium on April 21. Keeping with his tradition of something loose and fun, Chesney returns to the Hard Rock Casino in Las Vegas March 16-17 to play a bunch of hits, some unexpected covers and perhaps a surprise.

"Some years, we do the Keg in the Closet at a lot of the college bars in SEC towns," says Chesney. "Some years, we do the Keg in the Keys. But this year, I thought we should do something different. Rather than the last-minute announce and scramble, go ahead and set the dates, and announce them early. We've had such a great relationship with The Joint, that room puts everybody right in the heart of the show -- and there's so much great rock & roll history at the Hard Rock, I thought it would be a great place to kick off the year."

Chesney's own history with the Hard Rock goes all the way back to The Joint's opening weekend. Along with Paul McCartney and The Strokes, the songwriter/superstar from East Tennessee christened a room that would host The Rolling Stones, Tom Petty, Lou Reed, Lyle Lovett, David Bowie and The Killers.

"A year without playing makes me want to get out there," Chesney laughs, "and I've been thinking about the tour, what we're going to do for months. But even more than what's on the screens, or how we're going to do the sound and lighting this year, the idea of getting to hear the No Shoes Nation sing these songs drives me to do all of this... and so rather than waiting for Tampa, we're going to Vegas for a little party."

As stadium teams are finalizing the materials for the 2018 Trip Around the Sun Tour, exclusively presented by Blue Chair Bay Rum. Chesney is ready to get back to what he does best: take his songs to the No Shoes Nation. It's why The Wall Street Journal deemed him, "The King of the Road" and the Los Angeles Times named him "The People's Superstar."

"As a room, The Joint is so live -- and so close, no matter where the people are sitting -- you can't help but feel the electricity in the crowd. No Shoes Nation is always loud, proud and sings their hearts out. In a place like The Joint, it's just that much more intense. I can't think of a better way to kick off this year's Trip Around The Sun."

A few tickets remain. For information on Chesney's Trip Around the Sun Tour visit www.kennychesney.com.