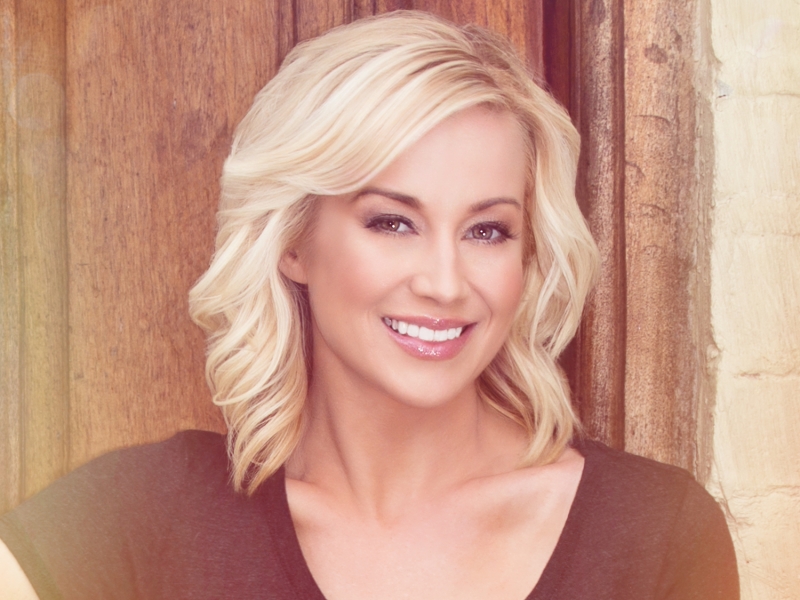 Nashville, TN / October 1, 2015: Superstar Faith Hill is bringing her talents to daytime television as a Co-Executive Producer for an innovative new daytime talk show, teaming up with former “Oprah” co-executive producer and OWN executive Lisa Erspamer, Sandbox Entertainment’s Jason Owen, and Legendary Television. Based in Nashville and shot in a modern farmhouse-style home, this exciting new program will be an informative, southern-inspired and fun-filled celebration of everyday living and activities. This highly interactive and shop-able show will feature insights from top tastemakers and experts in everything from cooking and gardening to entertaining and home design and beyond.

Beloved television personality and award-winning country music artist Kellie Pickler has been announced as the first host of the talk show. “This is a woman who has so many talents,” said Faith. “Kellie is smart, compassionate, funny, quick- witted and has a heart for service - the work she’s done with the USO and our service men and women is no secret. She possesses the ability to reach far beyond the camera and into the hearts of people, allowing you to feel immediately connected to her. There was no question in my mind that she should be a big part of this show.”

Over the course of her incomparable performing career, Hill has co-produced every one of her record-breaking, critically acclaimed network television specials, live performances and videos from concept to completion. Known as having a keen eye and attention to detail, Faith has made a point to educate herself in every aspect of her business, from set and costume design to lighting, art direction and editing. The aesthetics of this show will reflect Faith’s gift for design and architecture and showcase the passions, skills and talents she has honed over many years in front of and behind the camera.

Lisa Erspamer added, “Faith is the embodiment of talent, beauty, family values and southern charm. She is an incredibly savvy businesswoman and viewers will see firsthand what everyone she has worked with already knows…they will see a woman with extraordinary taste, skills and instinct behind the camera. We’ve wanted to make this show for several years and are thrilled that everything has finally fallen into place.”

The name of the show will be revealed in the coming weeks.

FAITH HILL has been a force in the entertainment industry for over two decades, having achieved unprecedented success in the worlds of country and pop music as one of the top- selling and most-awarded female artists of all time. She has always played an active role in the direction and aesthetics of every aspect of her career. She co-produced six of her last eight albums and was involved with developing and co-producing all three of her hit network specials, each of which garnered the highest ratings for the night they were broadcast. In addition to multiple nominations, she has won five Grammy Awards, twelve ACM Awards, four Billboard Music Awards, four American Music Awards, four People’s Choice Awards and three CMA Awards. Over the course of her career, she has consistently broken chart records with fourteen #1 singles and multiple albums topping both the Billboard Top 100 and Country charts, with six certified multi-platinum studio albums and selling more than 30 million albums worldwide. Born and raised in Mississippi, Hill lives in Nashville with her husband Tim McGraw and their three daughters

KELLIE PICKLER gained fame and won television viewers hearts as a contestant on the fifth season of “American Idol” at the age of 19. In 2006, she released her debut album, which sold more than 900,000 copies and produced 3 hit singles. She released her follow up album in 2008 and in 2011 released 100 Proof to critical acclaim, including being named “Country Album of the Year” by Rolling Stone. Her most recent album is The Woman I Am. In 2013, she starred on “Dancing With The Stars” and took home the Mirror Ball Trophy with dance partner Derek Hough. A year later, she voiced the lead character in the animated Veggie Tales movie “Beauty and the Beet.” She is an avid supporter of the US Military men, women and families and has completed 8 USO Tours. Earlier this year, she launched “Selma Drye by Kellie Pickler,” her home goods line in cooperation with the Opry Stores.

LISA ERSPAMER is a three time Emmy-nominated producer, New York Times best-selling author and co-founder of Happy Street Entertainment, a television, film, digital production and entertainment consulting company. Lisa previously served as Creative Chief Officer and Executive Vice President of Programming and Development for OWN: The Oprah Winfrey Network, as well as co-executive producer at the Oprah Winfrey Show for 20 years. JASON OWEN is the President/CEO of Sandbox Entertainment, a full-service management and entertainment company that represents award-winning country artists including Faith Hill, Little Big Town, Shania Twain, Kacey Musgraves and Dan+Shay, as well as the luxury resort Blackberry Farm, the town of Wilson, Arkansas and the estates of Johnny Cash and Hank Williams, Sr. Prior to Sandbox, Jason served as Senior VP of Artist Development and Marketing at Universal Music Group Nashville. He is an executive producer on The Cooking Channel’s “Simply Southern,” as well as having executive produced the ABC special “Live on The Inside with Sugarland.”

LEGENDARY ENTERTAINMENT is a leading media company with film (Legendary Pictures), television and digital (Legendary Television and Digital Media) and comics (Legendary Comics) divisions dedicated to owning, producing and delivering content to mainstream audiences with a targeted focus on the powerful fandom demographic. Through complete or joint ownership, Legendary has built a library of marquee media properties and has established itself as a trusted brand which consistently delivers high-quality, commercial entertainment including some of the world's most popular intellectual property. In aggregate, Legendary Pictures-associated productions have realized grosses of more than $10 billion worldwide at the box office. To learn more visit: www.legendary.com