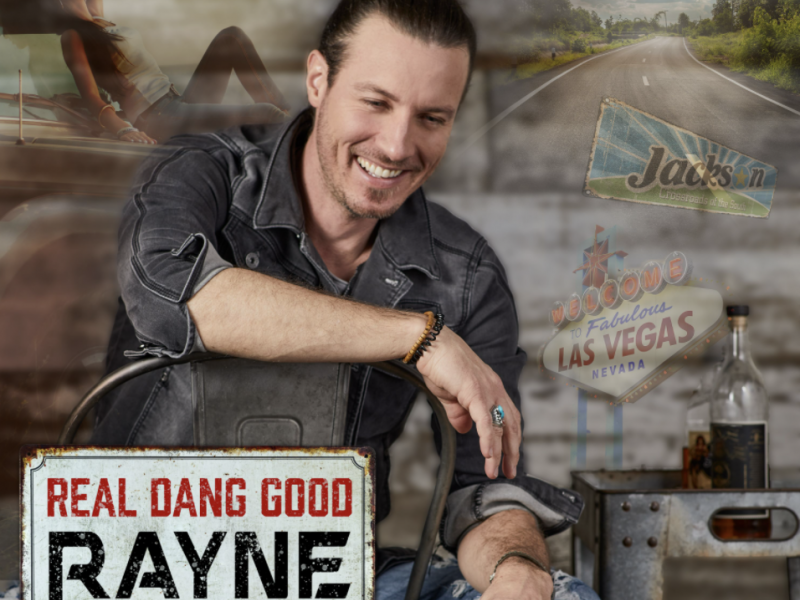 Up-and-coming country music artist Rayne Johnson is the latest act to sign a deal with Mickey Jack Cones, president and COO of Verge Records—the label arm of global music company ONErpm. Johnson’s first single under his new label, “Real Dang Good,” will be released to all streaming partners on Wednesday, Oct. 7 in advance of its radio add date on Monday, Oct. 12. Pre-save the song HERE.Verge is partnering with Mark Liggett, president of Mountain Road Records, to roll out Johnson’s single, using ONErpm for distribution. Liggett says he and his team see Verge and ONErpm as “the perfect partners who share our vision to a T for Johnson.”

Johnson enthusiastically agrees. “I’m honored to be working with Mickey Jack and his crew,” Johnson says. “‘Real Dang Good’ is a song everyone can relate to, especially in this day and time. We all have those tough weeks and need someone or something to pick us up, and who better than that girl (or guy) you didn’t even know you were lookin’ for?”

Cones is equally excited about the deal. “Rayne is quite simply an incredible talent who deserves to be heard!”

An Ohio native, Johnson has opened for Country artists Hunter Hayes, Kelly Pickler, Riley Green and Randy Houser, among others. He has released three singles in the last two years, the latest of which, “Front Seat,” was embraced by Country radio earlier this year. It landed on Billboard Country Airplay and Mediabase Country Aircheck charts and was well received by fans and critics alike, garnering an impressive 24 million cumulative streams and becoming the only true indie record to crack the national country top 40 in the last five years.

About Rayne Johnson
Rayne Johnson has a work ethic that is unparalleled. Working for more than a decade on the railroad, Rayne still found time to successfully pursue his passion for music after a 40+ hour week. This dedication pays off as he gears up to release his next single, “Real Dang Good,” via Mountain Road Records/VERGE. After years of paying his dues with live performances and in local cover bands, Rayne’s smooth but expressive tenor started winning a larger audience in 2019 when his first two releases—the playful “Laid Back” and the heartfelt “Front Seat”—began making noise on streaming and radio. A fun-loving tune in which the narrator tells his ex how good things have been for him since they split, “Laid Back” gained significant attention on streaming services, racking up nearly 2 million plays in its first few months. The reception was so strong that Boston radio began playing his debut radio single “Front Seat” before it was officially released. “Front Seat” has since become one of the most talked about and reactive songs of 2020 as the only Indie record to crack the national country top 40 in over five years, garnering more than 24 million cumulative streams. Based on the success of “Front Seat,” Rayne was signed to Mountain Road Records in the summer of 2020. Label president Mark Liggett said, “We are very fortunate to find an artist the caliber of Rayne Johnson who checks every box needed to be a star in the Country format.”

About Mountain Road Records
Founded in 2020 by veteran music manager and producer Mark Liggett, Mountain Road Records signed their first artist Rayne Johnson earlier this year. The independent label, based in Cincinnati, OH, has a team of experienced radio promotion executives -- Maurisa Pasick, Tara Shayne and Dan Pearson -- at the helm who have a proven track record of breaking artists through to the mainstream.