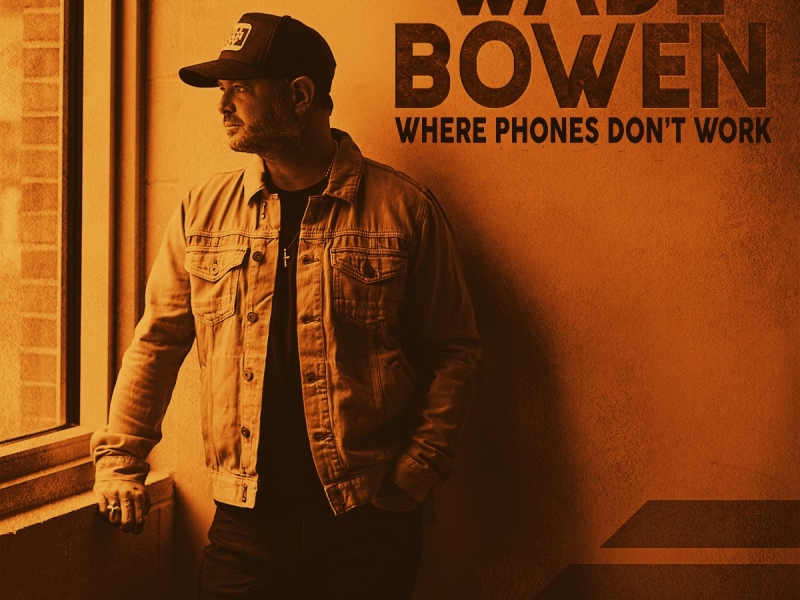 NASHVILLE, Tenn. – Born in Waco and schooled in the clubs surrounding Lubbock’s Texas Tech University, Wade Bowen was raised on a steady diet of the hardscrabble Country realism and Rock showmanship that defines the Texas music scene, yet his music has never been constrained by the state line. Now, with brand-new single “When Love Comes Around” available everywhere this Friday, October 22, Bowen offers the first glimpse at his forthcoming Where Phones Don’t Work EP set for release November 19 via Thirty Tigers.

A dozen albums have shown Bowen’s evolution – including six studio sets, two beloved live collections, a gospel album and an ongoing series of buddy-country hits with fellow Texan, Randy Rogers – yet with each distinct piece of art his focus remains on writing unique songs with a literary quality and constantly reexamining his sonic territory to match his life, as evidenced once again on Where Phones Don’t Work.

“While slowing down and reflecting over the past year, I felt a calling to create more uplifting music that would be exciting to incorporate into our shows, since we’re so grateful to be playing live again,” says the “Texas torchbearer” praised by Rolling Stone for his “freewheeling spirit.” “There’s a new sense of hope and a new sense of urgency with this music. I’m just so inspired again. Because of that inspiration, it created an opportunity for me to really open my writing brain, and my heart, a lot more. I feel like I’m 25 again, starting my career — it’s almost like a new path, but now I have all the knowledge from the past 20 years. It feels good.”

Lead single “When Love Comes Around,” available everywhere this Friday, Oct. 22, embodies that sense of hope both melodically and lyrically, with Bowen crooning in the opening lines:

“From the moment we wrote this one, I knew it was going to be like, ‘Well, I’ll be playing this one forever,’ you know?” shares Bowen of the track. “It has a happiness and a feel-good nature to it which I can feel when we’re playing it on stage already. The crowd just starts to smile a little bit more. That’s the way it was when we wrote it. That was the whole point of this project — I want to lift people up. I want to make them feel good.”

Seen as one of the genre’s finest and most authentic modern voices, Bowen’s approach stays rooted in tradition, but also stands on the creative cutting edge. His focus remains on writing unique songs with a literary quality and shifting his sonic territory to match his life, as evidenced by his uplifting new single, “When Love Comes Around,” off his forthcoming EP, Where Phones Don’t Work, available everywhere November 19 (Thirty Tigers).