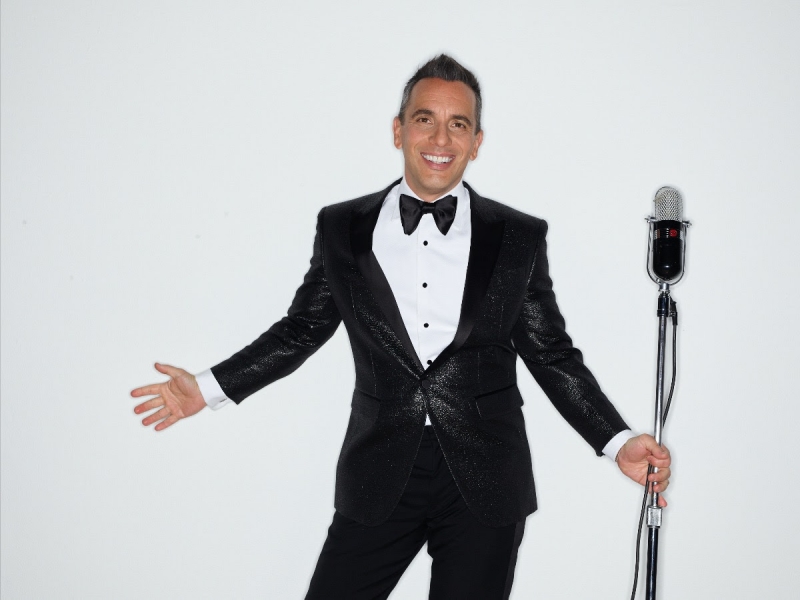 New York, NY – The man dubbed by The New York Times as “the hottest comic in America,” Sebastian Maniscalco, has celebrated heights in live entertainment only a few comedians ever achieve. Now, with his Nobody Does This Tour underway, Maniscalco adds new meaning to the tour name by becoming the first comedian to surprise fans with commemorative NFTs for all ticket holders via Ticketmaster at his upcoming New York Metropolitan shows this week. Playing to over 80,000 across MSG, Barclays, UBS Arena and Prudential he builds upon a string of record-breaking, sold-out arena shows that include a comedy record for Chicago’s United Center with 21,286, the highest gross for a single event at Boston’s TD Garden and a historic four show run at Madison Square Garden breaking the record for most comedy shows sold in a weekend for the venue.
"To all the fans coming out to one of my four New York/New Jersey arena shows, as a special thank you for each of you with a ticket to one of these shows, you will receive a complimentary, uniquely designed, gold shaded Digital Collectible NFT via email (with instructions) featuring your individual section, row and seat,” the Pollstar Comedy Tour of the Year winner shared on social media.

Adding, “I have always looked at New York City as a second home, and I have always had a special connection with the people of the city. The NFT will give you exclusive access to future Sebastian Maniscalco offers and events, too, just for these fans. I have never done this before and hell-who knows… I may never do it again!”“Connecting digital collectibles to the live event experience is still in its infancy,” said David Marcus, Ticketmaster EVP – Music. “Sebastian is an adventurous artist and it's exciting to see how he is envisioning how fans collect in a digital world.”
Currently on the road for his new Nobody Does This Tour, with so many new experiences to draw from the last two years, Maniscalco is sharing his unique comedic perspective with the masses with this brand-new show.

In addition to performing for over 80,000 fans in New York boroughs this week, his film About My Father is in post-production and he’ll continue his Las Vegas residency next month.

Visit Sebastianlive.com for more information. A portion of the proceeds from Maniscalco’s Nobody Does This Tour benefits his foundation, Tag You’re It!