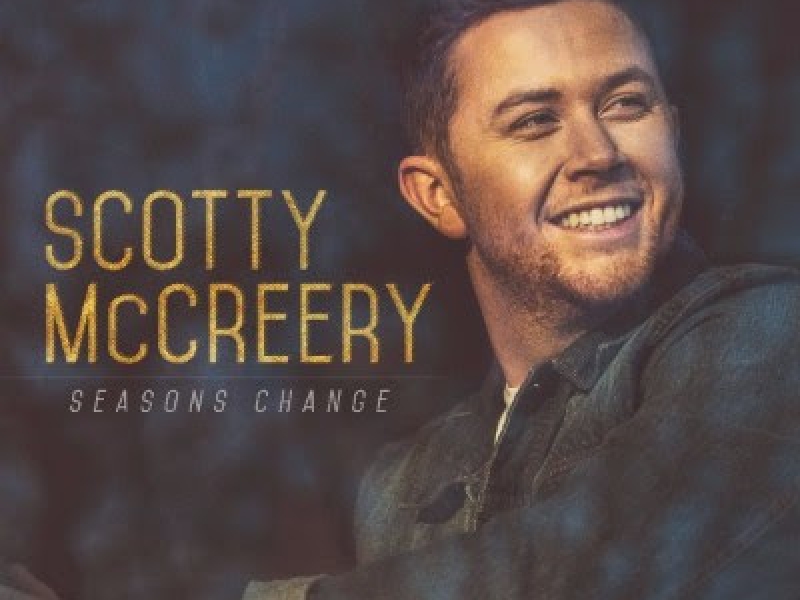 Marking his first album in five years, country crooner Scotty McCreery’s highly anticipated album Seasons Change is available everywhere this Friday, March 16, and has received nothing but positive marks from some of the industry’s top influencers.

Rolling Stone declares that “Seasons Change is an album that melds McCreery's traditional influences with contemporary sounds,” while Washington Post states that the title track “perfectly captured his last few years of ups and downs.”

Seasons Change features McCreery’s smash hit single “Five More Minutes,” which he released independently prior to signing with Triple Tigers Records, and pays tribute to his late grandfather. The single became McCreery’s first No. 1 hit, reaching the top spot on both the Billboard and Mediabase/Country Aircheck Country Airplay charts. The song which People calls an “emotional walk down memory lane,” also cemented RIAA Gold certification for combined units of streams and sales in excess of 500,000.

McCreery’s recently released track, “This Is It,” details his proposal to his high school sweetheart, Gabi Dugal, in the North Carolina mountains. It has already seen digital success on iTunes, where it has consistently lived in the Top Ten Country Songs alongside “Five More Minutes” since it was released on March 9, peaking at No. 3.

About Scotty McCreery
McCreery made history in 2011 as both the first country artist and the youngest male artist of any genre to debut his first studio album, the Platinum-certified Clear as Day, at No. 1 on the all-genre Billboard Top 200 Albums chart. All three of his albums have debuted at No. 1 on a Billboard Albums chart, with current combined sales nearing 3 million copies. He’s earned two Gold singles and three Platinum singles. He won the 10th season of “American Idol” in 2011; was named the ACM New Artist of the Year in 2011; won the CMT Music Award for Breakthrough Video of the Year (“The Trouble with Girls”) in 2012; and American Country Awards for new Artist of the Year in 2011 and Breakthrough Artist of the Year in 2013. He received his first BMI Award for writing one of the Top 50 Country Songs of 2015 for “See You Tonight,” which also earned him his first Music Row No. 1 Challenge Coin.  In 2016, McCreery released his first book, Go Big or Go Home: The Journey Toward the Dream, and won the Rare Country Grand Ole Opry Moment of the Year Award for his live performance of “Five More Minutes” which became his first No. 1 single and an internet favorite viewed by millions on YouTube. His new album, Seasons Change, will be released on March 16, 2018. For more information and his current tour schedule, visit www.ScottyMcCreery.com.