Scotty McCreery's Romantic "This Is It" Impacts Radio Today 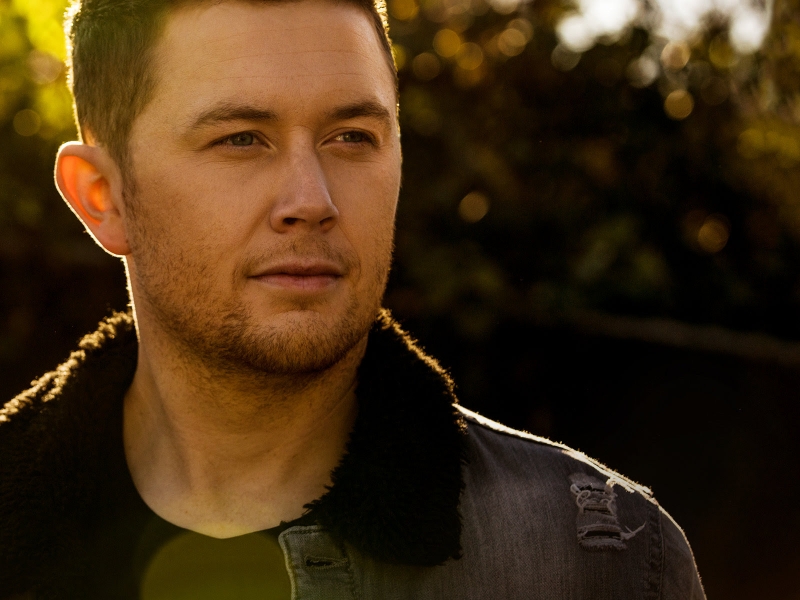 This past Saturday (May 5), Scotty McCreery was the surprise entertainer at the iHeart Country Festival in Austin, Texas where he received a standing ovation from the entire audience at the Frank Erwin Center. His acoustic performance of his recent first-ever No. 1 hit, the Gold certified “Five More Minutes,” became one of the most talked about moments of the night. Today, the Triple Tigers recording artist introduces his fans to his new single, “This is It.” The heartwarming tune, written as a love song for his fiancée Gabi Dugal, impacts radio today and is already making waves with 38 Mediabase adds.

“I’ve shared so much of my life on my new album, Seasons Change, and so many of the songs were inspired by the love of my life, Gabi,” said an excited McCreery. “It feels like the perfect time to release ‘This Is It’ as my next single while she and I prepare for our wedding that will happen in just a few weeks. This is our story. I hope everyone will celebrate with us!”

McCreery wrote “This Is It” with Frank Rogers and Aaron Eshuis just two weeks before he proposed to Dugal. For months he had carefully planned how the proposal would go, the exact location, the words he would say and more -- and that created the blueprint for the song. And a couple of weeks later, the lyrics became reality in the midst of the picturesque North Carolina mountains when he asked for her hand and she accepted. The couple had found this beautiful spot by mistake months earlier while out hiking and it had quickly become their spot. For McCreery, there was no other location to pop the once-in-a-lifetime question, as described in the lyrics:

Way up in the mountains, 4,000 feet high
There’s a trail through the trees to a cliff where Carolina meets the sky
Oh, and there’s a view, I just can’t describe
No, we’re not there yet, just a few more steps
Baby wait, okay, you can open your eyes

This is it, this is now
This is what I’ve been talking ‘bout
Looking out, can’t you see forever?
Take my hand, just take it in
This is the moment we won’t forget
On top of the world here together
If there ever was a time for a perfect kiss, this is it

“This Is It” is the second single off of McCreery’s recently released album, Seasons Change, which debuted at No. 1 on the Billboard Country Albums Chart, achieving one of the strongest first weeks for a country music album in the last year, moving over 40,000 albums in the first week alone. For the first time, McCreery is featured as a songwriter on all 11 tracks. With themes such as losing loved ones, moving out on his own, falling in love and coming of age, Seasons Change is a reflective and honest narrative of the artist’s experience navigating life in his early twenties. The album was produced by Rogers, Eshuis and Derek Wells.

Fans can listen to Seasons Change and “This Is It” here.

About Scotty McCreery
McCreery made history in 2011 as both the first country artist and the youngest male artist of any genre to debut his first studio album, the Platinum-certified Clear As Day, at No. 1 on the all-genre Billboard Top 200 Albums chart. All four of his albums have debuted at No. 1 on a Billboard Albums chart, with current combined sales of more than 3 million copies. He’s earned two Gold singles and three Platinum singles; won the 10th season of “American Idol” in 2011; was named the ACM New Artist of the Year in 2011; won the CMT Music Award for Breakthrough Video of the Year (“The Trouble With Girls”) in 2012; and American Country Awards for New Artist of the Year in 2011 and Breakthrough Artist of the Year in 2013. In 2016, McCreery released his first book, Go Big or Go Home: The Journey Toward The Dream. His latest album, Seasons Change featuring his No. 1 hit “Five More Minutes,” was released on March 16, 2018. For more information and his current tour schedule, visit www.ScottyMcCreery.com.