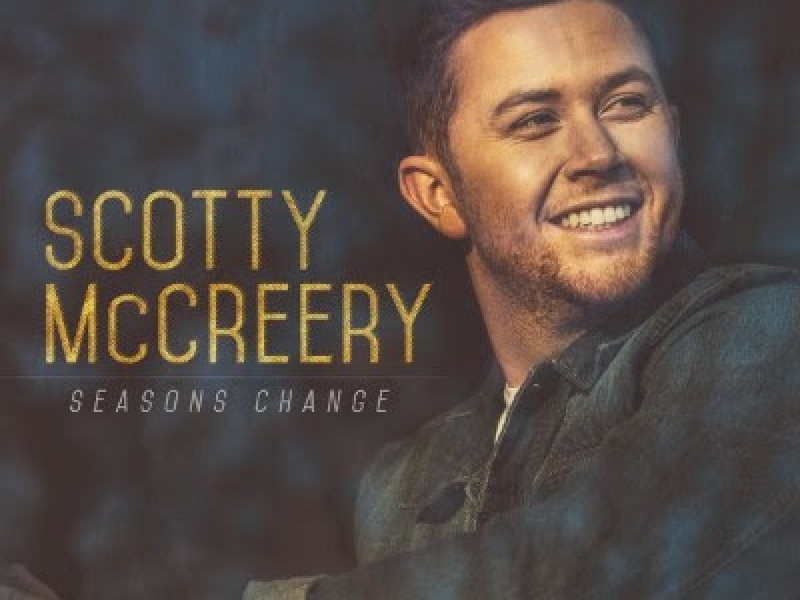 After a five-year wait and a multitude of life changes, Scotty McCreery releases his highly anticipated album, Seasons Change, for digital pre-order everywhere today, ahead of its March 16 release on Sony’s Triple Tigers Records – his first album on the label. The project features his current nearly-Top 10-and-climbing radio hit “Five More Minutes,” which People calls an “emotional walk down memory lane.”

Fans are also surprised today with the instant grat track “Wherever You Are,” available now. “Wherever You Are” was co-written by McCreery, Frank Rogers and Dan Isbell.  The song outlines the motivation love gives to do whatever it takes to be with a significant other, and is inspired by McCreery’s recently-engaged fiancée, Gabi Dugal, with lyrics like:

Up in Manhattan/ Or way out in some cabin/ In the middle of nowhere/ Well baby I’ll be
there/ Wherever you are, wherever it is/ Baby it ain’t too far/ Just give me call or drop me a pin

With every song co-written by McCreery himself, Seasons Change marks the first time he’s played a hand in writing his entire album. With songs influenced by true-life events that occurred since he released his last album at 19 -- including moving out on his own, going to college, getting robbed at gunpoint, losing his grandfather, changing record labels, releasing a book and proposing to his high school sweetheart -- Seasons Change is a true reflection of where the North Carolina native is in life.

Album bundles are also available on ScottyMcCreery.com including autographed CDs bundled with a personalized video and various merchandise options for pre-order.

The album’s first single, “Five More Minutes,” is closing in quickly on the Top Ten and has already built an impressive history. McCreery performed “Five More Minutes” on the Grand Ole Opry stage in 2016, where it quickly became a fan-favorite YouTube video reaching millions of viewers and earning the Rare Country Grand Ole Opry Moment of the Year Award. Although McCreery was not signed to a record label at the time, national radio personality Bobby Bones heard the song and immediately felt compelled to debut it on iHeart Radio’s “The Bobby Bones Show” in 2017. Due to popular demand, it was made available for sale and to radio soon afterwards, ranking at No. 2 on the iTunes Country Singles Chart on the day of release. “Five More Minutes” became the first song in history to chart in the Country Aircheck / Mediabase Top 50 without being released by a record label. It also earned McCreery the Taste of Country 2017 Indie Artist of the Year Award.

About Scotty McCreery
McCreery made history in 2011 as both the first country artist and the youngest male artist of any genre to debut his first studio album, the Platinum-certified Clear as Day, at No. 1 on the all-genre Billboard Top 200 Albums chart. All three of his albums have debuted at No. 1 on a Billboard Albums chart, with current combined sales nearing 3 million copies. He’s earned one Gold single and three Platinum singles and achieved two Top Ten hits with “Feelin’ It” and “See You Tonight.” The latter song earned McCreery both his first BMI Award for writing one of the Top 50 Country Songs of 2015 and his first Music Row No. 1 Challenge Coin. He won the 10th season of “American Idol” in 2011; was named the ACM New Artist of the Year in 2011; won the CMT Music Award for Breakthrough Video of the Year (“The Trouble with Girls”) in 2012; and American Country Awards for new Artist of the Year in 2011 and Breakthrough Artist of the Year in 2013. In 2016, McCreery released his first book, Go Big or Go Home: The Journey Toward the Dream, and won the Rare Country Grand Ole Opry Moment of the Year Award for his live performance of “Five More Minutes” which became an internet favorite viewed by millions on YouTube. For more information and his current tour schedule, visit www.ScottyMcCreery.com.