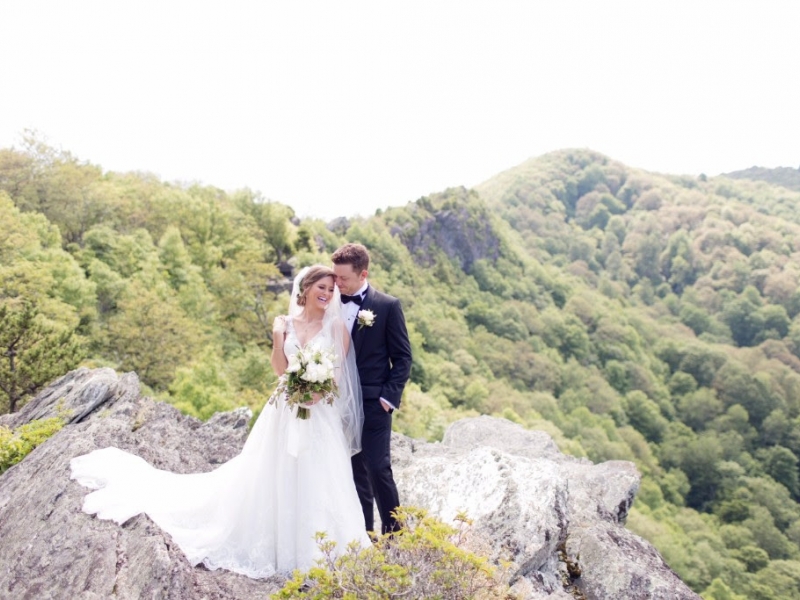 It’s been just over a month since Scotty McCreery, the man once named “Country Music’s Hottest Bachelor,” gave up his title as he married the love of his life, Gabi Dugal, in a romantic ceremony set in the mountains of North Carolina. As they settle into married life, the newlyweds are inviting fans to experience their special day with the official music video for McCreery’s current single “This Is It” premiering today exclusively in partnership with The Knot.

“Our wedding day was everything we wanted it to be, as Gabi and I celebrated our love and commitment to each other with family and close friends in the beautiful North Carolina mountains,” said McCreery. “‘This is It’ is our story. We have received so much love and support from our fans that we felt it was only right to share our special day with them. We hope everyone enjoys the music video as much as we love being able to relive that day over and over again.”

The video was directed by Jeff Ray, who also directed McCreery’s poignant “Five More Minutes” music video that topped both the CMT and GAC countdowns. It provides viewers an intimate look inside the couples’ rehearsal dinner, and a behind the scenes look as they prepare to walk down the aisle, exchange vows and dance the night away.

Written by McCreery, Frank Rogers and Aaron Eshuis two weeks before the artist proposed to Dugal, “This Is It” is the second single from McCreery’s recently released album Seasons Change, and tells the detailed story of their engagement. The song is climbing the country singles charts, ranking amongst the Top Ten most added singles this week, and is currently at No. 45 on the Mediabase/Country Aircheck chart. In March, the album debuted at No. 1 on the Billboard Country Albums Chart, achieving one of the strongest first weeks for a country album in the last year – with over 40,000 units sold in the first week. Seasons Change is McCreery’s fourth consecutive album to debut at No. 1 on a Billboard album chart. The album was produced by Rogers, Eshuis and Derek Wells.

The couple, who met in kindergarten and began dating during their senior year in high school, tied the knot on June 16, 2018 at Twickenham House in Jefferson, N.C. in front of 200 of their closest family and friends. For details on her dress, the venue, food and more stay tuned to theknotnews.com. Fans can watch the new Mr. and Mrs. McCreery together with their fathers and his grandmother on an upcoming episode of “Celebrity Family Feud” set to premiere August 5 on ABC Television at 8:00 PM EDT (7:00 PM CDT).

Listen to Seasons Change and “This Is It” here.

About Scotty McCreery
McCreery made history in 2011 as both the first country artist and the youngest male artist of any genre to debut his first studio album, the Platinum-certified Clear As Day, at No. 1 on the all-genre Billboard Top 200 Albums chart. All four of his albums have debuted at No. 1 on a Billboard Albums chart, with current combined sales surpassing 3 million copies. He’s earned one Gold single and four Platinum singles; won the 10th season of “American Idol” in 2011; was named the ACM New Artist of the Year in 2011; won the CMT Music Award for Breakthrough Video of the Year (“The Trouble with Girls”) in 2012; and American Country Awards for New Artist of the Year in 2011 and Breakthrough Artist of the Year in 2013. In 2016, McCreery released his first book, Go Big or Go Home: The Journey Toward the Dream. His current album is Seasons Change featuring his Platinum-certified No. 1 hit “Five More Minutes” and new single “This Is It.” For more information and his current tour schedule, visit www.ScottyMcCreery.com.