SCOTTY McCREERY SHAGS HIS WAY TO NO. 1 ON THE BEACH MUSIC TOP 40 CHART WITH “BAREFOOTIN’” 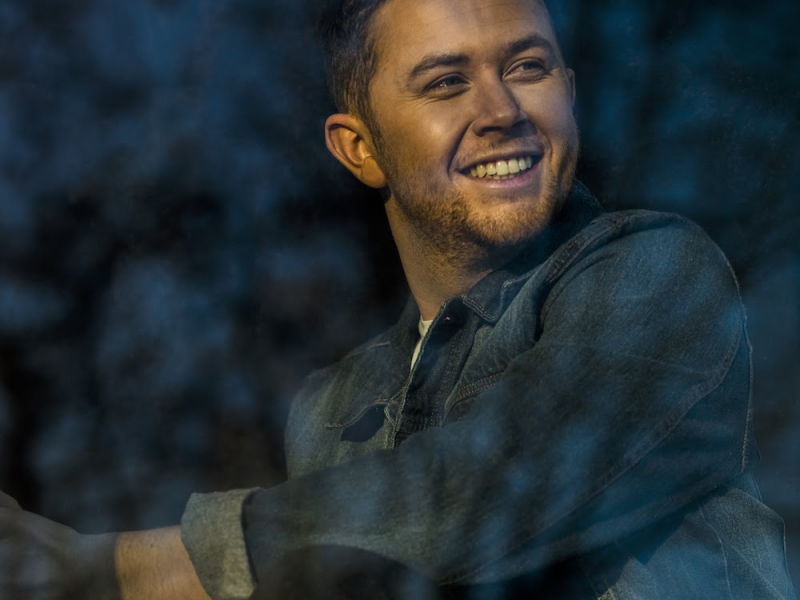 North Carolina-native Scotty McCreery has listened to the regional Beach Music of the Carolinas since he was a child. Now he’s made his own contribution to the genre as his song “Barefootin’” reaches the No. 1 position on the Beach Music Top 40 Chart this week.

The ACM, BMI and CMT Award winner wrote the song with David Lee Murphy and Frank Rogers last year. He told both writers when they sat down that day that he really wanted to create a Beach Music song in the shag dance style (one of Beach Music’s main dances) for his album Seasons Change. The song was produced by Rogers, Derek Wells, and Aaron Eshuis.

“This is awesome news about ‘Barefootin’!’” said McCreery. “That is one of my favorite songs on Seasons Change. It reminds me of all the great times I’ve had at the beach through the years with friends and family. This song was not released as a single or promoted in any way, so this is a huge surprise. I’m so glad people have discovered the song and are digging it. Gabi and I have talked about taking classes to learn how to do The Shag correctly. Maybe we’ll actually do that now.”

For McCreery, writing this song with one of his favorite artists was already a big accomplishment. “Getting to write with David Lee Murphy was a bucket list item for me. His ‘Dust on the Bottle’ is one of my favorite songs of all time, and he’s just a great guy. Frank and I introduced him to Beach Music that day and we had a blast.”

Always the romantic whether he’s singing about “some slow dancing and some romancing, shaggin’ in the sand” or “if there ever was a time for a perfect kiss, this is it,” McCreery continues to rise up the country music charts with his current single “This is It.” The song, which he co-wrote with Rogers and Eshuis two weeks before he proposed to his longtime girlfriend (now, wife) Gabi, is currently at No. 36 on the Mediabase/Country Aircheck chart. It is the follow up to his No. 1, Platinum-certified smash hit “Five More Minutes.” The music video for “This is It,” directed by Jeff Ray and filmed entirely at McCreery’s wedding, has already topped the “GAC Top 20 Playlist” and earned more than 8.6 million views in little over a month since its release.

About Scotty McCreery
McCreery made history in 2011 as both the first country artist and the youngest male artist of any genre to debut his first studio album, the Platinum-certified Clear as Day, at No. 1 on the all-genre Billboard Top 200 Albums chart. All four of his albums have debuted at No. 1 on a Billboard Albums chart, with current combined sales surpassing 3 million copies. He’s earned one Gold single and four Platinum singles; won the 10th season of “American Idol” in 2011; was named the ACM New Artist of the Year in 2011; won the CMT Music Award for Breakthrough Video of the Year (“The Trouble with Girls”) in 2012; and American Country Awards for New Artist of the Year in 2011 and Breakthrough Artist of the Year in 2013. In 2016, McCreery released his first book, Go Big or Go Home: The Journey Toward the Dream. His current album is Seasons Change featuring his No. 1 hit “Five More Minutes” and new single “This Is It.” For more information and his current tour schedule, visit www.ScottyMcCreery.com.

About The Beach Music Top 40 Chart
The Beach Music Top 40 Chart is the original, longest lasting Beach Music Top 40 chart. The weekly charts are developed via reports solicited from the Association of Carolina Shag Clubs (including the Bop clubs of the Mid Atlantic and South), the Association of Beach and Shag Club DJs, the Association of Rhythm 'n Blues DJs, record distributors, retailers, the top, independent Rhythm 'n Beach radio DJs throughout the Southeast, and a wide spectrum of listeners and fans all over the U.S. It was created in September 1992 as an extension of the documentation begun by "Dr." Chris Beachley and 'Fessa John Hook in 1979 with It Will Stand Magazine and later with It Will Stand News, Carolina Class Magazine, Dancing on the Edge, Rhythm 'n Beach Newspaper, and Rhythm 'n Beach Newsletter. “The Beach Top 40 Weekly Countdown,” hosted by Hook, is carried on more than 40 radio stations in the United States as well as on Sirius XM’s “Grand Strand New Music Showcase.” For more information, visit www.beachshag.com.