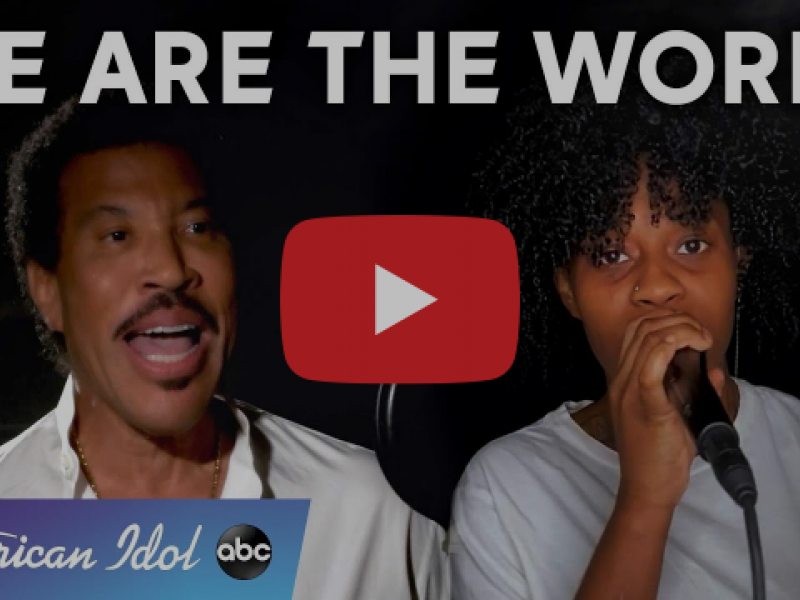 As his current single “In Between” reaches the Top 10, country singer/songwriter Scotty McCreery returned to “American Idol” Sunday, May 17 to participate in a special performance of “We Are the World,” led by “American Idol” judges Lionel Richie, Luke Bryan and Katy Perry for the season 18 finale.

“It’s always fun to participate in ‘American Idol,’ be it remotely from home or physically on that stage. It’s like a family reunion,” said McCreery. “But then to have the opportunity to sing ‘We are the World’ with Lionel Richie, the man who co-wrote the song and helped oversee the original event?  That’s something I never would have dreamed of happening. Add in Luke, Katy, and all of these amazing talents including my buddy Lauren? It’s one of those unexpected fun opportunities that I’ll always treasure.”

McCreery’s current single, “In Between,” co-written with Frank Rogers, Jessi Alexander and Jonathan Singleton and produced by Rogers, continues to climb the charts and has reached No. 9 on the Billboard Country Airplay Chart and No. 7 on the Mediabase/Country Aircheck Country Singles Chart.While following “safer at home” guidelines since mid-March, McCreery has already given nearly 70 live-stream performances ranging from Twitch Stream Aid to “Circle Sessions” to numerous Facebook and Instagram Live events with country radio stations across the nation and media outlets, which he has dubbed his “Somewhere in Quarantine Tour.” He’ll perform as part of “Feed the Front Line Live, Presented by CMT” on this Wednesday (5/20) on CMT’s Facebook and YouTube channels along with Tim McGraw, Faith Hill, Brad Paisley, Kenny Chesney, Sheryl Crow and many more artists.

Hard at work on the follow up to his last album, the RIAA Gold-Certified Seasons Change, McCreery continues to reach new career milestones. Last month he hit 100 million views on YouTube for his No. 1 song and RIAA Double-Platinum-Certified “Five More Minutes”– making it one of only eight official music videos for country songs that have reached No. 1 on the Mediabase / Country Aircheck Country Singles Chart in the last two years to achieve this distinction. And earlier this month, McCreery became the first country music artist to present a virtual concert in an online gaming world on Club Cooee, performing for two consecutive weekends.