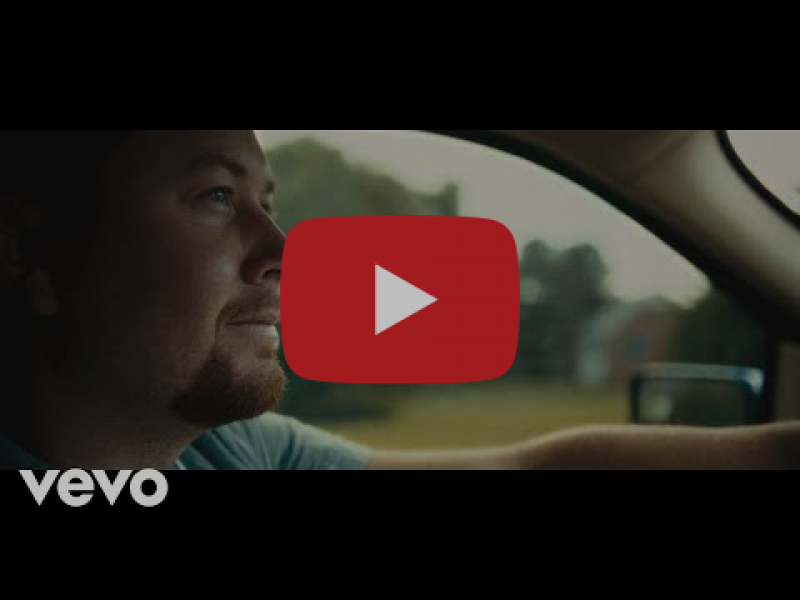 Co-written with Ashley Gorley, Zack Crowell and Taylor Phillips, “Same Truck” is a jubilant anthem to all the things we have in common in spite of our differences.

“We’re all more alike than we are different,” McCreery shares. “I’ve witnessed that on almost a daily basis as I talk with people and watch them while traveling around the world to perform. This is my way of saying that we’re all on the same team here; let’s all work toward getting along again; let’s build each other up.”

McCreery is now offering pre-orders for Same Truck at his online store on his website, ScottyMcCreery.com/sametruck. Fans can order both signed and unsigned CDs, along with a choice of a limited-edition variant cover. The online store also offers new Same Truck merchandise, including t-shirts, a sweatshirt, a hat, and socks.

Same Truck – the album - features 12 songs, 10 of which were co-written by McCreery, including the title track, “You Time,” and “Why You Gotta Be Like That, ” a song inspired by his wife Gabi that Sounds Like Nashville shares, “Featuring an upbeat sway and a breezy, sunshine-country sound, the feel-good anthem captures a moment of unexpected and effortless romance.”

Lead single “You Time” continues to climb the charts at Country radio and is currently at No. 9 on the Mediabase chart. Billboard boasts, “The first single from his forthcoming album bodes well for his streak of three back-to-back No. 1s to continue.”

Produced by Frank Rogers, Derek Wells and Aaron Eshuis, the team who produced his previous project (the RIAA Gold certified Seasons Change), Same Truck is a reflection of where McCreery is in life now as a man married to the love of his life for three years and who is also celebrating his 10th year as an entertainer.

“We recorded a bunch of songs pre-pandemic and thought we had the album just about ready…and then the world shut down,” says McCreery. “For the first time in 10 years, I was home more than a few days at a time. I loved having the extra time with my wife, Gabi, and our dog, Moose, however it also gave me a lot of time to pick up the guitar and just play for fun. I wound up writing a bunch of new songs and creating almost a whole new album from the perspective of reflecting on my last decade, yet also keeping an eye towards where I want to go.”

About Scotty McCreery
McCreery achieved new heights by earning three back-to-back No. 1 hits from his most recent album Seasons Change, the RIAA Gold-certified project which debuted at No. 1 on the Billboard Country Album chart: the RIAA Double Platinum-certified “Five More Minutes,” the RIAA Platinum-certified “This Is It,” which stayed at the top of the charts for two weeks, and RIAA Gold-certified “In Between.” McCreery co-wrote all 11 songs on Seasons Change, which Rolling Stone named as one of the “40 Best Country and Americana Albums of 2018.” His current single “You Time,” “Why You Gotta Be Like That” and the title track from the forthcoming follow-up Same Truck are available everywhere now. Same Truck, McCreery’s fifth studio album, is set for release Friday, Sept. 17 and available for pre-order now. All four of his albums have debuted at No. 1 on a Billboard Albums chart, with current combined sales surpassing 3 million copies. He’s earned one Double Platinum, four Platinum and two Gold singles; won the 10th season of “American Idol” in 2011; was named the ACM New Artist of the Year in 2011; won the CMT Music Award for Breakthrough Video of the Year (“The Trouble with Girls”) in 2012; American Country Awards for New Artist of the Year in 2011 and Breakthrough Artist of the Year in 2013; BMI Awards for writing One of the Top 50 Country Songs of the Year three times (in 2015 for “See You Tonight,” in 2018 for “Five More Minutes,” and in 2019 for “This is It”); a Carolina Beach Music Award for National Dance/Shag Song of the Year (“Barefootin’”) in 2018; and the NSAI Nashville Songwriter Award for One of the Top Ten Songs I Wish I’d Written (“Five More Minutes”) in 2018. The North Carolina native released his first book, Go Big or Go Home: The Journey Toward the Dream, in 2016; it was re-released in paperback in 2020. McCreery launched his recording career by making history in 2011 as both the first country artist and the youngest male artist of any genre to debut his first studio album, the Platinum-certified Clear as Day, at No. 1 on the all-genre Billboard Top 200 Albums chart. For more information, visit  ScottyMcCreery.com.