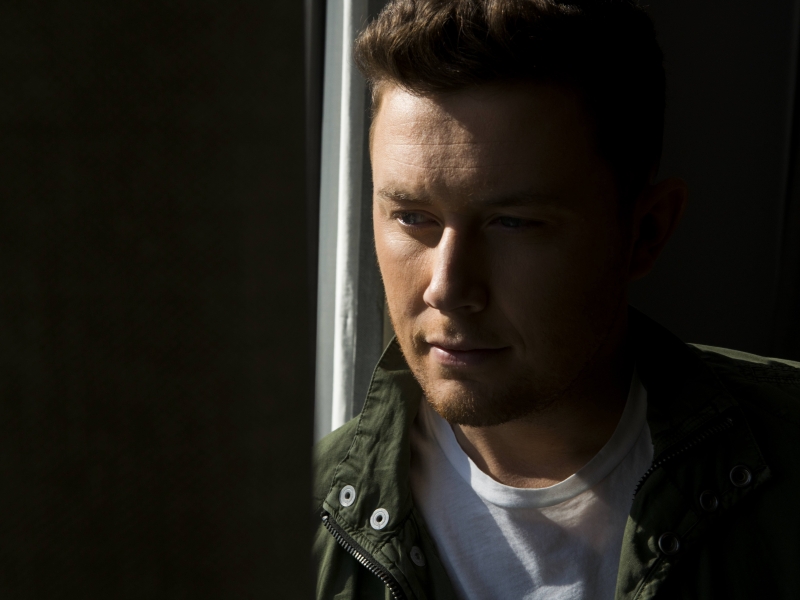 The growing momentum behind the career of Scotty McCreery continues as the chart-topping country artist releases his new single “In Between” to country radio. The song serves as the third single from his wildly-successful album Seasons Change, which debuted at No. 1 on the Billboard Country Albums Chart and spawned number one hits “Five More Minutes” and “This is It,” the latter holding the No. 1 spot for two consecutive weeks. The album was produced by Frank Rogers, Aaron Eshuis and Derek Wells.

“For me, the theme of ‘In Between’ is all about balance,” says McCreery about the addictive new song. “Everyone’s not all one thing or all the other.  We all have many facets to our lives. It’s about knowing who you are and finding the balance that’s right for you.”“In Between” is one of the top three most added songs at country radio this week. McCreery co-wrote the powerful song alongside Frank Rogers, Jessi Alexander and Jonathan Singleton over four years ago when he was still in the midst of just dating his now wife Gabi.

“I wrote it the very same week as we wrote ‘Five More Minutes,’” McCreery reveals. “I find it a bit funny because I wrote the lyric ‘I ain’t ready for a ring on my hand’ back then, and now when it’s my current single, I am a newly married man. But ‘In Between’ tells the story of where I was in my life at that moment, and I think that’s what makes it so personal to me.”

Taste of Country is already calling the song the ultimate ‘pivot point’ of McCreery’s career. “It’s the song that closes one extended chapter and begins another as he begins a new personal chapter with a wife and (someday) kids,” Billy Dukes writes.

McCreery married his longtime love Gabi in June 2018, with their engagement and wedding ultimately inspiring his latest number one hit “This Is It.” In fact, footage from their wedding day was showcased in the song’s music video, which now has been viewed over 40 million times and recently landed in the number one spot on “CMT’s Hot 20 Countdown.”

About Scotty McCreery
McCreery achieved new heights this year, earning two back-to-back No. 1 hits from his current album Seasons Change, which debuted at No. 1 on the Billboard Country Album chart: the RIAA Platinum-certified “Five More Minutes” and the RIAA Gold-certified “This is It,” which stayed at the top of the charts for two weeks. He co-wrote all 11 songs on Seasons Change. All four of his albums have debuted at No. 1 on a Billboard Albums chart, with current combined sales surpassing 3 million copies. He’s earned four Platinum and two Gold singles; won the 10th season of “American Idol” in 2011; was named the ACM New Artist of the Year in 2011; won the CMT Music Award for Breakthrough Video of the Year (“The Trouble with Girls”) in 2012; American Country Awards for New Artist of the Year in 2011 and Breakthrough Artist of the Year in 2013; BMI Awards for writing One of the Top 50 Country Songs of the Year twice (in 2015 for “See You Tonight” and in 2018 for “Five More Minutes”); a Carolina Beach Music Award for National Dance/Shag Song of the Year (“Barefootin’”) in 2018; and the NSAI Nashville Songwriter Award for One of the Top Ten Songs I Wish I’d Written (“Five More Minutes”) in 2018. The North Carolina native released his first book, Go Big or Go Home: The Journey Toward the Dream, in 2016. McCreery launched his recording career by making history in 2011 as both the first country artist and the youngest male artist of any genre to debut his first studio album, the Platinum-certified Clear as Day, at No. 1 on the all-genre Billboard Top 200 Albums chart. For more information and his current tour schedule, visit www.ScottyMcCreery.com.