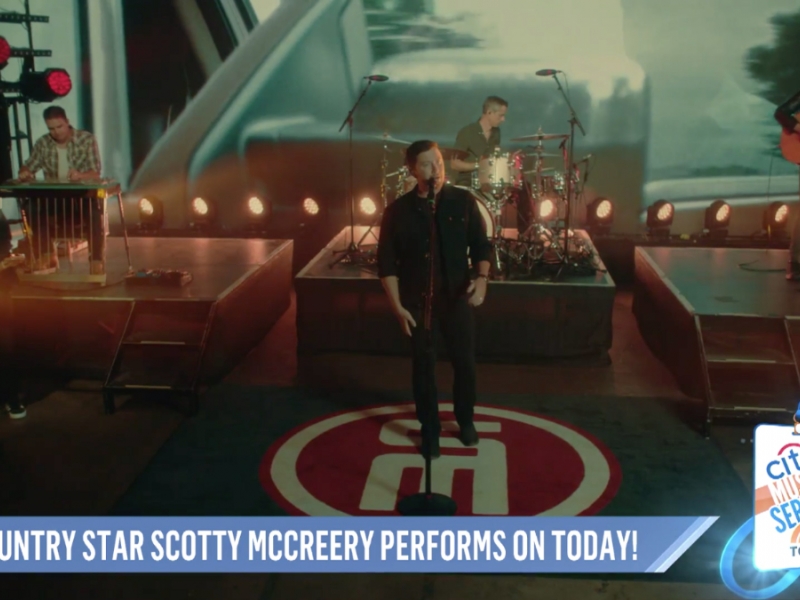 Earmarked to be the next single from the album, Rolling Stone has named the song a “Pick of the Week” calling it “clever songwriting, delivered by one of the genres’ best King George disciples. While Billboard praises, “Another ace is the clever track ‘Damn Strait,’ a rare outside cut on the project, penned by Trent Tomlinson and Jim Collins, in which McCreery name checks several of King George's greatest hits.” The Grand Ole Opry debut of the song has garnered over 43K views since its release.

“I had an email from Kevin Herring at my label and he said, ‘Hey, take a listen to this song. It just came through for you,’ and I kind of had a little mini freak out session because I’m a huge George Strait fan,” McCreery shared with Billboard. “I love the different tidbits in there of songs of his... It’s a classic country breakup song, but [it’s also] paying homage to George Strait throughout the song. It’s so cleverly written. If you’re a country fan, a George Strait fan, this song is so cool.”

In addition to celebrating the release of Same Truck with today’s interview and performance, McCreery also talked about being recognized recently with one billion career streams on Pandora and receiving his Billionaire Plaque. Also, McCreery now has been added to the Pandora Country Billionaires station.

On his fifth studio album, the Garner, North Carolina native shifts his perspective to reflect on the last decade of his career and life with wife Gabi and dog Moose, with Tennessean sharing, “McCreery walks a sonic tightrope that leans into his country influences while not abandoning modern Music Row hitmaking,” while Sounds Like Nashvilleobserves, “with 12 tracks in total, those songs ended up showing more maturity than ever, and exploring everything from the common bonds his fans share to the eternal flame of romance.”

Lead single “You Time,” co-written with producers Same Truck producers Frank Rogers and Aaron Eshuis, follows McCreery’s three consecutive No. 1’s from 2018’s Seasons Change, and continues climbing the charts at Country radio at No. 2 on both the Billboard and Mediabase/Country Aircheck chart.
Same Truck was produced by Rogers, Eshuis and Derek Wells, the team who produced his previous project, the RIAA Gold certified Seasons Change that has sold more than 700,000 copies to date, debuted at No.1 on the Billboard Country Albums Chart, and contained his three consecutive No. 1 hits: the Double RIAA Platinum certified “Five More Minutes,” Platinum certified “This is It,” and Gold certified “In Between.” McCreery co-wrote every song on that album.

About Scotty McCreery
McCreery’s new album Same Truck is available now everywhere music is sold. It contains his current his hit single “You Time” (currently No. 2 and rising up the country charts) and the fan favorite “Damn Strait.” He achieved new heights by earning three back-to-back No. 1 hits from his most recent album Seasons Change, the RIAA Gold-certified project which debuted at No. 1 on the Billboard Country Album chart: the RIAA Double Platinum-certified “Five More Minutes,” the RIAA Platinum-certified “This Is It,” which stayed at the top of the charts for two weeks, and RIAA Gold-certified “In Between.” McCreery co-wrote all 11 songs on Seasons Change, which Rolling Stone named as one of the “40 Best Country and Americana Albums of 2018.” All four of his previous albums have debuted at No. 1 on a Billboard Albums chart, with current combined sales surpassing 3 million copies. He’s earned one Double Platinum, four Platinum and two Gold singles; won the 10th season of “American Idol” in 2011; was named the ACM New Artist of the Year in 2011; won the CMT Music Award for Breakthrough Video of the Year (“The Trouble with Girls”) in 2012; American Country Awards for New Artist of the Year in 2011 and Breakthrough Artist of the Year in 2013; BMI Awards for writing One of the Top 50 Country Songs of the Year three times (in 2015 for “See You Tonight,” in 2018 for “Five More Minutes,” and in 2019 for “This is It”); a Carolina Beach Music Award for National Dance/Shag Song of the Year (“Barefootin’”) in 2018; and the NSAI Nashville Songwriter Award for One of the Top Ten Songs I Wish I’d Written (“Five More Minutes”) in 2018. The North Carolina native released his first book, Go Big or Go Home: The Journey Toward the Dream, in 2016; it was re-released in paperback in 2020. McCreery launched his recording career by making history in 2011 as both the first country artist and the youngest male artist of any genre to debut his first studio album, the Platinum-certified Clear as Day, at No. 1 on the all-genre Billboard Top 200 Albums chart. For more information, visit  ScottyMcCreery.com.
# # #