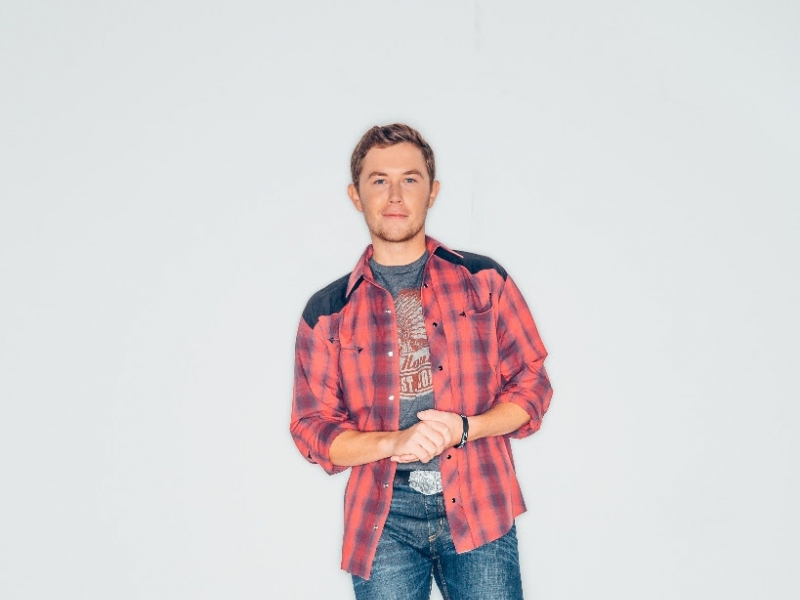 Saturday, April 16, 2016 - 9:30am
Related Client:
Scotty McCreery
NASHVILLE, Tenn. – (Apr. 16, 2016) – Following in the footsteps of Gary Allan, Keith Urban, Chris Young and other top singer/songwriters, Scotty McCreerywas voted “Country Music’s Hottest Bachelor of 2016” by the readers of NASH Country Weekly Magazine, as revealed in their April 25, 2016 issue, on-stands now. This announcement follows on the heels of the 22-year old North Carolina native being named the magazine’s “Sexiest Man in Country Music” last November. With the recent announcement that NASH Country Weekly will be relaunching as the digital-only NASH Country Daily in the coming months, this makes McCreery the print magazine’s final “Hottest Bachelor.”

“Have mercy!” said a stunned McCreery.  “I can’t decide if I’m still sunburned from being out on the beach earlier this week or if I’m blushing. While I don’t know that I agree with the title, it is nice to be thought of in this way. I sure appreciate the support of my fans and NASH Country Weekly.”

McCreery, who stole the show at last week’s “American Idol” series finale with his stunning rendition of his hero Garth Brooks’ hit song “Papa Loved Mama,” is gearing up for the May 3 release of his first book, Go Big or Go Home: The Journey Toward the Dream and the accompanying 14-city book tour. Cities, bookstores and dates for the book signings can be found at ScottyMcCreery.com.  The book is also available for pre-order at Amazon.com,BarnesAndNoble.com, BooksAMillion.com,ChristianBook.com, Lifeway.com, Walmart.com and other online retailers.

ACM and CMT Award winner Scotty McCreery burst onto the national music scene in 2011 at age 17 as the winner of “American Idol” Season 10, quickly establishing himself as one of country music’s hottest new stars. Now 22 years old, the talented singer/songwriter has sold more than 2.5 million albums. He made history as both the youngest artist and the first male country artist to debut his first studio album atop the all-genre Billboard Top 200 chart with his Platinum-certified album Clear as Day.  All three of his albums have debuted at No. 1 on aBillboard chart including the Gold-certified Christmas with Scotty McCreery and his most recent album, See You Tonight.  He has achieved one Gold (the Top Ten hit “Feelin’ It”) and three Platinum-certified singles (“The Trouble with Girls,” “I Love You This Big,” and the Top Ten hit “See You Tonight”) and toured with Brad Paisley and Rascal Flatts, among other artists. McCreery has earned the Academy of Country Music's New Artist of the Year Award (2011), CMT Music Award for Breakthrough Video of the Year (for "The Trouble with Girls" in 2012), American Country Award for New Artist of the Year (2011) and Breakthrough Artist of the Year (2013), and a BMI Award for writing one of the Top 50 Country Songs of 2015 (for his Top Ten hit "See You Tonight"). In February 2016, the readers of The Los Angeles Times voted him the “Best American Idol.” Tour dates and more information can be found atwww.ScottyMcCreery.com.