SCOTTY McCREERY EARNS THIRD CONSECUTIVE NO. 1 SINGLE WITH “IN BETWEEN” 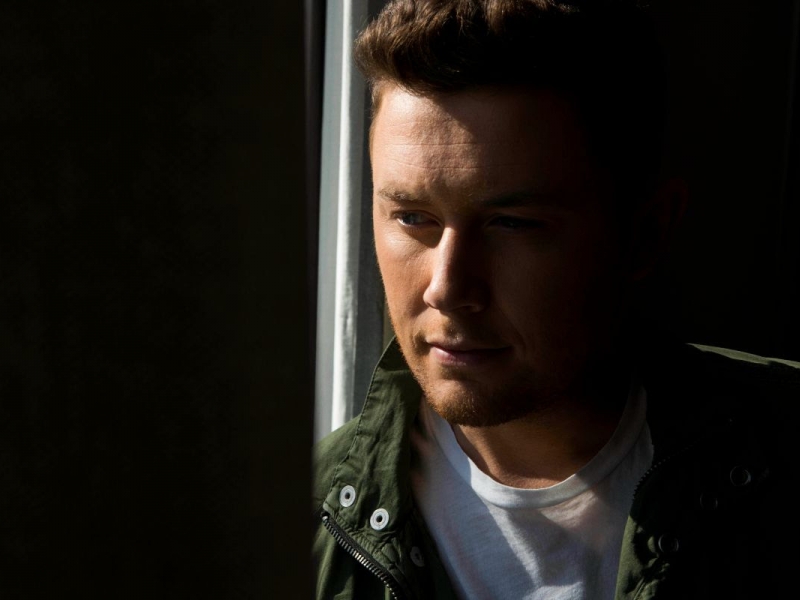 Currently at Work on Follow Up to Gold Certified Album, Seasons Change

Triple Tigers recording artist Scotty McCreery has earned his third consecutive No. 1 single with the reflective “In Between,” as the single reaches the top spot on both the Billboard and Mediabase/Country Aircheck Country Airplay charts. The track also makes Billboard Country Airplay chart history with a jump from No. 8 to No. 1, the greatest move to the top spot since 1991 when Ricky Van Shelton went from No. 9 to No. 1 with “Keep It Between the Lines,” making it the second-greatest move in the chart's history.

“Earning a No.1 record on ‘In Between,’ which is a song that defines me, is amazing. I loved writing this song with Frank, Jessi and Jonathan and telling my story,” said McCreery. “Earning three No.1 songs in a row is the perfect way to celebrate Seasons Change and how that album changed my life. I want to thank country radio for supporting my music, my fans for believing in me from day one, and both my management team Triple 8 Management and my record label Triple Tigers Records for always having my back and working side by side with me every day.”

“In Between” is the third single from McCreery’s 2018 album, Seasons Change, which debuted at No. 1 on the Billboard Country Albums Chart. It follows his back-to-back No. 1s, the Platinum-certified hit “This Is It” and Double-Platinum “Five More Minutes.” Produced by Frank Rogers, McCreery co-wrote the song alongside Rogers, Jessi Alexander and Jonathan Singleton over four years ago the same week he wrote “Five More Minutes.”

“Thanks to our friends at country radio for three consecutive No. 1 hits from this album, as well as their continued strong belief in Scotty and his music,” said Norbert Nix, GM and Partner at Triple Tigers Records. “All of us at Triple Tigers are so proud to work with Scotty every day. We know the depth of his artistry and it is gratifying to see that radio knows it as well. And folks, we’re just getting started….”

“Hitting No. 1 is never easy, but our Triple Tigers team is excited and proud every day to get up and give 110% to an artist like Scotty who always does the same to support us, our radio partners and his fans,” shared Kevin Herring, Senior Vice President  of Promotion at Triple Tiger Records.

“Everyone’s not all one thing or all the other. We all have many facets to our lives and different things we enjoy. It’s about knowing who you are and finding what’s right for you,” shared McCreery. “I wrote ‘In Between’ about really finding that balance and being happy with it.”

The North Carolina native is currently hard at work on his follow up to Seasons Change, which Rolling Stone named as one of the “40 Best Country and Americana Albums of 2018” and Whiskey Riff named it as one of the “30 Top Albums of 2018.” Taste of Country said Seasons Change “showcased [McCreery’s] growth as a songwriter and storyteller and his understanding of how and when to share parts of his own story.” Rogers, Derek Wells and Aaron Eshuis, who co-produced Seasons Change, are co-producing the new album as well.

While following “safer at home” guidelines since mid-March, the multi-Platinum-selling artist has already given more than 80 live-stream performances ranging from Twitch Stream Aid, “Circle Sessions,” “Feed the Front Line Live, Presented by CMT” and numerous Facebook and Instagram Live events with country radio stations across the nation and media outlets, which he has dubbed his “Somewhere in Quarantine Tour.”

And the country music singer/songwriter continues to reach new career milestones. Earlier this year he hit 100 million views on YouTube for “Five More Minutes”– making it one of only eight official music videos for country songs that have reached No. 1 on the Mediabase / Country Aircheck Country Singles Chart in the last two years to achieve this distinction. In April, McCreery became the first country music artist to present a virtual concert in an online gaming world on Club Cooee, performing for two consecutive weekends.