SCOTTY McCREERY TO APPEAR ON “CELEBRITY FAMILY FEUD” THIS SUNDAY, AUG. 5 ON ABC 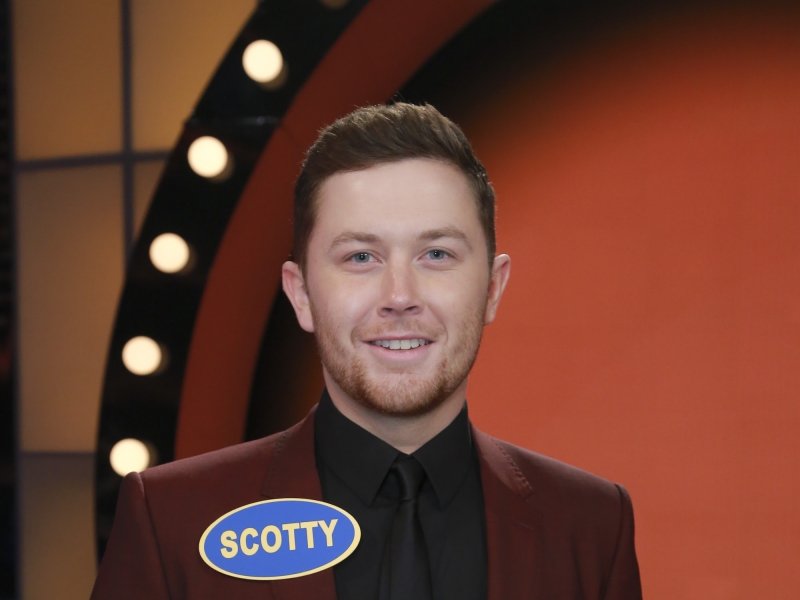 This Sunday, Aug. 5, country music singer/songwriter Scotty McCreery will share the spotlight with his family on ABC’s “Celebrity Family Feud.” The episode, hosted by Steve Harvey, will air at 8 PM EST / 7 PM CST on the ABC Television Network, streaming and on demand.

On Team McCreery, Scotty will be joined by his wife, Gabi Dugal McCreery; father-in-law, Merrick (Tre) Dugal III; father, Mike McCreery; and grandmother, Paquita McCreery. Together, the family members will play in support of St. Jude Children’s Research Hospital against actor/comedian Chris Kattan of “Saturday Night Live” and his family.
“Celebrity Family Feud” pits celebrities and their families against each other in a contest to name the most popular responses to a survey-type question posed to 100 people. The teams compete to win money in support of their favorite charities.

The episode was taped in the Spring prior to McCreery and Dugal’s June wedding. Last week, the couple invited fans into their special day, debuting the music video for his current single “This Is It” in partnership with The Knot.The song, currently at No. 42 on Mediabase/Country Aircheck, is the second single off of McCreery’s 2018 album,Seasons Change, and the highly-anticipated follow up to his RIAA-certified Platinum No. 1 single “Five More Minutes.” The video received more than one million views in its first six days of release.

About Scotty McCreery
McCreery made history in 2011 as both the first country artist and the youngest male artist of any genre to debut his first studio album, the Platinum-certified Clear As Day, at No. 1 on the all-genre Billboard Top 200 Albums chart. All four of his albums have debuted at No. 1 on a Billboard Albums chart, with current combined sales surpassing 3 million copies. He’s earned one Gold single and four Platinum singles; won the 10th season of “American Idol” in 2011; was named the ACM New Artist of the Year in 2011; won the CMT Music Award for Breakthrough Video of the Year (“The Trouble with Girls”) in 2012; and American Country Awards for new Artist of the Year in 2011 and Breakthrough Artist of the Year in 2013. In 2016, McCreery released his first book, Go Big or Go Home: The Journey Toward the Dream. His current album is Seasons Change featuring his No. 1 hit “Five More Minutes” and new single “This Is It.” For more information and his current tour schedule, visit www.ScottyMcCreery.com.