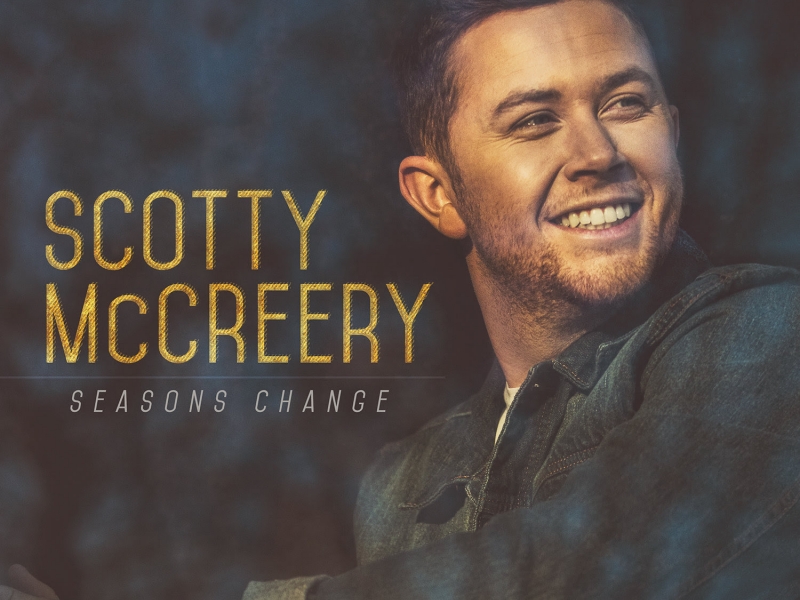 This morning after performing in front of both a packed crowd and a national television audience on Fox & Friends’ All-American Summer Concert Series, multi-Platinum-selling country music singer/songwriter Scotty McCreery announced his Seasons Change Tour, in support of his new album Seasons Change released earlier this year. McCreery will hit the road this fall, joined by special guests critically-acclaimed country music newcomer Jimmie Allen and “creative force” (Time) Heather Morgan. The tour, promoted by Live Nation, will kick-off at the House of Blues in Dallas, Texas on Nov. 29, 2018.

“Even though I’m always performing on the road, I really wanted to put together a specific tour surrounding Seasons Change because it is my favorite and most personal project yet,” said McCreery. “I am so excited to bring Jimmie Allen and Heather Morgan out with me. They are such talented singer/songwriters and I know the fans are going to love them.”

Tickets for the Seasons Change Tour will go on sale to the general public next Friday, Aug. 24, at 10:00 AM local at Ticketmaster.

McCreery’s 2018 album Seasons Change marked a career milestone for the 24-year-old artist. Its leading, RIAA-Platinum certified single “Five More Minutes” earned McCreery his first No. 1 song. The second and current single “This Is It” can be heard on airwaves across the country, while the music video featuring footage from his recent wedding surpassed 4 million views in just 20 days. The album, released on Triple Tigers Records, debuted at No. 1 on the Billboard Country Albums chart with more than 40,000 album sold in its first week, making it one of the top-selling country album debut weeks of the year. Seasons Change was McCreery’s fourth consecutive album to debut at No. 1 on a Billboard Album chart. It also received praise from the Tennessean, Billboard, Huffington Post and Rolling Stone, including being named to their list of the 25 Best Country and Americana Albums of 2018 So Far.

Allen is currently finalizing his first full-length album, due out later this year via Stoney Creek Records. Last October, Allen released his self-titled debut EP which earned him recognition as an “artist to watch in 2018” by Rolling Stone, Billboard, Pandora, Sounds Like Nashville and more, in addition to a spot in the The Bobby Bones Show’s Class of 2018. The personable singer, which fans have come to know via his “Jimmie Allen All In" series, is currently climbing the charts on Country radio with his Top 30 debut single “Best Shot.”

About Scotty McCreery
McCreery made history in 2011 as both the first country artist and the youngest male artist of any genre to debut his first studio album, the Platinum-certified Clear as Day, at No. 1 on the all-genre Billboard Top 200 Albums chart. All four of his albums have debuted at No. 1 on a Billboard Albums chart, with current combined sales surpassing 3 million copies. He’s earned one Gold single and four Platinum singles; won the 10th season of “American Idol” in 2011; was named the ACM New Artist of the Year in 2011; won the CMT Music Award for Breakthrough Video of the Year (“The Trouble with Girls”) in 2012; and American Country Awards for New Artist of the Year in 2011 and Breakthrough Artist of the Year in 2013. In 2016, McCreery released his first book, Go Big or Go Home: The Journey Toward the Dream. His current album is Seasons Change featuring his No. 1 hit “Five More Minutes” and new single “This Is It.” For more information and his current tour schedule, visit www.ScottyMcCreery.com.

About Jimmie Allen
The epitome of the phrase “persistence pays off,” Jimmie Allen laid it all on the line to make his dreams a reality. Now signed to BBR Music Group’s Stoney Creek Records, Jimmie Allen released his self-titled debut EP (10/2017) featuring a cutting-edge mix of country, rock, R&B, and pop produced by Ash Bowers and Eric Torres.

The Southern Delaware native’s talent for songwriting is undeniable, having written a song that was featured in a Super Bowl commercial and appeared in a Diet Coke ad with megastar Taylor Swift. “Blue Jean Baby,” off his debut EP, immediately caught the attention of country music fans and critics alike with its soulful groove— rocketing it to #8 on Spotify’s Viral Top 50 chart and #5 on Spotify’s Wild Country playlist. Allen is currently introducing his music at festivals across the country sharing the stage with the likes of Luke Bryan, Florida Georgia Line, Kane Brown, and superstar Toby Keith. The hot newcomer has already been heralded as one of the top “artists to watch in 2018” by Rolling Stone, Billboard, CMT, Pandora, Sounds Like Nashville, NY Country Swag, Country Music Rocks and New England Country Music and has earned spots in CMT’s “18 for 2018” Listen Up program and Bobby Bones’ Class of 2018.

About Heather Morgan
A Richardson, Texas native, Morgan has written songs for artists like Keith Urban, Kenny Chesney, Dierks Bentley, Maren Morris, Brett Eldredge, and more. Alongside friend Ross Copperman, Morgan and Eldredge have formed a power writing trio, penning almost a dozen songs for Eldredge's albums, including chart toppers “Lose My Mind” and "Beat of the Music.” Her dedication has earned her No. 1 singles and a BMI Country Song of the Year Award. Morgan’s debut album, Borrowed Heart, is a collection of moody pop layered with her winsome country soprano, and it captures the personal evolution of a woman and an artist. Produced by Paul Moak (John Paul White, Marc Broussard, Caitlyn Smith), Borrowed Heart will bow this October. For more information, please visit https://shorefire.com/roster/heather-morgan.