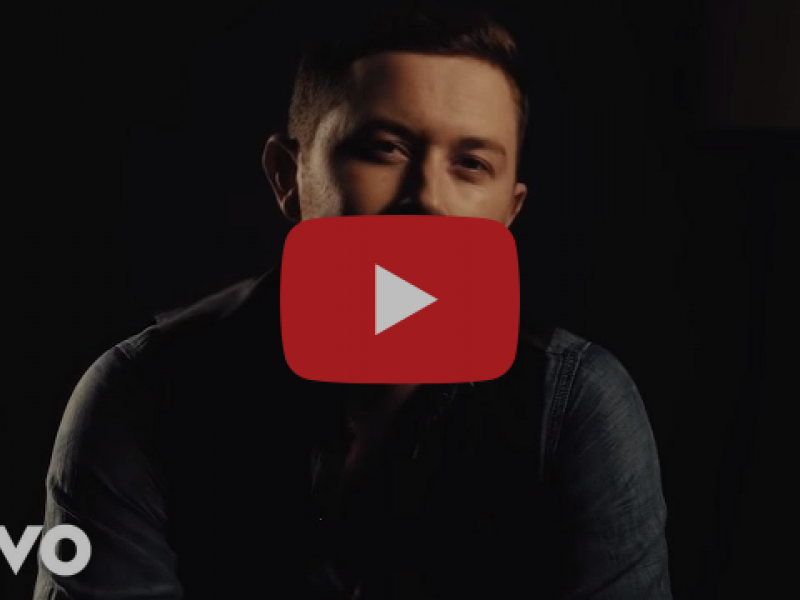 Video is One of Only Eight No. 1 Country Songs in the Last Two Years to Achieve 100 Million Views on YouTube

Scotty McCreery continues to reach new career milestones with his No. 1 song, “Five More Minutes.” Earlier this year the country music hitmaker celebrated his first Double Platinum Certification by the RIAA for the song. On the heels of that success, the music video for “Five More Minutes” has now garnered more than 100 million views on YouTube, making it one of only eight official music videos for country songs that have reached No. 1 on the Mediabase / Country Aircheck Country Singles Chart in the last two years to achieve this distinction.

The acclaimed music video for “Five More Minutes,” directed by filmmaker Jeff Ray, featured rare footage of McCreery growing up with family and friends. It went on to peak at No. 1 on both the CMT Hot 20 Countdown and the GAC Top 20 Countdown. Ray also directed McCreery’s videos for his second No. 1 hit “This is It” (Platinum-certified single nearing 60 million videos views on YouTube) and his current top 15 single “In Between.”  In addition, Ray directed all three acoustic music videos from McCreery’s recent digital EP, The Soundcheck Sessions.

“Jeff Ray went through hundreds of hours of rare family footage and perfectly captured what 'Five More Minutes' was all about,” said McCreery. “I wanted the video to feel as intimate as the song that I wrote with Frank and Monty, and Jeff did an incredible job of presenting some very personal moments that visually gave the song a different dimension. When I saw what he did with the ‘Five More Minutes’ video, I knew I loved his creative vision and wanted him to direct all the music videos from the Seasons Change album.”

“Five More Minutes” was McCreery’s first No.1 hit on both Mediabase/Country Aircheck Country Singles Chart and Billboard Country Airplay Chart. He wrote it with Frank Rogers (who also produced the song) and Monty Criswell, and it was the lead single from his album Seasons Change, which debuted at No.1 on the Billboard Country Albums Chart.

McCreery debuted the song on the Grand Ole Opry during CMA Music Festival in June 2016. The live video of the performance on the Opry’s YouTube Channel reached millions of viewers and went on to earn the North Carolina native the Rare Country Award for Opry Moment of the Year in December 2016. The song would go on to earn McCreery a BMI Award for writing One of BMI’s Top 50 Country Songs of the Year in 2018, the same year it was voted One of the Top Ten Songs We Wish We’d Written by the professional membership of the Nashville Songwriters Association International (NSAI).

Official MusicVideos of the Eight Songs that Reached No. 1 on the Country Charts in the Last Two Years (as of 4/7/2020, noon central time):

About Scotty McCreery
McCreery, whose current single is “In Between,” achieved new heights by earning two back-to-back No. 1 hits from his most recent album Seasons Change, the RIAA Gold certified project which debuted at No. 1 on the Billboard Country Album chart: the RIAA Double Platinum-certified “Five More Minutes” and the RIAA Platinum-certified “This is It,” which stayed at the top of the charts for two weeks. He co-wrote all 11 songs on Seasons Change. All four of his albums have debuted at No. 1 on a Billboard Albums chart, with current combined sales surpassing 3 million copies. He’s earned one Double Platinum, four Platinum and one Gold singles; won the 10th season of “American Idol” in 2011; was named the ACM New Artist of the Year in 2011; won the CMT Music Award for Breakthrough Video of the Year (“The Trouble with Girls”) in 2012; American Country Awards for New Artist of the Year in 2011 and Breakthrough Artist of the Year in 2013; BMI Awards for writing One of the Top 50 Country Songs of the Year three times (in 2015 for “See You Tonight,” in 2018 for “Five More Minutes,” and in 2019 for “This is It”); a Carolina Beach Music Award for National Dance/Shag Song of the Year (“Barefootin’”) in 2018; and the NSAI Nashville Songwriter Award for One of the Top Ten Songs I Wish I’d Written (“Five More Minutes”) in 2018. The North Carolina native released his first book, Go Big or Go Home: The Journey Toward the Dream, in 2016; it was recently re-released in paperback in 2020. McCreery launched his recording career by making history in 2011 as both the first country artist and the youngest male artist of any genre to debut his first studio album, the Platinum-certified Clear as Day, at No. 1 on the all-genre Billboard Top 200 Albums chart. For more information and his current tour schedule, visit  ScottyMcCreery.com.