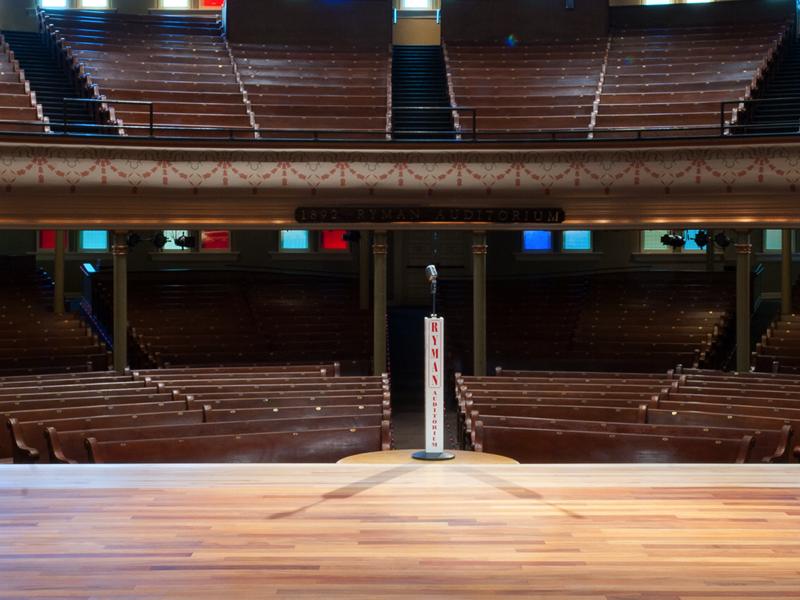 The historic Ryman Auditorium is recognized as one of the best performance halls in the world with Garden & Gun observing, “from the beginning, it was made for the human voice.” In the last calendar year alone, her prestigious stage has hosted over 200 performances spanning from Emmylou Harris, a residency with Little Big Town, five nights with Jason Isbell to an intimate show from Harry Styles as the venerable venue celebrated 125 years of excellence. Last night, the Ryman was named Theatre of the Year for the eighth consecutive year, and her 10th lifetime win, at the 29th Annual Pollstar Awards in Los Angeles.

"The Ryman is more than thick brick walls, stained glass windows, and beautiful 125-year-old pews,” says Ryman general manager Gary Levy. “It encompasses the spirit of all the artists that have graced its stage for the past 125 years, and every staff member that has worked tirelessly to make it the best possible venue. I would like to thank every artist, their management teams and agents, our promoter partners, and most importantly the staff of the Ryman for making this award possible."

The venue continues to host a wide variety of concerts and performances, proving time and again that the longstanding traditions and world-renowned reputation do not disappoint.

About Ryman Auditorium
A National Historic Landmark, Ryman Auditorium was built as a tabernacle by Captain Thomas G. Ryman in 1892, served as the home of the Grand Ole Opry from 1943-74, and was completely renovated in 1994. The Ryman is open for tours during the day and at night offers a wide variety of entertainment performances, just has it has for over 125 years. The venue was voted the 2010, 2011, 2012, 2013, 2014, 2015, 2016 and 2017 Pollstar Theatre of the Year and recently took home its fifth-consecutive CMA Venue of the Year Award. Ryman Auditorium is owned by Ryman Hospitality Properties, Inc. (NYSE: RHP), a Nashville-based REIT that also owns and operates the Grand Ole Opry, and 650 AM WSM. For more information, visit ryman.com.