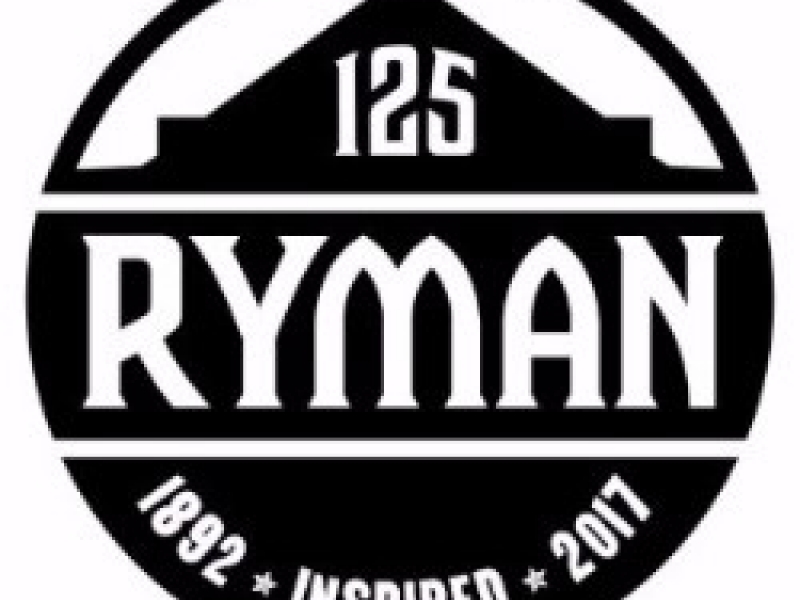 Ryman Auditorium, which has been celebrating its 125th anniversary with a stream of special events and tributes throughout the year, was honored with two noteworthy awards last night. Nashville Business Journal recognized the building’s longtime manager, Lula C. Naff, with a posthumous and inaugural Lula Naff Ryman Trailblazer Award. The venue affectionately known as Mother Church of Country Music was also inducted into the International Entertainment Buyers Association (IEBA) Hall of Fame at the 2017 Industry Awards.

Prior to its induction into the Hall of Fame, Ryman Auditorium has been the recipient of multiple Theater of the Year awards from IEBA, the leading trade organization for live entertainment industry professionals. The organization concluded its 47th Annual Conference yesterday evening with an awards ceremony honoring those behind the scenes. Other honorees include music legend Kenny Rogers; iconic concert promoter Louis Messina; Adam Kornfeld, longtime booking agent for Metallica; Red Rocks Amphitheater; and State Fair of Texas.

In another esteemed honor for the venue last night, Nashville Business Journal and Ryman Hospitality Properties presented the first ever Lula Naff Ryman Trailblazer Award, recognizing an outstanding woman in music business history. The inaugural award was presented posthumously to Lula Naff, Ryman Auditorium’s long-term manager and significant player in the 1900s, spearheading the establishment of the Ryman as one of the most culturally significant icons in the entertainment industry. Additional honorees at Nashville Business Journal’s Women in Music City Awards include Kelsea Ballerini and Jo Walker-Meador. This year’s honorees were recognized at a red-carpet awards dinner last night at Music City Center.

The city of Nashville and key players in the entertainment industry have eagerly honored the historic venue’s quasquicentennial. CMA Vocal Group of the Year Little Big Town began a yearlong residency with the venue, while GRAMMY Award-winning artist Jason Isbell and the 400 Unit performed on a six-night run this month. Country music legends such as Vince Gill, Ricky Skaggs, and Brad Paisley have shepherded the a recent string of the venue’s honors this year which have included a proclamation by Nashville Mayor Megan Barry declaring May 10, 2017 Ryman Auditorium Day as well as unveiling two new bronze statues of Little Jimmy Dickens and Bill Monroe.

Ryman Auditorium also unveiled a new daytime exhibit, “Inspired: 125 Years of Performance,” earlier this year. The exhibit displays historical artifacts that illustrate how the Ryman’s construction was born out of divine inspiration. A short film, hosted by Emmylou Harris, within the exhibit explain the Ryman’s role in suffrage, civil rights movements and fashion trends in country music. Including stage attire from Garth Brooks, Johnny Cash, Little Big Town,  Kacey Mugraves, and Chris Stapleton, guitars played by Vince Gill, Miranda Lambert and Jack White, along with artifacts from Ryan Adams and Willie Nelson, the exhibit showcases why the venue is held in such a high regard.

About Ryman Auditorium
A National Historic Landmark, Ryman Auditorium was built as a tabernacle by Captain Thomas G. Ryman in 1892, served as the home of the Grand Ole Opry from 1943-74, and was completely renovated in 1994. The Ryman is open for tours during the day and at night offers a wide variety of entertainment performances, just has it has for over 125 years. The venue was voted the 2010, 2011, 2012, 2013, 2014, 2015 and 2016 Pollstar Theatre of the Year and recently took home its fifth-consecutive CMA Venue of the Year Award. Ryman Auditorium is owned by Ryman Hospitality Properties, Inc. (NYSE: RHP), a Nashville-based REIT that also owns and operates the Grand Ole Opry, and 650 AM WSM. For more information, visit ryman.com.

About Lula C. Naff
Lula C. Naff was the Ryman Auditorium’s legendary theater manager who helmed the venue for more than 40 years, booking the Grand Ole Opry and a diverse who’s who of talent from Katharine Hepburn to Harry Houdini and Bob Hope to the Ziegfeld Follies. She was named Manager Emeritus when she retired in 1955. During her tenure, her vision for the Ryman was strategic and ever-evolving, branching out to include boxing matches, livestock auctions, political debates and more. She had a reputation for standing up for what she believed in, fighting censorship groups in court and welcoming diversity onstage and off. In 1943, she famously agreed to let the rowdy Grand Ole Opry show put down roots in the Auditorium, and the show filled her Saturday nights -and the nation’s airwaves- with music and comedy for the rest of her career and beyond.