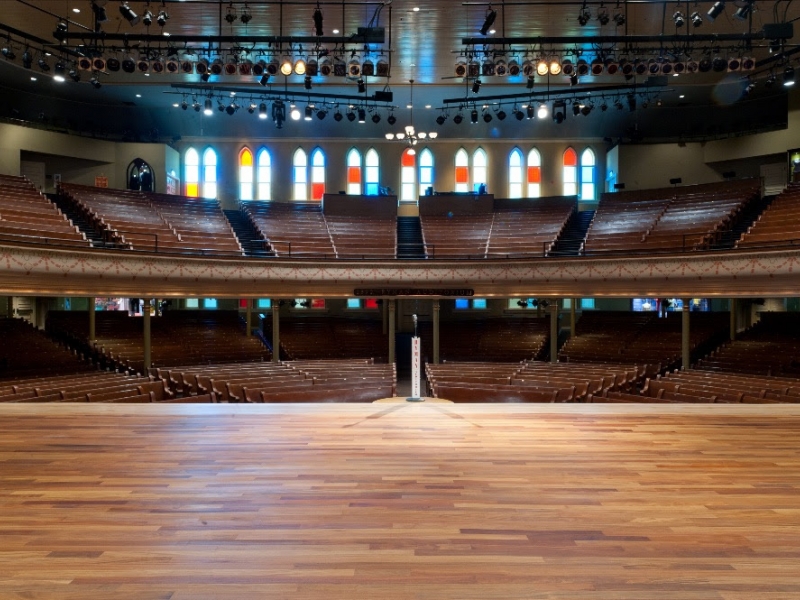 Last Friday, the Ryman welcomed back 125 in-person guests with Scotty McCreery and will increase that number to 250 this week. Nashville Public Health Department personnel will be on hand to observe, inspect and ensure compliance throughout the event as part of a pilot program designed to provide a safe return to indoor live music events.

‘LIVE AT THE RYMAN’ is a hybrid concert model developed by Opry Entertainment Group with input from the company’s official wellness advisor, Vanderbilt Health, designed to responsibly welcome back a limited number of guests while also allowing fans from across the country and around the world to enjoy high-quality live performances from home.

The Ryman will strictly comply with operating plans developed in partnership with the Nashville Public Health Department and Vanderbilt Health that include socially distanced seating, mandatory masks for all guests and staff, as well as enhanced cleaning practices.

In-venue and livestream tickets for the September 11 show are on sale now at ryman.com.

Each concert in the series is produced by the same team that has produced the weekly Saturday live broadcast of the Grand Ole Opry since the early days of the pandemic when all events with a live audience were suspended. LIVE AT THE RYMAN uses the Mandolin livestream platform, giving fans at home access to a front row seat.

For complete LIVE AT THE RYMAN ticket information and additional details about the health and safety precautions the venue is taking, please visit ryman.com.

About Brett Young:
Brett Young’s GOLD-certified TICKET TO L.A. (BMLG Records), debuted atop the Billboard Country Albums chart upon release and features back-to-back No. One hits he co-wrote — “Catch” and “Here Tonight.” His sophomore effort follows a PLATINUM self-titled debut, which dominated the Top 20 on the Country Albums chart for 37 weeks. Delivering six consecutive No. One hits with “In Case You Didn’t Know” (5X PLATINUM), “Mercy” (3X PLATINUM), “Sleep Without You” (PLATINUM), “Like I Loved You” (PLATINUM), “Here Tonight” (PLATINUM) and “Catch” (GOLD), Young was named ASCAP’s 2018 Country Songwriter-Artist of the Year for his “melodic craftsmanship” (Billboard). He has also garnered nominations from ACM, Billboard, Teen Choice, CMT and CMA Awards as he continues to rack up nonstop hits as “one of country’s most consistent radio stars” (Rolling Stone). Young has amassed more than 4.1 billion streams of his catalog globally and has sold-out stops on his headlining THE CHAPTERS TOUR. For additional information, visit BrettYoungMusic.com.