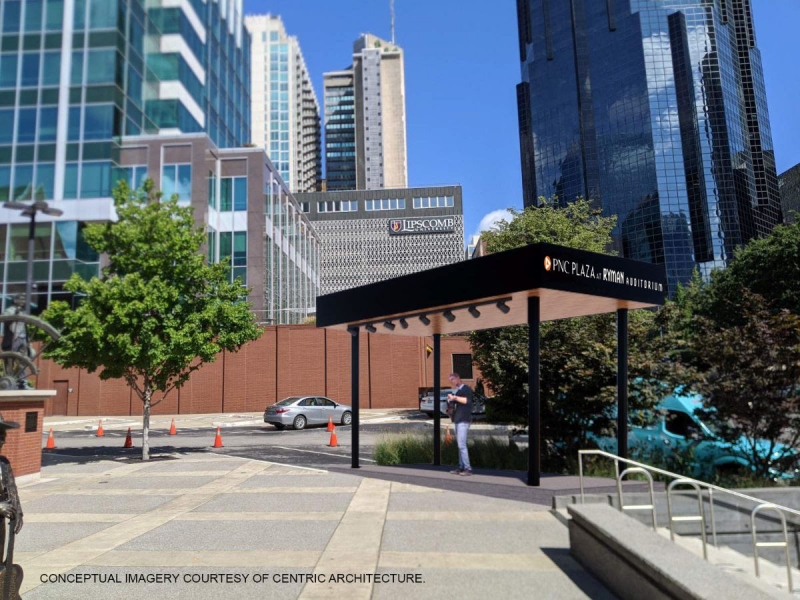 Nashville’s historic Ryman Auditorium announced it has entered into a multi-year sponsorship agreement with PNC Bank, making PNC the official banking sponsor of the Ryman.

The sponsorship will create PNC Plaza at Ryman Auditorium, which includes a permanent outdoor stage that will offer another location for visitors to enjoy live music and other outdoor events as part of their Ryman Auditorium experience. The new stage is expected to be completed by the end of the year and will be positioned on the Fourth Avenue North side of the property. Similar to previous expansions, the stage project will leave the original 1892 auditorium untouched.

PNC will also become a presenting sponsor of Ryman Community Day, an annual event that invites Tennessee residents to experience the Ryman’s immersive daytime tour free of charge. All events at the Ryman follow strict COVID-19 operating plans developed in partnership with the company’s official wellness partner, Vanderbilt Health, that include physical distancing, limited in-venue capacity, mandatory masks for all guests and staff, as well as enhanced cleaning practices. More details on this year’s Ryman Community Day will be announced in the coming weeks.

“PNC’s passion for music education and building strong, vibrant communities that engage in the arts aligns with our core values here at the Ryman,” said Gary Levy, Ryman Auditorium general manager. “This relationship will elevate experiences at the Ryman, both inside and out, throughout the year with the addition of the outdoor stage and enhanced activations during Ryman Community Day, to name a few. We’re excited to have PNC as our official financial sponsor.”

“Music is a great platform to connect people,” said Mike Johnson, PNC regional president for Tennessee. “It has the power to transcend boundaries of age, time and background. We hope the PNC Plaza at the Ryman will connect communities, neighborhoods and generations to create a stronger, more vibrant region.”

About PNC Bank:
PNC Bank, N.A., is a member of The PNC Financial Services Group, Inc. (NYSE: PNC).  PNC is one of the largest diversified financial services institutions in the United States, organized around its customers and communities for strong relationships and local delivery of retail and business banking including a full range of lending products; specialized services for corporations and government entities, including corporate banking, real estate finance and asset-based lending; wealth management and asset management. For information about PNC, visit www.pnc.com.

About Ryman Auditorium:
A National Historic Landmark, Ryman Auditorium was built by Captain Thomas G. Ryman in 1892. Ryman Auditorium is a 12-time winner of the prestigious Pollstar Theatre of the Year award. The historic venue is well-known as the Mother Church of Country Music and is the most famous former home of Grand Ole Opry (1943-1974). The Ryman has been featured in numerous film and television projects including Coal Miner’s Daughter, The Johnny Cash Show, American Idol, Nashville, and more. While offering a diverse lineup and thriving concert schedule (with over 200 shows per year), the venue is also open for daytime tours year-round. A coveted under-play for many, her iconic stage has seen the likes of Bruce Springsteen, Mumford and Sons, and Tom Petty in recent years. Ryman Auditorium is owned by Ryman Hospitality Properties, Inc. (NYSE: RHP), a Nashville-based REIT that also owns and operates the Grand Ole Opry, 650 AM WSM and Ole Red. For more information, visit www.ryman.com.
Link to Ryman press kit: http://bit.ly/rymanpresskitLink to stage rendering HERE.