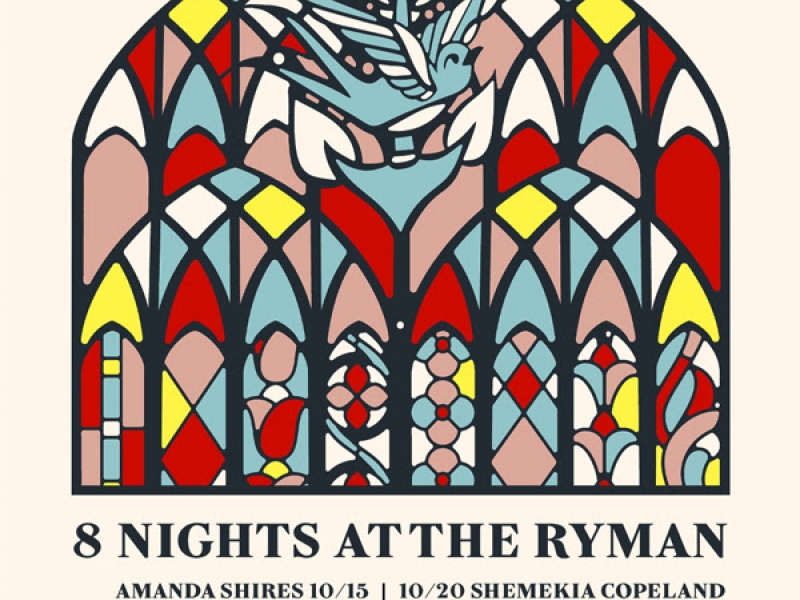 NASHVILLE, Tenn. – Today Nashville’s historic Ryman Auditorium announced the 5th residency of GRAMMY award-winning Jason Isbell and The 400 Unit, making it the group’s seventh appearance at the venue. Spanning from October 15 to October 24, the residency will mark the longest run the group has had at the venue to date. The shows will take place on October 15, 16, 17, 19, 20, 22, 23 and 24. Tickets go on sale this Friday, July 16 and 10am CT at ryman.com.

With a history of selling out 20+ consecutive nights at the Ryman, Isbell’s return and full slate of 2021 tour dates marks his first-time touring in support of his latest album, Reunions, released in May 2020. For more information visit JasonIsbell.com.

About Jason Isbell and The 400 Unit
What happens after an artist has achieved his dreams? That was the major question Jason Isbell was asking himself leading up to the creation of his newest album, Reunions, recorded with the 400 Unit and produced by celebrated producer Dave Cobb. After all, four-time Grammy winner Isbell is at the top of his game. He is widely acclaimed as one of our best songwriters and possesses a devoted audience who have pushed his last two albums to the tops of the charts.

“Success is a very nice problem to have but I think ‘how do I get through it and not lose what made me good in the first place?’” he says. “A lot of these songs and the overall concept of this album is how do I progress as an artist and a human being and still keep that same hunger that I had when I wasn’t quite so far along in either respect.”

Isbell’s solution: to go back in time with his hard-gained knowledge. The result is a seamless collection of ten new songs that delve into relationships with lovers, friends, children, parents, and one’s self. There are rousing anthems that will have stadiums singing along, lyrical standouts that highlight some of Isbell’s best writing to date, moving looks at youth and childhood, a deep dive into the challenges of relationships, and deeply personal songs about alcoholism and parenthood. All of them offer us an artist at the height of his powers and a band fully charged with creativity and confidence.

About Outback Presents
Outback Presents is the leading independent, full-service promoter of live entertainment. Based in Nashville, Outback Presents produces thousands of music and comedy shows, tours, and festivals annually across North America and connects its diverse roster of artists with their fans.