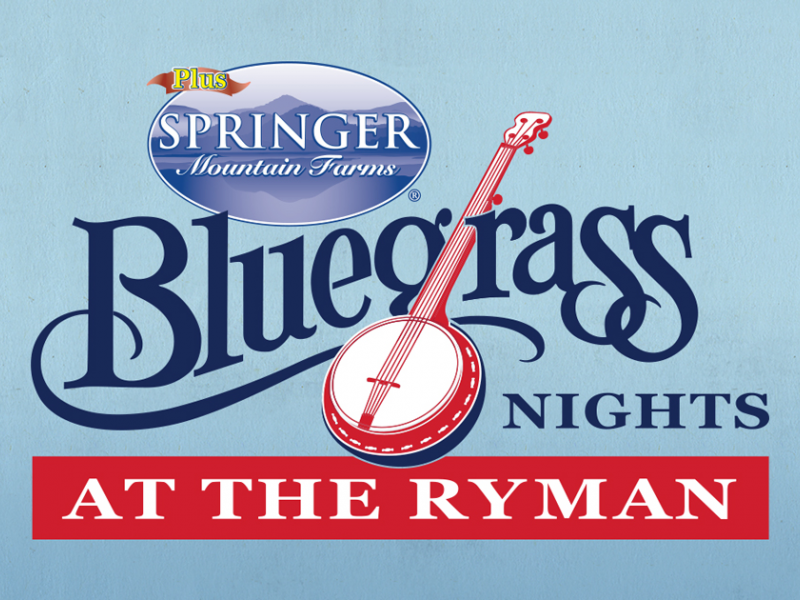 Ryman Auditorium’s annual Springer Mountain Farms Bluegrass Nights at the Ryman will return this summer for three Thursday nights in July with a lineup that includes Ricky Skaggs and Kentucky Thunder, Rhonda Vincent and Dailey & Vincent. Presented by Springer Mountain Farms, the Nashville tradition with a legacy nearly as strong as the building itself, will kick off Thursday, July 1, with both limited in-venue and livestream tickets available. To purchase visit Ryman.com.

Over 75 years ago in December of 1945, Bluegrass was born on the famed Ryman stage when a young banjo player named Earl Scruggs joined Bill Monroe’s Blue Grass Boys on stage for the first time. As they combined harmonies, upbeat tempos and a new sound referred to as “high lonesome,” the result was a new, energetic sound of country music that lifted crowds from the Ryman’s historic church pews to their feet. “Bluegrass” was born, and the Ryman became forever known as the “Birthplace of Bluegrass.” The venue honors Monroe’s legacy with a life-size statue on site, unveiled in 2017. Learn more about Monroe and his legacy HERE.

After sitting vacant for nearly two decades after the Grand Ole Opry relocated to its new home, the Ryman underwent renovation and reopened its doors on June 3, 1994. That same year, the venue introduced the first of what would become its annual “Bluegrass Nights at the Ryman,” which featured Bill Monroe and Alison Krauss. Now more than 20 years later, the Ryman continues to celebrate bluegrass music’s contribution to music history with artists and fans alike.

*NOTE: All events at the Ryman follow strict COVID-19 operating plans that include physical distancing, limited in-venue capacity, mandatory masks for all guests and staff, as well as enhanced cleaning practices.