THE RUCKERS PRIORITIZE GIVING BACK WHILE ON SUMMER PLAYS ON TOUR 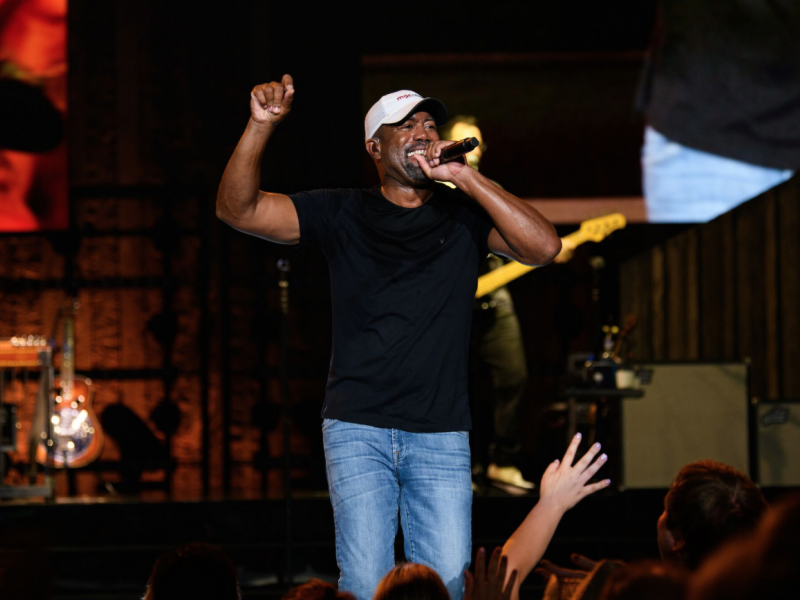 In addition to delivering what The Oakland Press called “a jukebox worth of hits,” multi-Platinum superstar Darius Rucker also used the 28-city Summer Plays On Tour for good, raising a total of $174,429.37 through each ticket sold for the Just Be You non-profit.

“My mom taught me how important it is to give back when I was young,” shares Rucker. “We didn’t have much growing up, but we always did whatever we could to help others. Continuing to give back has been important to me throughout my whole career, so I love that we were able to do that with this tour.”

"Just Be You has been a passion project in the works for a long time," adds Beth Rucker, who established the non-profit in 2017. "Empowering these young adults through our programming, encouraging them to embrace their unique self, equipping them with the knowledge and tools to identify their own voices and to see them know that they are enough is so rewarding. I am incredibly grateful to the community and fans' support and am humbled by Darius’ dedication to the establishment of the non-profit and commitment to our mission."

About Darius Rucker
Rucker first attained multi-Platinum status in the music industry as the lead singer and rhythm guitarist of GRAMMY award-winning Hootie & the Blowfish. Since releasing his first country album in 2008, he has celebrated four summits to the top of the Billboard Country albums chart and earned a whole new legion of fans. In 2014, Rucker won his third career GRAMMY award for Best Solo Country Performance for his 4x Platinum selling cover of Old Crow Medicine Show’s “Wagon Wheel,” the No. 1 single off his album True Believers. Rucker’s first two country albums, Learn To Live and Charleston, SC 1966, produced five No. 1 singles including “Come Back Song,” “This,” “Alright,” “It Won’t Be Like This For Long,” and “Don’t Think I Don’t Think About It.” Southern Style, his fourth studio country album, featured his seventh No. 1 single “Homegrown Honey.” Rucker’s latest album on Capitol Records Nashville, When Was The Last Time, features “If I Told You” and “For The First Time," his eighth and ninth No. 1s on country radio, as well as current single “Straight To Hell,” a re-imagining of the Drivin’ N Cryin’ classic featuring Jason Aldean, Luke Bryan and Lady Antebellum’s Charles Kelley. Rucker recently wrapped the co-headlining Summer Plays On Tour with Lady Antebellum and will soon head overseas for a U.K. tour. For more information, visit www.dariusrucker.com and follow on social media @DariusRucker.

About Just Be You
Through developmentally appropriate activities, carefully crafted practices, and meditations in a safe space, joined by skilled, knowledgeable, caring leaders, this course creates an opportunity for adolescents to construct a healthier path to lead them and gives rise to greater understanding of their emotions. The Just Be You space encourages and celebrates all levels of what it means to be bold, be brilliant, and just be you. For more information, visitwww.JustBeYou.org.