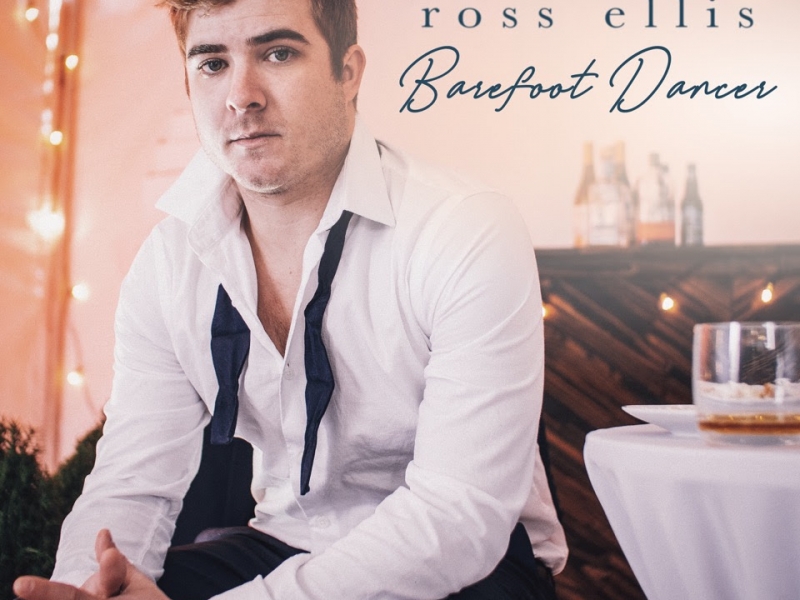 On the heels of his hauntingly soulful “Ghosts,” which notched a place on The Highway’s top 10 most-played songs and saw major streaming and sales success, Louisiana born-and-bred singer/songwriter Ross Ellis leans in to his ability to depict a familiar scene in an unexpected light in his new song “Barefoot Dancer.” The accompanying acoustic video sees Ellis showcase his talent as a musician and was recorded in a single take. The sweet, mid-tempo ballad brings the “always a bridesmaid never a bride” cliché to life, yet offers hope to all those self-proclaimed members of the Lonely-Hearts Club.

“When most people are ogling the bride at a wedding, I like to study those closest to them, their friends and family,” reveals Ellis. “Their squinting eyes and quivering smiles, in those moments I find myself imagining what’s going on in their minds, from their perspective. Those are the stories I want to hear. Those are the hearts I want to help mend because in the happiest of settings, you can still sense the loneliness.”

The song, written by Ellis, Dan Fernandez and Rob Crosby, and produced by Fernandez comforts with lyrics:

“Whether it’s the loss in ‘Ghosts’ or the heartache in ‘Barefoot Dancer,’ I want to find a way to focus on the hope in my music,” Ellis adds.

Ellis, after humble beginnings as a poet, realized he may have a knack for songwriting. His family encouraged him to expand upon that talent and pursue his dream of writing and singing for a living.

After moving to Nashville in 2014, Ellis developed a deeper appreciation for songwriting, a profession he naively admits was somewhat of an anomaly to him. “When you’re from a small town, it seems daunting to move to a city like Nashville where there are people who wake up every day with the infrastructure and connections to write a hit song. But it was here, in Music City, that I learned it’s how you look at the subject and show it in a new light that really differentiates a good song and a great song. I think when you lean in to those vulnerabilities you can really land on the emotion.” Earning cuts by Tyler Farr and Jordan Rager, Ellis most recently co-wrote Tim McGraw’s current single “Neon Church,” which is Top 20-and-climbing on the Country radio charts.

He adds, “It’s my hope and goal that ‘Barefoot Dancer’ will reassure folks and help them realize their time will come. There’s a great love out there for each of us – we just need to remember to lean in and be vulnerable sometimes, in songwriting and in life.”

Fans can catch Ellis on the road with Mitchell Tenpenny this month and listen to “Barefoot Dancer” here.

About Ross Ellis
Ross Ellis was born and raised in the small town of Monterey, Louisiana. At fifteen years old, he started the band, “Wayside” with his cousin and some high school friends. The band gained a strong following throughout Ellis’ high school and college years, playing venues across Louisiana and Mississippi. After graduating from University of Louisiana at Monroe, Ellis turned down multiple job offers to instead move to Nashville. After a month of living out of hotels, he met singer/songwriters Jameson Rodgers and Hunter Phelps, who were looking for a third roommate. After less than a year of working part time jobs, writing most every evening and weekend and playing any writer’s round that would have him, Ellis caught the attention of BMI’s Bradley Collins. A short time later, Ellis signed at Big Deal Music. In late 2017, the now 26-year-old storyteller was named Sirius XM’s latest “Highway Find” with the release of his first single, “Home for the Weekend.” Most recently, Ellis released the hauntingly powerful single, “Ghosts,” which has reached the top 10 most played songs on The Highway. He also celebrated a deeply personal milestone when fellow Louisiana native, Tim McGraw, released in October of 2018 the new single, “Neon Church,” co-written by Ellis, Ben Goldsmith and Ben Stennis. While continuing to write, Ellis is currently touring alongside other Nashville staples, including Brett Young, Chase Rice, Raelynn and Eli Young Band.