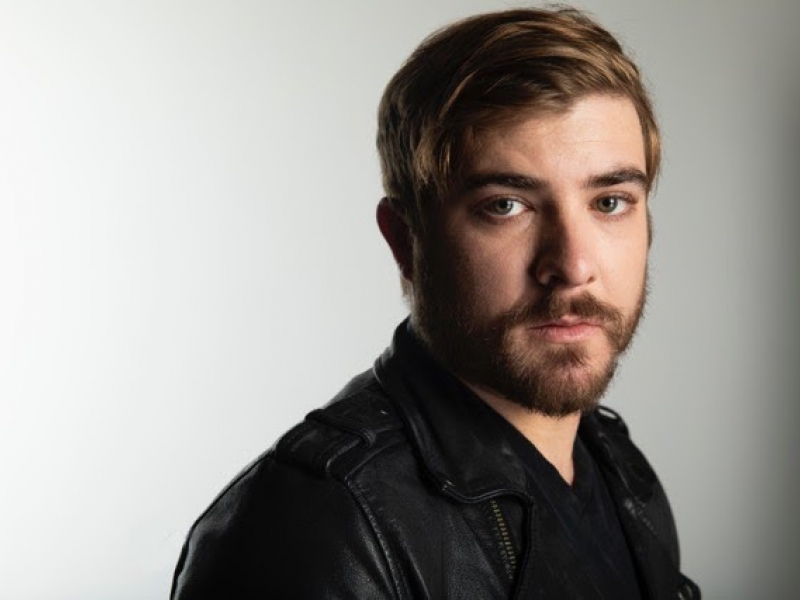 NASHVILLE, Tenn. – Singer/songwriter Ross Ellis is set to headline the first ever "Nashville Hits The Roof" Concert Series at Tin Roof locations across the country. Presented by SiriusXM’s The Highway, the FREE shows will begin at 8 p.m. and are first come first serve. Guests are encouraged to RSVP HERE if planning to attend.

“When I first moved to Nashville, I spent many of my Tuesday nights at the Tin Roof,” shares Ellis. “Tuesday is their songwriter night. It was a place I loved to go listen and share my own songs. Along the way I built some incredible relationships with other songwriters. It feels like a full circle moment for me to headline this tour for Tin Roof, a place that gives a platform for songwriters like me every week.”

Ellis signed with Big Deal Music for publishing in 2017, a deal that led to superstar Tim McGraw cutting his song “Neon Church” in 2018. In addition to McGraw, Ellis has had cuts by country artists Tyler Farr, Jordan Rager and most recently Gary Allan.

News of the tour comes on the heels of a breakout year for the songwriter with The Boot calling the Louisiana-native an “Artist to Watch” after “penning tracks for some of country music's biggest acts.” Much of the early acclaim is no doubt due to soulful and personal tracks like his recent “Buy and “Buy” which was one he knew he had to record himself.

Ellis says, “I’m learning that there are certain songs that I have to keep for myself no matter what. ‘Buy and Buy’ was one of those songs. I’m here to tell my story and if it isn’t candid, what’s the point?”

The song went on to hit No. 1 on SiriusXM The Highway’s Top 30 Countdown last month and has been featured on Apple Music's Breaking Country, Spotify's Wild Country and Pandora's New Country. The song also caught the attention of country sensation Thomas Rhett with Rhett telling Nash Country daily “…it’s one of the freshest songs on the radio.” Listen to “Buy and Buy,” and watch Ellis’ one-take acoustic video.

“Buy and Buy” followed the release of another reflective and emotional track for Ellis called “Ghosts.” Rolling Stone featured the track in their “10 Best Country Songs of the Week” and it reached the top 10 most played songs on SiriusXM’s The Highway amassing over 2.8 million streams.

While continuing to write, Ellis has toured alongside the likes of Chris Janson, Brett Young, Chase Rice, Raelynn, and Eli Young Band. For more information, visit rossellismusic.com or on social media @RossEllisMusic.

About Ross Ellis
Ross Ellis was born and raised in the small town of Monterey, Louisiana. At fifteen years old, he started the band, “Wayside” with his cousin and some high school friends. The band gained a strong following throughout Ellis’ high school and college years, playing venues across Louisiana and Mississippi. After graduating from University of Louisiana at Monroe, Ellis turned down multiple job offers to instead move to Nashville. After a month of living out of hotels, Ellis met singer/songwriters, Jameson Rodgers and Hunter Phelps, who were looking for a third roommate. After less than a year of working part time jobs, evening and weekend writing, and playing writer’s rounds, Ellis caught the attention of BMI’s Bradley Collins. A short time later, he signed at Big Deal Music. In late 2017, Ellis was named Sirius XM’s latest “Highway Find” with the release of his first single, “Home for the Weekend.” His hauntingly powerful song, “Ghosts,” reached the top 10 most played songs on SiriusXM’s The Highway. He also celebrated a deeply personal milestone when fellow Louisiana native, Tim McGraw, released in October of 2018 the new single, “Neon Church,” co-written by Ellis, Ben Goldsmith and Ben Stennis. While continuing to write and record, Ellis has toured alongside the likes of Chris Janson, Brett Young, Chase Rice, Raelynn, and Eli Young Band. For more information, visit rossellismusic.com or on social media @RossEllisMusic.