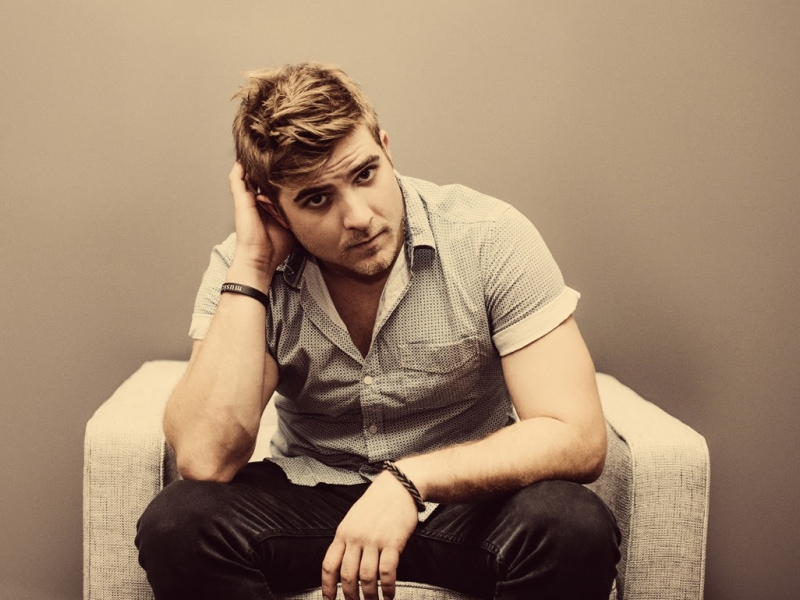 NASHVILLE, Tenn.— Having penned tracks for some of country music's biggest acts, including country superstar Tim McGraw, singer/songwriter Ross Ellis has quickly become an “artist to watch” according to The Boot. Following the success of his song “Buy and Buy,” which hit No. 1 on SiriusXM The Highway’s Top 30 Countdown, the Sony Nashville Recording artist is sharing a deeply personal video for the powerful track that recounts the loss of his childhood home in a fire several years ago and the power of family and rebuilding. The music video for “Buy and Buy” debuts exclusively today on American Songwriter."I was very reluctant to tell this part of my story, and even tried to keep it from my Nashville friends and co-writers for quite some time," Ellis shared with American Songwriter following the devastating tornados in middle Tennessee this week. "But in all honesty, it is so trivial in comparison to what people have gone through in recent days. I’ve learned that 'things' can be rebuilt and replaced, but my heart breaks for the precious lives that were lost in Middle Tennessee on Tuesday.  There is so much hurt in Music City right now."Written by Ellis along with Thomas James Schleiter and Allison Veltz Cruz and produced by Brett Vargason and Tom Michael, the song reflects on materialism and one of life’s most valuable commodities, time, the one thing that none of us can buy. Directed by Jeff Ray, the video features personal photos and video of Ellis and his family recounting the fire that took everything but Ellis' guitar, which was saved by his father."I felt a similar sense of loss and uncertainty when we lost our family home several years ago," Ellis shared as he reflected on rebuilding after the fire. "I’m so thankful for my co-writers who were willing to put their hearts on their sleeves and go to that painful place with me while writing 'Buy and Buy,' and I hope this song and video offers some comfort to those who need it. I’ve been so moved by the heart of  the Nashville community. The love and support I’ve seen this week reminds me of my hometown community in Monterey. We couldn’t have made this video without them and the photos they shared so Jeff could bring my family’s story to life."
The video follows a number of powerful songs from the singer/songwriter since moving to Nashville including, “Home for the Weekend” in 2017, followed by his hauntingly powerful song, “Ghosts,” in 2018 which Rolling Stone named a “top song of the week” and his most recent release the soulful and uplifting track, “Home to Me.”

Since its release late last year, “Buy and Buy” has continued to receive a strong response from listeners as well reaching over 2 million in consumption to date and averaging almost 2000 in weekly sales with superstar Thomas Rhett telling Nash Country Daily “…it’s one of the freshest songs on the radio.” Listen to “Buy and Buy,” and watch the new video here.

About Ross Ellis
Signed to Sony Music Nashville, Ross Ellis was born and raised in the small town of Monterey, Louisiana. At fifteen years old, he started the band, “Wayside” with his cousin and some high school friends. The band gained a strong following throughout Ellis’ high school and college years, playing venues across Louisiana and Mississippi. After graduating from University of Louisiana at Monroe, Ellis turned down multiple job offers to instead move to Nashville. After a month of living out of hotels, Ellis met singer/songwriters, Jameson Rodgers and Hunter Phelps, who were looking for a third roommate. After less than a year of working part time jobs, evening and weekend writing, and playing writer’s rounds, Ellis caught the attention of BMI’s Bradley Collins. A short time later, he signed at Big Deal Music. In late 2017, Ellis was named Sirius XM’s latest “Highway Find” with the release of his first single, “Home for the Weekend.” His hauntingly powerful song, “Ghosts,” reached the top 10 most played songs on SiriusXM’s The Highway. He also celebrated a career milestone when fellow Louisiana native, Tim McGraw, released in October of 2018 the new single, “Neon Church,” co-written by Ellis, Ben Goldsmith and Ben Stennis. While continuing to write and record, Ellis has toured alongside the likes of Chris Janson, Brett Young, Chase Rice, Raelynn, and Eli Young Band. For more information, visit rossellismusic.com or on social media @RossEllisMusic.