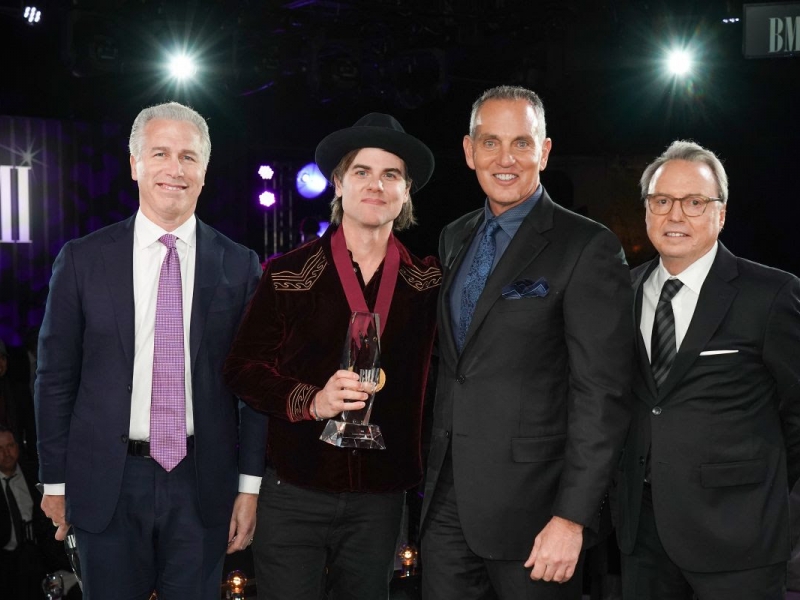 GRAMMY-nominated singer, songwriter and producer Ross Copperman is adding to his cachet as one of the most influential figures in country music after taking home his third BMI Songwriter of the Year award last night, following wins in 2016 and 2017.

“I’m so grateful to have the opportunity to work with incredible artists and co-writers and can’t thank the BMI team enough for their unwavering support,” Copperman said after the event.

Fortuitously, his fourth solo track of 2019, “Feels Like I’m Home,” co-written with hitmakers Lolo Pritchard and Jon Nite, was made available to all digital partners last Friday, Nov. 8. Also last week, Copperman moved up to No. 3 on the MusicRow Top Songwriter Chart with four tunes in rotation, including “Living” (Dierks Bentley), “Tip of My Tongue” (Kenny Chesney), “Catch” (Brett Young) and “What She Wants Tonight” (Luke Bryan).

Likewise, Copperman’s songwriting talents have shined on a total of 21 No. 1 hits for artists such as Luke Bryan (“Strip It Down”), Kenny Chesney (“Setting the World on Fire”) and Florida Georgia Line (“Confession”). Earlier this year, his “Stars Are on Your Side” was featured on Spotify’s New Music Friday and was also featured on an episode of ABC’s award-winning show Grey’s Anatomy. Copperman has had numerous other major placements in TV shows and movies including CSI: NY, The Vampire Diaries, The Biggest Loser, NCIS and Nashville.

In addition to his professional accomplishments, Copperman is on the ACM board of directors for Lifting Lives, a philanthropic effort that funds music health programs while also serving members of the music community who face unexpected hardships. He has also led a very personal nonprofit initiative as co-founder of Songfarm, a program that provides high school students the proper studio equipment to help them reach their music dreams. The idea for Songfarm originated when Copperman attempted to fulfill the needs of music students at his own high school in Roanoke County, Va. He hopes to replicate Songfarm with schools across the nation. For more information, visit songfarm.org.