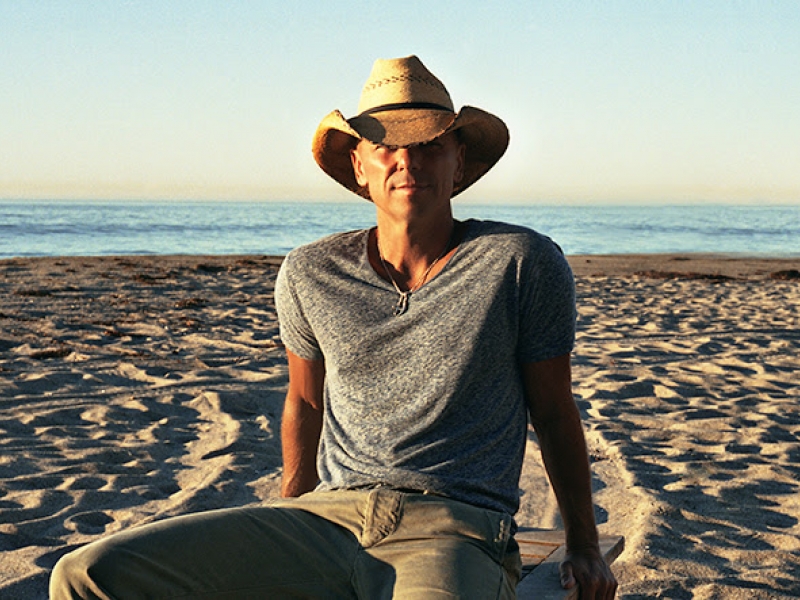 New York, NY (May 4, 2016):  Kenny Chesney made a video to match the reality-slamming urgency of “Noise,” the first single from Some Town Somewhere. Filled with quick cuts, slices of technology, talking heads, fashion models, vintage images, Donald Trump, a Kardashian and people yelling, the 8-time Entertainer of the Year was looking for somewhere to debut the groundbreaking clip where the cacophony he was trying to capture would truly be understood. There was only one choice:RollingStone.com.

“They have been the cultural and societal touchstone since I was a kid,” Chesney explains, “and that gives them the gravitas to reflect what Shaun and I were trying to capture in the song. This is not political, so much as social... if you want to get people to take it all in, to step back and really reflect, let’s put the video at the heart of where people who sort those things are.”

“...all in a blink-and-you'll-miss-it shots. It's almost like the music video equivalent of a Jackson Pollock painting: the busiest piece of art you've ever seen, with a million different strokes merged together into one beautifully chaotic theme,” offers RollingStone.com in their exclusive web-only feature around the clip, which debuted at 9 a.m. EDST (http://bit.ly/KCvideoRS).

The work of Chesney and longtime collaborator, award-winning director Shaun Silva, “Noise” is the visual manifestation of the song written as a reaction to too many shouting, not-talking heads, construction noise, sound pollution and tech overload. As Chesney told the iconic publication, “[The video] captures what was rolling around in my head, even in the initial conversation when we were writing. It really captured what I was thinking and the essence of how we can get lost in this fog and be drowned by all of it.”

Written en route to a marketing meeting for the original single from Some Town Somewhere, Chesney felt the song so captured the current moment. It was recorded 36 hours later – and the set-up was scrapped just two weeks before street date. The result? “Noise” became the most added song of the songwriter’s career.

For Chesney, who is always a groundbreaker, this unconventional move – teaming with a platform of publication websites – was prompted by wanting to reach a variety of different audiences. Given the Wenner Media platform of general interest, men’s and music/culture publications, the man who’s sold in excess of a million tickets on every headlining tour is hoping to strike a chord among the most focused and culturally forward people out there.

He tells RollingStone.com, “We’re not preaching to anyone, we’re just making a statement about the way we live. The message is to try to be mindful of it. If you love someone, tell them you love them. Don’t text it to them! There is so much life to be lived outside our phones.”

With the 2016 Spread the Love Tour underway, Chesney is gearing up for a big summer. Some Town Somewhere lands July 8. With “Noise,’’ just outside the Top 10, it’s only beginning.
# # #