RANDY HOUSER UNVEILS ONE-TAKE MUSIC VIDEO FOR “NOTE TO SELF” 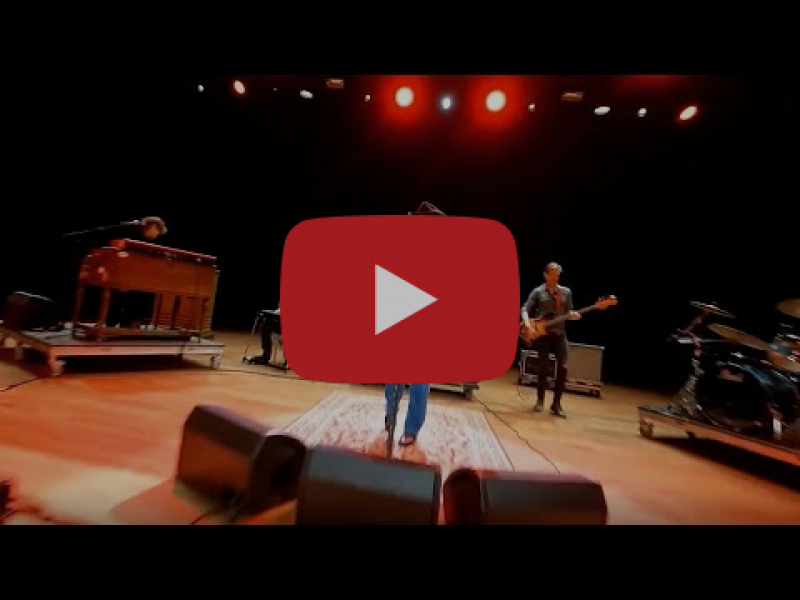 Houser Soars at Sold Out Show at Ryman Auditorium
Sunday, March 20 with Special Guests Dierks Bentley and Jamey Johnson“Call it regressionist country, but for Houser, it is vital and potent” – Pollstar

NASHVILLE, Tenn. – On the heels of the release of his latest song “Note To Self,” country powerhouse Randy Houser unveils an innovative performance video directed by internationally acclaimed cinematographer Jay Christensen and co-directed by Spencer S. Peter, shot in one take entirely by a drone. Watch the video HERE.

Shot in downtown Nashville, the video follows Houser performing solo from Tootsie’s Orchid Lounge, across the alley and to the historic stage of Ryman Auditorium where he joins his full band.

“It was amazing to watch Jay go to work. He’s like a mad scientist with these drones,” shares Houser. “After seeing his viral bowling alley video last year, we thought about taking that concept and applying it to a performance video in these historic locations.

“We also wanted to spotlight a special part of Nashville, one that not everyone gets to experience,” the Mississippi-native continues. “The short walk between the Ryman and Tootsie’s is a path taken by some of the most legendary performers across all genres. It felt like a special way to honor and appreciate two of the city’s most enduring staples.”

Named as “one of the best voices in the genre” by Rolling Stone, Houser delivered the first taste of new music since 2019’s critically acclaimed Magnolia with the release of “Note To Self,” co-written with Ross Copperman, Casey Beathard and Bobby Pinson, with Billboard sharing the song “follows in a rich tradition of country ‘wisdom songs,’” and “Houser’s booming and nuanced country baritone is as captivating as ever.”

With multiple sold-out shows so far in 2022, Houser wrapped his headlining tour last night, Sunday, March 20 with a sold-out performance at Ryman Auditorium, with special guests Dierks Bentley and Jamey Johnson.“Harkening back to a time when country stars came, played hard and sang truth, Houser’s show spoke more of Merle Haggard’s prime, or Waylon Jennings’ – suggesting an era where songs that contained adult lives were created to give people of a certain age music that held their reality,” praises Pollstar.
“If there was ever a voice made for Ryman Auditorium, it’s yours,” Bentley said to Houser on stage Sunday night.

About Randy Houser
With an inimitable voice the New York Times describes as “wholly different, thicker and more throbbing, a caldron bubbling over,” Randy Houser racked up three consecutive No. 1 hits and more than four million in singles sales to date with his Stoney Creek Records album, How Country Feels. He topped the charts with the title track, “Runnin' Outta Moonlight” and “Goodnight Kiss” (also his first No. 1 as a songwriter) and earned critical acclaim for his powerful delivery of the Top 5 smash and CMA Song of the Year-nominated “Like A Cowboy.” Houser added a fourth No. 1 to his catalogue with “We Went” from his 2016 album, Fired Up. Following 2019’s critically acclaimed Magnolia, Houser’s “Note To Self,” is available now, with more new music on the horizon in 2022. For more information, go to RandyHouser.com.