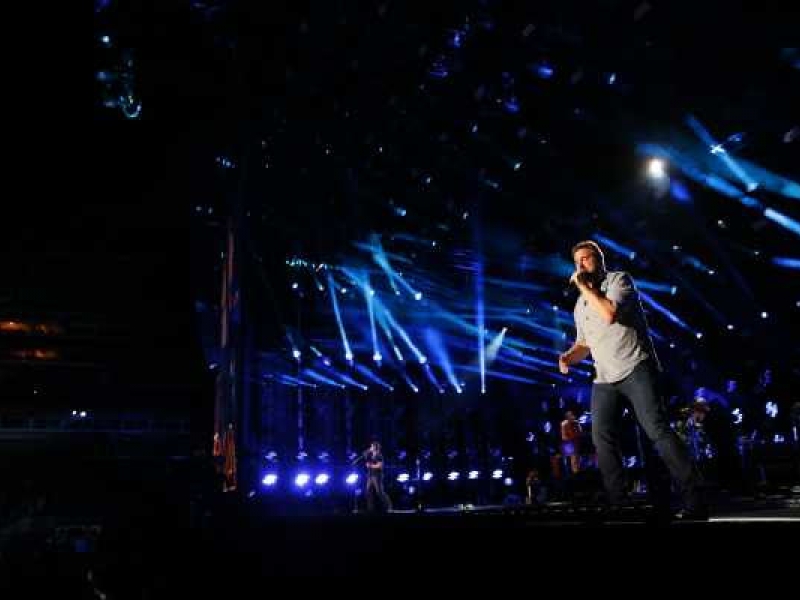 NASHVILLE, Tenn. – (June 16, 2015) -- If there was any doubt amongst the packed-in crowd at LP Field on Friday night that Randy Houser is one of the most skillful vocalists in modern country music, he crushed it with the show-stopping delivery of his Top 5 hit, "Like A Cowboy." Without so much as a soundcheck going into his set that night, Houser and his band powered through the chart-topping "Runnin' Outta Moonlight" and Houser's rollicking new single, "We Went," but it was the final song that truly got the stadium on its feet. Motioning to his band to stay silent, Houser stepped up to the mic with nothing but an acoustic guitar and his "big voice" (Taste of Country) to deliver the last ballad.

In its "30 Best Things We Saw at CMA Music Fest 2015" Rolling Stone Country praised Houser's performance for "Best Spontaneity," saying: "Since they were filmed for an ABC special to air later in the summer, the LP Field performances could sometimes feel overly rehearsed. Randy Houser, however, all but shredded the script. [On his] ballad 'Like a Cowboy,' the Mississippi singer (who is long overdue for a Male Vocalist nomination) looked to his band and called an audible, instructing them to stop playing so he could finish the song with just his acoustic guitar. It was a bold move, and also the perfect decision."

With the audience cheering and singing along with Houser, Joseph Hudak of Rolling Stone Country tweeted, "Randy Houser just called an audible mid-'Like a Cowboy' and finished the song acoustic. In a stadium. Moment of the night. #CMAFest2015" and Cindy Watts of The Tennessean shared, "@RandyHouser...if LP Field had paint on the walls, his voice would have just peeled it off. He's killing it, just him & acoustic guitar."Country Weekly added, "Man that @RandyHouser can hit some notes. Fans cheering him on at #CMAFest."

Houser also performed at the HGTV Lodge on Saturday as part of the CMA Music Festival and continues his trek with Luke Bryan on the Kick The Dust Up Tour, playing his third stadium in as many weeks when he takes the stage at TCF Bank Stadium in Minneapolis, Minn. this Saturday. For more information and the latest updates, visit www.RandyHouser.com or www.Facebook.com/RandyHouser and follow@RandyHouser on Twitter.