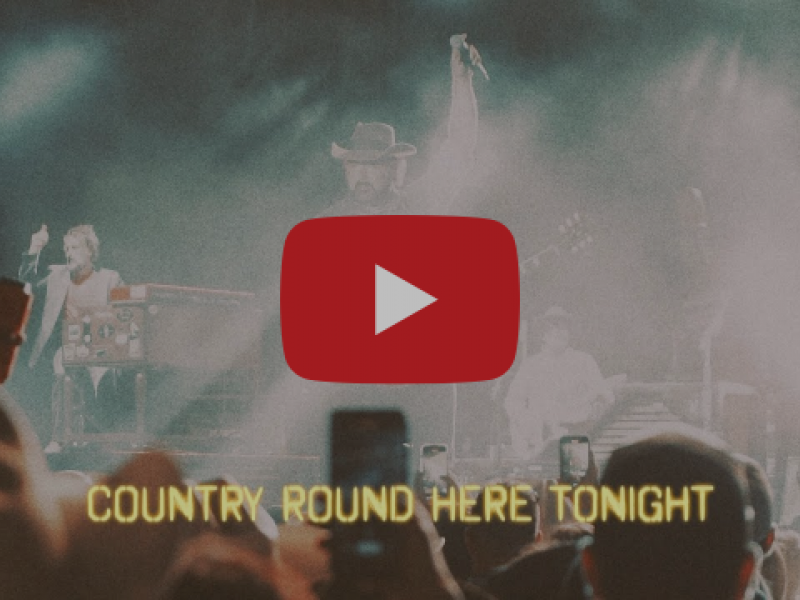 Produced by Houser and Blake Chancey, Note To Self is Set for Release
Friday, November 11; Pre-Order and Pre-Save HERE
Title Track Continues Climbing the Charts at Country Radio

NASHVILLE, Tenn. – With his sixth studio album Note To Self set for November 11 via Magnolia Music Group, the Billboard lauded “golden-voiced Mississippi native” Randy Houser releases “Country Round Here Tonight.” Listen to the song HERE and pre-order/pre-save Note To Self HERE.

True to its name, “Country Round Here Tonight” is a steel guitar and fiddle-laced track written by Houser with Brice Long and Jeff Hyde, reminiscent of the classic country hits of the 90s’ and creates a feeling of nostalgia as Houser croons about a small-town spot where everyone goes to unwind and spend their paycheck:

There’s a backed up line of four wheel drives
Filling up the parking lot
This little bar they call a hole in the wall
Is everybody’s favorite spot
There’s a saw dust floor waiting on the door
To swing wide open, let us all inside
Paycheck cash is gonna go fast
‘Bout to get country round here tonight

For all them boys in the fields making dollar bills
Stacking that hay up high
All them girls in the sand working on their tans
Down by the riverside
Getting through the day, hell, they just can’t wait
To congregate round a cold beer sign
Tie one on to a jukebox song
‘Bout to get country round here tonight

Ahead of the release of Note To Self, Houser has shared multiple tracks, with Whiskey Riff observing, “It’s easy to see that his whole album is full of deep reflection from Houser throughout his life. This is gonna be a good.”

Currently Top 40 and climbing the charts at Country radio, “Note To Self,” Houser’s first taste of new music since 2019’s critically-acclaimed Magnolia, marked his “powerful return” with MusicRow boasting the Mississippi-native “remains one of country music’s very finest vocalists. His return is most welcome, especially with such a strong song of regretful hindsight. His extraordinary voice is absolutely fierce as this hair-raising pile driver reaches its climax.”

“Rub A Little Dirt On It” delivers some much-needed wisdom that’s often forgotten in our fast-paced world – that difficult times are only temporary, sometimes alleviated by turning to places of beauty and tranquility, with Country Now sharing the song “acts as a reminder that with a little help from those places of stability, the tough days start to feel more insignificant over time.”

“Workin’ Man” illuminates the tenacity and persistence of America’s blue-collar workers among the struggles they face day-to-day to support themselves and their families, with Billboard praising, “Houser yields his enviable vocals with a rough-hewn delivery that lends grit to this radio-friendly track,” while MusicRow calls it a “rousing blue-collar anthem” that Houser sings with “a barn-burner baritone that dips and growls in all the right places.”

With multiple sold-out shows so far in 2022, including an at-capacity stop at Nashville’s Ryman Auditorium, Houser wrapped his co-headlining tour with longtime friend Jamey Johnson in April and is currently on the road with Cody Johnson. For dates, tickets and additional information, visit RandyHouser.com.