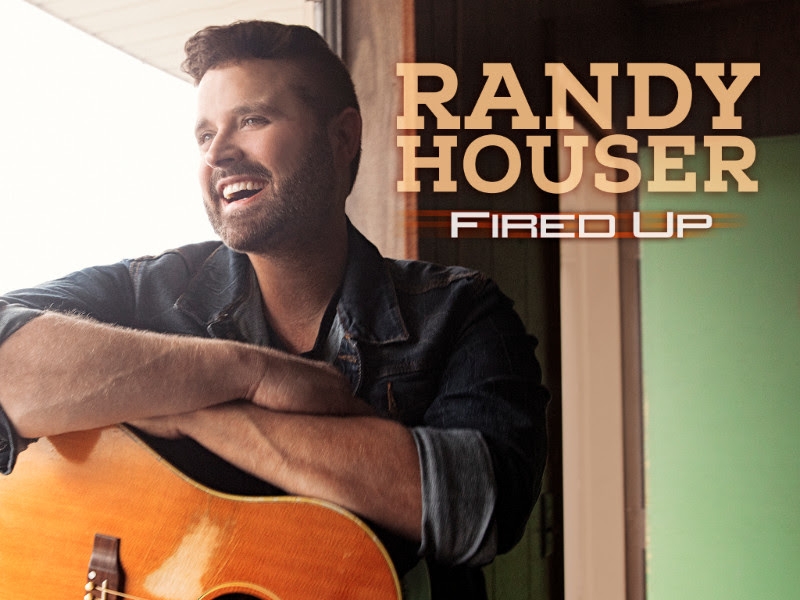 NASHVILLE, Tenn. (Jan. 11, 2016) – As the “longtime favorite in Nashville, revered for an honest — and monstrous — country voice” (Rolling Stone Country) singer of Top 15-and-climbing single “We Went” continues to churn up the airwaves at country radio, fans and industry insiders have been anxiously awaiting the arrival of a new album from Randy Houser. On Friday, March 11, the artist who Billboardraved “just might be the best male vocalist in the business” will put an end to their wait with the release of his fourth studio album, Fired Up, as first reported this morning by Rolling Stone Country’s Ram Report. The 17-song album marks Houser’s second for Stoney Creek Records, following the critically acclaimed How Country Feels.

Fired Up also finds Houser re-teaming with Derek George, the producer of How Country Feels, which ultimately yielded three consecutive No. 1 hits (“How Country Feels,” “Runnin’ Outta Moonlight” and “Goodnight Kiss”) and a Top 5 smash with the CMA-nominated “Like A Cowboy.”

"I'm very excited to finally get some new music out there,” said Houser. “Three years is a bit longer than I expected in between How Country Feels and this record, and so much has happened in that time. I wrote a handful of songs on Fired Up, but there are songs like ‘A Little Bit Older’ that I knew I had to record the moment I heard them."

The track listing for Fired Up is as follows:

About Randy Houser
With an inimitable voice the New York Times describes as “wholly different, thicker and more throbbing, a caldron bubbling over,” Randy Houser racked up three consecutive No. 1 hits and more than four million in singles sales to date with his Stoney Creek Records album, How Country Feels. He topped the charts with the title track, “Runnin’ Outta Moonlight” and “Goodnight Kiss” (also his first No. 1 as a songwriter) and earned critical acclaim for his powerful delivery of the Top 5 smash and CMA Song of the Year-nominated "Like A Cowboy." Houser’s new Top 15-and-climbing single, “We Went,” is the first release from his fourth studio album, Fired Up, which drops March 11, 2016 via Stoney Creek Records. For tour dates and more information, visitwww.RandyHouser.com or follow on Twitter@RandyHouser and www.Facebook.com/RandyHouser.