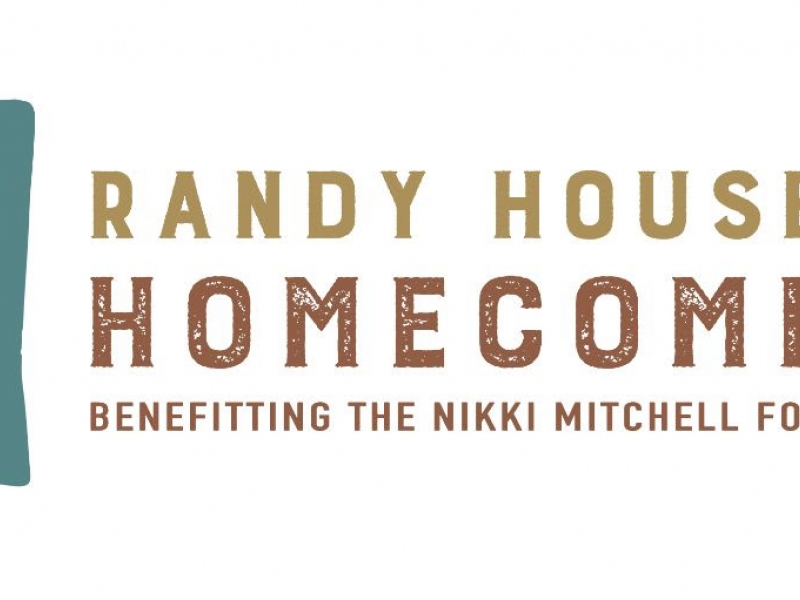 BILOXI, Miss. – Following the announcement of his sixth studio album Note To Self, Mississippi native Randy Houser will host the Homecoming Golf & Concert event benefitting the Nikki Mitchell Foundation August 14-15 at Beau Rivage Resort & Casino, MGM Resort International’s iconic waterfront destination resort in Biloxi, Miss. Tickets are on sale now, and every attending ticket holder will also receive a $50 gift card to Icey-Tek Coolers.
The Nikki Mitchell Foundation’s mission is to provide comfort and relief to those affected by pancreatic cancer while raising awareness and searching for a cure.

“I’m honored to host this event benefitting The Nikki Mitchell Foundation,” shares Houser. “I always look forward to an opportunity to give back, and to be able to support this foundation along with so many of my friends means a lot to me.”

“Randy is an integral part of the Nikki Mitchell Foundation’s Artist Board,” shares NMF Director of Development Christa Bowles. “Although he has performed at more NMF shows than we can count, this will be his first time hosting an event for the foundation. We could not be more grateful to have such a generous, caring and talented board member as our Homecoming host.”

As the title track climbs the charts at Country radio, Houser recently announced his plans to release new album Note To Self on November 11 via Magnolia Music Group, the highly anticipated follow-up to 2019’s critically acclaimed Magnolia. Produced by Houser and Blake Chancey, Note To Self features 10 tracks all co-written by the powerhouse vocalist. Pre-order and pre-save HERE.

“Blake and I worked on this record a long time, and I’m really looking forward to sharing the rest of it with the folks who’ve already shown how excited they are for new music,” says the man dubbed as “one of the best voices in the genre” by Rolling Stone.

“This album came together at a time when I was reflecting on who I am and what’s important to me, envisioning the kind of future I’d like to see for myself and my family,” Houser elaborates.

Lead single “Note To Self” marked Houser’s “powerful return” with MusicRow boasting he “remains one of country music’s very finest vocalists. His return is most welcome, especially with such a strong song of regretful hindsight. His extraordinary voice is absolutely fierce as this hair-raising pile driver reaches its climax.”

Album opener “Still That Cowboy” was written by Houser, Matt Rogers and Josh Hoge as an ode to his wife Tatiana as the couple prepares for their second child together, with CMT.com sharing “Houser has never been afraid to sing country music, and ‘Still That Cowboy’ spotlights the genre’s tenets as much as anything Houser has ever released. His baritone rings against the backdrop of the pedal steel guitar as he delivers the song written for his wife.”

Written by Houser with Randy Montana, “Workin’ Man” illuminates the tenacity and persistence of America’s blue-collar workers among the struggles they face day-to-day to support themselves and their families, with Billboard praising, “Houser yields his enviable vocals with a rough-hewn delivery that lends grit to this radio-friendly track.”

With multiple sold-out shows so far in 2022, including an at-capacity stop at Nashville’s Ryman Auditorium, Houser wrapped his co-headlining tour with longtime friend Jamey Johnson in April and heads back out on the road this summer for a slew of headlining shows, festival dates and select performances with Lynyrd Skynyrd, Cody Johnson and Travis Tritt. For dates, tickets and additional information, visit RandyHouser.com.

ABOUT RANDY HOUSER
With an inimitable voice the New York Times describes as “wholly different, thicker and more throbbing, a caldron bubbling over,” Randy Houser racked up three consecutive No. 1 hits and more than four million in singles sales to date with his Stoney Creek Records album, How Country Feels. He topped the charts with the title track, “Runnin' Outta Moonlight” and “Goodnight Kiss” (also his first No. 1 as a songwriter) and earned critical acclaim for his powerful delivery of the Top 5 smash and CMA Song of the Year-nominated “Like A Cowboy.” Houser added a fourth No. 1 to his catalogue with “We Went” from his 2016 album, Fired Up. Following 2019’s critically acclaimed Magnolia, Houser’s sixth studio album Note To Self is set for release on November 11, via Magnolia Music Group, with the title track climbing the charts at Country radio. For more information, go to RandyHouser.com.

ABOUT NIKKI MITCHELL FOUNDATION
Nikki Mitchell conceived the Nikki Mitchell Foundation in the final stages of her battle with pancreatic cancer. She became President of Waylon Jennings Music during her 22 years working directly with Waylon and Jessi Colter. The foundation fundraises for patient services, research and awareness through her connections and deep roots in country music. The foundation has given nearly $400,000 directly to patient’s expenses and $400,000 to promising research. NMF continues to work towards Nikki’s vision to prevent, detect, and cure pancreatic cancer.